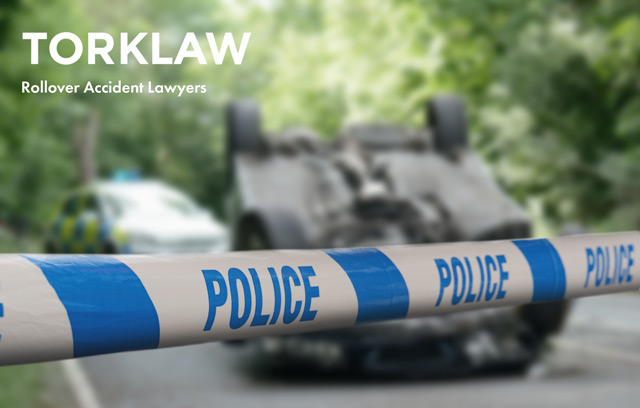 Vehicle rollover accidents are often violent and extremely destructive. According to the Insurance Institute for Highway Safety, while they account for only 3 percent of all crashes, rollovers cause about 30 percent of passenger vehicle occupant deaths, and often leave victims with devastating injuries.

If you have been injured in a vehicle rollover due to another driver’s negligence, a defective roadway, or an auto defect, the experienced vehicle rollover attorneys at TorkLaw can help you better understand your legal rights and options.

What to Do If You’ve Been Injured

If you have been involved in a rollover accident, the first thing to do is determine whether you or others are injured. If you are unable to move or are trapped in the vehicle, remain where you are until help arrives. If emergency personnel offer treatment at the scene, accept it. It is best to go to an emergency room right away, even if you think you don’t need to. After a traumatic event, shock and adrenaline can temporarily mask pain, so you should receive medical attention as soon as possible.

Be sure to file a police report. Give them your account of what occurred, to the best of your recollection. If you cannot remember something, tell the officer you can’t remember or don’t know. Don’t guess or provide inaccurate information.

Preserve your vehicle in its current condition — it might be the most important piece of evidence in your crash. The crashworthiness of the vehicle, roof strength and any vehicle stability issues due to design flaws may have been factors in the rollover. Don’t repair your vehicle until an accident reconstruction expert has examined it.

Contact an experienced rollover accident lawyer to analyze all aspects of the incident, and protect your rights every step of the way. A knowledgeable lawyer will be able to help preserve critical evidence and guide you through the claim process so you can receive maximum compensation. 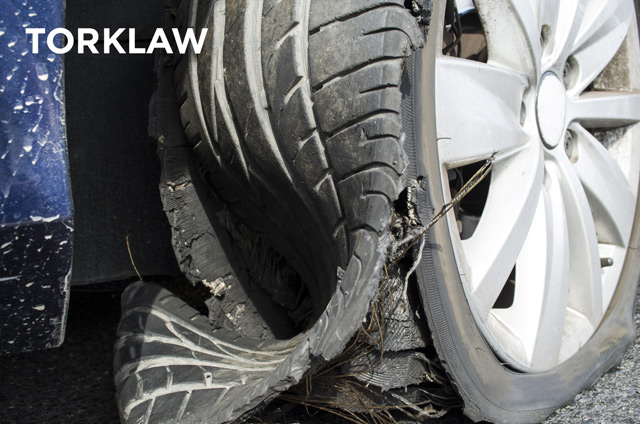 Most rollovers occur when a driver loses control of a vehicle and it slides sideways. When this happens, the vehicle may “trip” on an object such as a curb, or a guardrail and roll over. Rollovers also happen when a driver turns a vehicle too aggressively, or at too high a speed. Some rollovers are caused by forces in a multi-vehicle crash, such as a chain reaction collision or following impact with a much larger object, such as a train. However, roughly 75 percent of rollover fatalities occur in single-vehicle crashes, and more than 50 percent of vehicle occupants killed in single-vehicle crashes are involved in rollovers.

There are many situations that may cause or exacerbate these events: 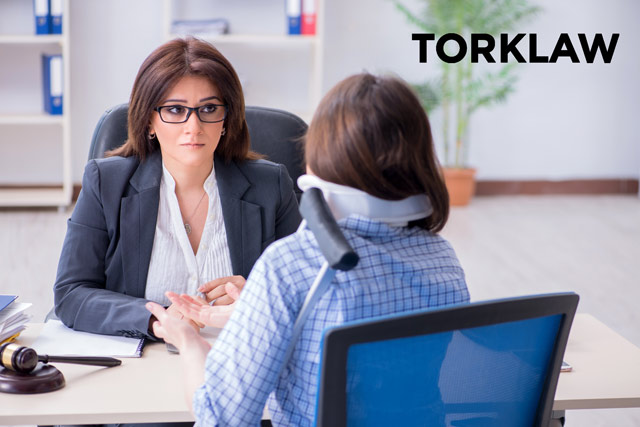 In any car accident, especially a rollover accident, investigating the cause is critical. For example, in many single-vehicle rollovers that result in catastrophic injuries or deaths, vehicle occupants are partially or fully ejected. Often, police or insurance company investigators assume the person was not wearing a seat belt. Statistics show that, 33 percent of the time, the victim was ejected despite wearing a seat belt.

Liability in such cases depends on what caused the accident and the devastating injuries. For example, if the seat belt failed, the victim may be able to file a lawsuit against the automaker and the manufacturer of the seat belt restraint system. When airbags don’t deploy properly, victims may suffer blunt force trauma injuries. These are reasons the vehicle should be preserved for a detailed examination.

In cases where reckless or impaired driving may have caused the crash, the other driver can be held liable. In cases where a dangerous or defective roadway caused the accident, the governmental agency responsible for maintaining the roadway can also be held accountable. In such cases, a claim must be filed within six months of the incident.