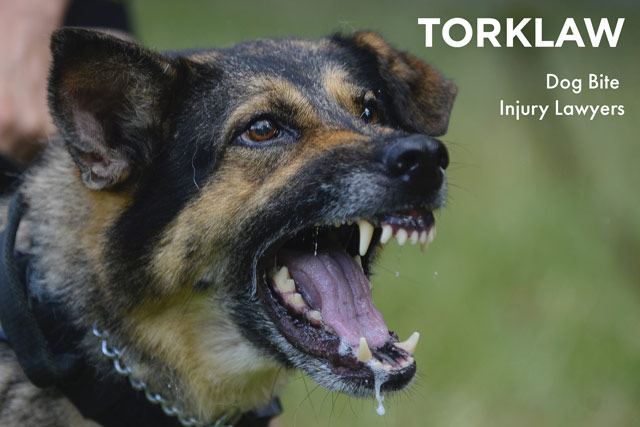 Have you, or someone you know, suffered a dog bite injury?

According to the Centers for Disease Control (CDC), around 4.5 million people in the United States are bitten by dogs annually, with almost 900,000 of them bitten seriously enough to require medical attention. Each year, more than 300,000 victims go to the emergency room for treatment of dog bite injuries. In addition to causing injury, pain, or nerve damage, dog bites can spread germs that can cause infection, illness, or in rare cases, death.

Sadly, the majority of these are young children, who are more likely than adults to receive dog bites to the face, neck, and head.

In addition to causing injury, pain, or nerve damage, dog bites can spread germs that can cause infection, illness, or in rare cases, death. In many cases, the injured person will need a tetanus shot, and sometimes, a series of painful anti-rabies shots.

Some states, like Texas, have what is called a “one bite” rule. That means dog owners are only liable if the victim can prove that the owner knew, or should have known, that their dog would bite people, or that the owner was otherwise negligent or reckless. So, the first time the dog bites anyone, the victim probably can’t show a history that the dog is dangerous.

In “strict liability” states like California, Arizona, and Illinois, the owner of a dog is legally responsible, or “liable,” for all damages suffered by any person who is bitten by the dog, regardless of the former viciousness of the dog or the owner’s knowledge of such viciousness. This is true even if the dog bites someone on the owner’s own private property, if the injured person was there lawfully, such as someone performing a lawful duty, like a postal carrier, or someone the owner invited onto the property, whether the invitation was expressed directly, or implied.

The dog’s owner is strictly liable for the dog’s actions, unless there is has a valid defense. For instance, if the injured person was trespassing or intentionally provoking the animal – for example, pulling its tail, taunting, kicking or throwing things at the dog. In those cases, the plaintiff may be unable to recover damages, or receive reduced damages due to their “comparative negligence.”

While the laws vary from state to state, generally, children under the age of four cannot be held as comparatively negligent, because the law considers them incapable of having the intention to provoke an animal. The laws on older children vary between states, or may be determined on a case-by-case basis.

Damages a dog owner may have to pay a victim in a dog bite case include medical expenses, such as:

Victims may also be entitled to recover for property damage.

If a loved one is killed by a dog, other damages may be recovered in a wrongful death case.

Once a person’s dog is reported for biting another person, by law, the dog owner must take reasonable steps to prevent the dog from biting other people. If it happens more than once, judge may order the animal to be removed from the owner, or even euthanized.

Most cities have laws requiring dogs to be on leashes, and under the control of the person walking it, when they’re not on owner’s or caretaker’s property.

A leash ordinance is designed to protect the public by imposing a private duty on dog owners to prevent their dogs from running at large. When an unleashed dog causes an injury, the injured person may recover damages from the owner, even if there is no proof that the owner intentionally or willfully caused the dog to get loose.

A dog owner is in violation of a local leash ordinance any time their dog is without a leash on public property, because they failed to take the necessary action to prevent it. Even if this is the first time the dog has ever done something like this, the failure to leash the dog is called negligence per se. Leash laws apply even when the dog is trained to obey verbal orders or hand signals.

Liability of Caregivers and Others

Under the “veterinarian’s rule,” veterinarians, kennel operators, groomers, dog walkers and other animal professionals usually can’t sue animal owners for injuries inflicted by animals under their care. People whose profession is working with animals assume a certain amount of risk that they may be bitten or harmed by them.

However, if the dog’s owner knew, or should have known that their dog might bite, but failed to inform an animal caregiver, the caregiver may be able to recover damages, since they were misled about the full extent of the risk.

If the dog injures someone while under the temporary care of someone other than the owner, that person may be held liable if the dog’s propensity to bite people was known. For instance, if a dog owner warned their dog walker that the dog might bite someone, and the dog walker did not take reasonable steps to prevent that from happening, the dog walker might be held liable.

Typically, landlords are not liable for injuries inflicted by his or her tenants’ animals, unless it can be proven that the landlord had actual knowledge of dangerous animals on the property. Even if there is a “Beware of Dog” sign, or loud barking and jumping, that doesn’t constitute evidence that the dog is likely to bite.

If you or a loved one has received a serious dog bite injury, the immediate priority is to receive medical attention right away, to prevent further damage. Seeing a physician will also help to document the incident.
Second, collect information from the dog’s owner or caregiver, as well as photos or anything other evidence.

Finally, you should retain an experienced personal injury law firm to represent you. TorkLaw’s attorneys can conduct a prompt investigation and build a case to help you recover what you need to return to your pre-injured state. Call us at 888.845.9696, or complete the form on this page, and we’ll call you.