Even as technological vehicular advancements evolve at an overwhelming pace, trains remain a very relevant mode of transportation. In Southern California and across the United States, traveling by trains continues to grow in popularity for both commuters and for transporting freight. Accidents involving trains are uncommon, but can be devastating when they do happen. Whether a train goes off the rails or strikes a pedestrian or vehicle, train accidents usually result in fatalities and/or catastrophic injuries.

If you or a loved one has been injured in a train accident, you may be facing significant physical, emotional and financial issues, wondering about how to pay the medical bills and deal with the loss of income while simultaneously coping with your injuries. You are probably thinking about how to hold the negligent parties financially responsible for your injuries and damages.

The experienced train accident attorneys at TorkLaw represent those who have been injured due to the negligence of a train operator, railroad company or others. Whether you have been injured or have lost a loved one in a train accident, please call us to find out how we can help uphold your legal rights and better explain the options that are available to you. 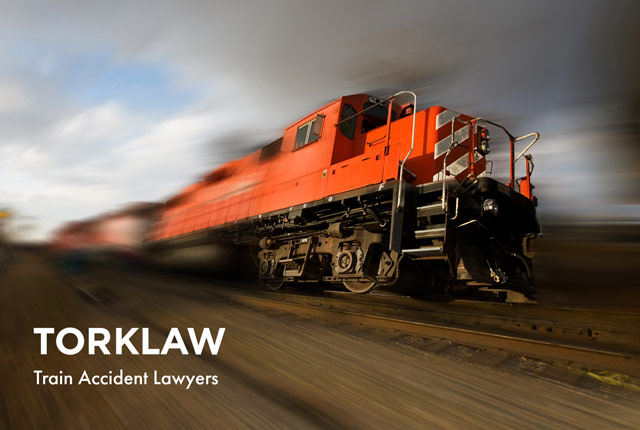 According to the Federal Railroad Administration (FRA), there were a total of 11,597 train accidents in the United States in 2017, in which 8,553 people were injured and 864 were killed.

Here are some of the worst train accidents Southern California has witnessed in recent history:

There are a number of different types of train accidents, which result in major injuries or deaths of train passengers, pedestrians, bicyclists, other motorists, or bystanders.

A collision between two trains is extremely rare, but are disastrous when they do happen. One example is the Chatsworth Metrolink train accident listed above, one of the worst in California’s history. These types of catastrophic train accidents are often caused by engineers who are distracted and fail to pay attention to signals.

Train operators who are exhausted or fall asleep on the job, may also miss signals and trigger collisions. PTC technology should prevent these accidents; however, not all trains are equipped with this technology yet.

Train derailment occurs when a train goes off the tracks and crashes, due to a number of reasons, including operator error/failure to follow safety protocols, faulty equipment, lack of train maintenance and debris on the tracks. Derailment of passenger trains often result in major injuries because train passengers do not wear seatbelts, and may be thrown around inside the cars or even ejected from the cars, which may result in severe blunt-force trauma injuries or fatalities.

Trains may also collide with cars or trucks at crossings. These accidents are typically caused by lack of adequate warnings at railroad crossings. According to the FRA, more than 50 percent of all railroad accidents nationwide occur at unprotected crossings. More than 80 percent of railroad crossings lack warning devices such as flashing lights and bells. In some cases, the gates or arms may not function properly thereby failing to warn oncoming motorists about approaching trains.

Train Collision with Pedestrian or Cyclist

These types of accidents occur in metropolitan as well as rural areas and usually tend to be fatal. As mentioned previously, they are typically caused by lack of proper warning signs at railroad crossings. 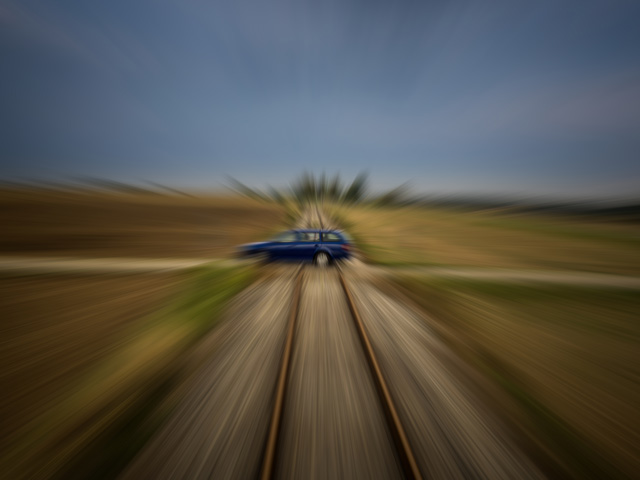 What Should You Do After a Train Accident?

If you or a loved one has been injured in a train accident, there are a number of steps you can take to help protect your legal rights and options:

It is important to receive prompt medical attention, treatment and care. In the event of a train accident, it is likely that emergency personnel will set up triage areas to attend to the wounded. Those who have been seriously injured will be transported to area hospitals and trauma centers depending on the nature and severity of their injuries. Catastrophic injuries may require air transportation. If you have been injured, do not decline treatment at the scene. Getting immediate medical attention not only helps you on the road to recovery, but also provides documentation of your injuries and the treatment you received.

Train accidents are often investigated by local law enforcement agencies and also by the National Transportation Safety Board (NTSB), which will compile a detailed report. These findings may be not be released until several months after the train accident. As a train accident victim, you need to gather as much evidence as possible.

Try to obtain photos and video from the scene of the crash. Obtain contact information for fellow passengers and any bystanders who may have seen what occurred. Get names for emergency personnel who responded to the scene. If a train hit your vehicle, be sure you preserve the vehicle until a crash reconstruction expert has examined it. If you were a train passenger, be sure to preserve your ticket, which shows that you were in the train at the time of the accident. If you are injured and are unable to do so, ask a family member or a friend if they can help do some of these things for you. Your train accident attorney can also help in that regard.

Do Not Discuss Your Case Except With Your Attorney

Do not discuss the details of the case with anyone other than your attorney. The investigation into a train or railroad accident may take several months to be completed. It is best not to second-guess what happened or talk about who was at fault. Do not talk to investigators without your attorney by your side. This is because anything you say during such interviews can and probably will be used against you, should you choose to file a civil personal injury claim.

Contact an experienced train accident lawyer with a thorough knowledge of how these types of cases should be handled. Please remember that your lawyer can be present during interviews with insurance companies and investigators. Your attorney can also help you compile the evidence you need to strengthen your case and help protect your rights every step of the way.

Who Can Be Held Responsible?

There are a number of reasons train accidents occur. A knowledgeable train accident lawyer will look at the facts of the incident with the help of engineers, accident reconstruction specialists, and other experts to determine precisely what occurred and why. Depending on the nature and circumstances of the train accident, a number of parties may be held liable.

All passenger and freight train operators are required to keep their vehicles and equipment in good condition. They are also responsible for hiring employees with good records, health. and background. These employees must be trained properly to perform their jobs. They must also receive training on safety procedures and protocols.

Train engineers are required to take sufficient breaks so they do not become fatigued on the job. Engineers who fall asleep on the job cause a number of train accidents. In cases where operator error or negligence causes the train accident, both the operator and his or her employer – a transit agency or train company – may be held accountable.

Owner of the Track

Driver of a Vehicle:

In a crash that was caused by the driver of a passenger vehicle, the motorist can be held liable for the injuries, damages and losses caused. Such accidents often occur due to drivers who are impaired, distracted or operating in a reckless manner. 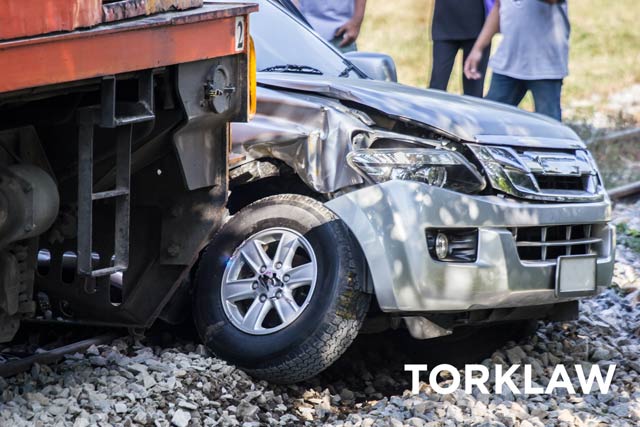 Here are some of the most common injuries sustained in a train accident:

The Value of Your Train Accident Claim

The value of your train accident case depends on the nature and extent of the injuries you have sustained. The first step in such cases is to evaluate your injuries, as well as all expenses related to the medical treatment you have received and anticipate needing in the future. For example, you may need rehabilitative therapy as well as surgical intervention, including cosmetic surgery to repair scars or disfiguring injuries. Those types of expenses should be included in your claim, as should any wages you have lost. If your injuries are permanent and resulted in lifelong disabilities, you should include lost future income and loss of earning capacity.

Most personal injury claims, including train accident claims, should include compensation for pain and suffering as well. This includes physical pain and the emotional anguish you experienced after the accident. Your train accident lawyer will be able to calculate the amount of damages you should seek.

Here are some of the common losses you can claim in a train accident lawsuit:

If you have lost a loved one in a train accident, you may be able to file a wrongful death lawsuit against the at-fault parties. A wrongful death lawsuit is brought by the survivors of a decedent such as a spouse or partner, children (minor or adult) and other family members or individuals who may have been financially dependent on the victim. Such lawsuits usually seek compensation for damages such as medical and funeral costs, lost future income, pain and suffering, etc.

At TorkLaw, we understand the devastation caused by train accidents and the impact these traumatic events have on people’s lives. We will fight hard to protect your rights every step of the way and help you receive maximum compensation for your losses. Please contact us for a free consultation and comprehensive case evaluation.