Passenger Rights In An Auto Accident

What Are My Rights as an Injured Passenger in an Accident?

In automobile accident cases, an injured passenger has rights. In most cases, motor vehicle passengers are not at fault, and the amount of damages they can collect is not limited.

For example, a passenger who was injured in a single-vehicle crash that was caused by to the driver’s negligence, such as speeding and losing control of the car, has the right to sue the driver for damages such as medical expenses, lost wages, and pain and suffering. The driver of a motor vehicle owes passengers the duty to use reasonable care in the operation of the vehicle, and is legally responsible, or liable for the injured passenger’s damages.

The Driver Owes a Duty of Care

The driver or operator of any motor vehicle, watercraft, or airplane (or any type of transportation or recreation vehicle) has an obligation to drive carefully to prevent injury to passengers, and other vehicles. This is known as the duty of due care. If a driver fails to use due care, and a passenger is injured or killed, that passenger or the passenger’s heirs have the right to recover damages from the driver.

Claims Against Other Drivers

Now suppose you are a passenger in car that collides with another vehicle. If both drivers were partially at fault, the driver of the car in which you were riding will be limited in his or her recovery based on his or her comparative negligence. If the driver was 50 percent responsible for the accident, then his or her recovery is cut in half.
Because you were not at fault in any way, however, you are entitled to recover the full amount of your damages. You may sue both drivers. This is especially important if you have suffered severe injuries, and your damages are higher than the individual insurance policy limits of each driver. In such a situation, you could sue for the maximum allowed under both insurance policies. If their policy amounts don’t cover your damages, you can also file a personal injury lawsuit.

There are situations in which a passenger may be considered either at fault, or comparatively negligent.

One example is if a passenger interferes with the driver’s actions, for instance, by grabbing the wheel or physically attacking the driver.

Another example is if you willingly got into a car driven by a person you knew to be under the influence of alcohol or drugs. Let’s say you’ve been to a party and the friend who drove you there becomes visibly drunk. You know your friend is legally impaired, but allow your friend to drive you home anyway. On the way, the driver runs off the road and hits a telephone pole, causing you serious injury.

In areas where comparative fault or comparative negligence applies, your damages would be reduced based on the degree to which you are found negligent. In the example of the drunk driving crash, suppose the total amount of your damages was $100,000, but the court finds you 40% responsible for your own injuries by knowingly entering a car driven by an impaired driver. The amount you could recover from the driver’s insurance would be reduced by 40%, so instead of receiving $100,000, you would recover $60,000.00.

What Should I Do Next?

If you are an injured passenger in a vehicle, watercraft, or private airplane that was in an accident, whether it is the fault of the driver or another car, there are things you should do to protect your right to recovery.

If Another Vehicle was Involved

If your injuries are serious, or if the death of a loved one is involved, contact an experienced personal injury lawyer right away. Do not talk with an insurance company investigator or adjuster before you have had the chance to retain a lawyer. The lawyer may advise you against giving a statement to the insurance company’s adjuster, because an innocent comment might be used to diminish or deny your claim. 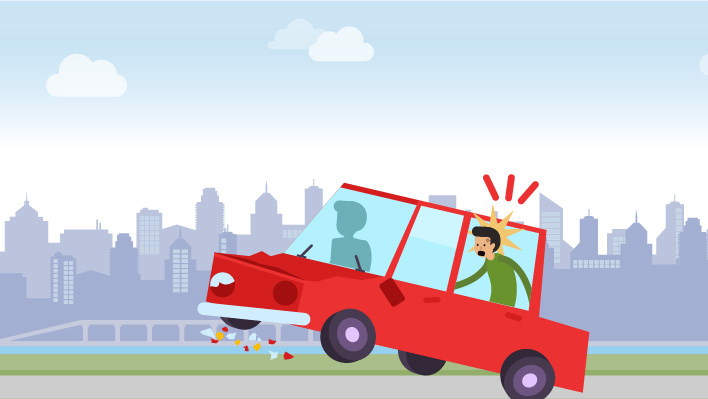 If the Accident was Relatively Minor

Except in the most minor cases, where there is little damage and no known injuries, it is always a good idea to call the police to the scene. Even if the police officer does not make an official report of the accident, he or she can take the information from the parties and identification and contact information for witnesses. 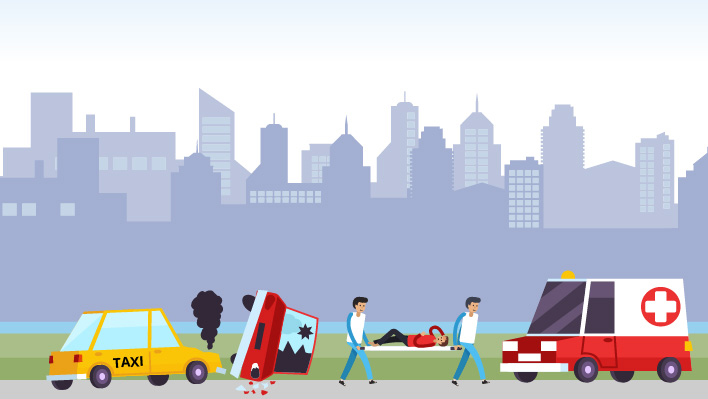 What if the Driver Says They Will Pay For My Injuries?

Suppose your friend asks you not to report the claim to his or her insurance company, and tells you he or she will pay for your injuries. Should you agree to do so?

Even if your friend honestly intends to pay all of your medical expenses and lost wages stemming from the accident, he or she may change his or her mind or be unable to fully compensate you for your medical care or time off work.

When it comes to your health and well-being, it is better to collect from insurance.

What if You Don’t Know Who Is at Fault?

What if you’re an injured passenger in a car that crashes, and each driver blames the other as being the cause of it? Car accident cases in which both parties were at fault can become complicated, as the other driver’s insurance company will try to place all or most of the blame for the accident on the driver of the car you were in.

It is critical to be represented by an experienced personal injury lawyer in situations such as this, especially if your injuries are serious.

Suppose, at the scene of the accident, you tell the driver, police officer, and others that you aren’t hurt. But several days after the accident, you wake up with a severely sore and stiff neck, back, and injuries. Could this be due to the accident?

Yes. It is not at all unusual for injuries from a traffic accident to show up several days, even weeks, after the accident. You should immediately make an appointment with your physician for evaluation. Your primary care physician may prescribe muscle relaxants and painkillers, and/or refer you for physical therapy. Additionally, you may wish to call an experienced personal injury lawyer, who often may be able to steer you to a physician who specializes in this type of injury.

Besides physical injuries, you may also suffer severe psychological injuries. After a person has been in a serious traffic accident, it is not at all unusual for him or her to symptoms of post-traumatic stress. This type of injury is serious and compensable.

Why You Need to Hire a Personal Injury Lawyer Immediately

If you have been injured or a loved one killed while a passenger in a motor vehicle, watercraft, aircraft, or other means of private transportation or recreation, you should contact an experienced personal injury law firm as soon as possible. The law firm may want to send its own investigator to the scene of the accident to inspect the scene and collect evidence before conditions have changed. The attorney or his or her investigator will also want to talk to any witnesses to the accident while the events are still fresh in their minds. 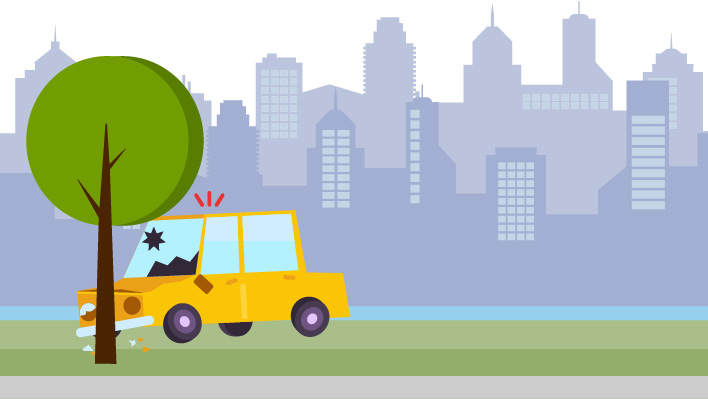 Insurance Companies Will Try to Take Advantage of You

The insurance adjuster will want to take your statement as soon as possible. Do not give the adjuster a statement before you have retained an experienced personal injury lawyer. The adjuster is trained to elicit responses that could diminish your claim.

An experienced personal injury law firm can help you obtain appropriate and thorough medical care for your physical, emotional, and psychological injuries suffered from the accident, and ensure are fully compensated for all your injuries and damages. At TorkLaw, we work on a contingency fee basis, which means you don’t pay a dime unless and until a settlement or verdict is made in your favor. Call us today: 888.845.9696.