Can I Sue The Bar That Served Alcohol to the Person That Hit Me?

Suppose you’re driving down the road one night and you’re hit by a drunk driver going at full speed. You suffer severe injuries. Worse, the driver is uninsured, and you don’t have uninsured motorist coverage.

Who will pay your bills? Can you sue the bar that served him multiple drinks and watched him stumble to his car?

The answer to that question depends greatly on the dram shop laws where the accident took place.

The term dram shop is derived from a Scottish-Gaelic term that purveyors of alcohol typically used for a measurement of drink. These days, the actual amount of a “dram” is flexible, but it’s roughly 1⁄8 of a fluid ounce in the U.S., or somewhere between 25-40 ml, depending on where you are in Europe.

Dram shop laws regulate the civil accountability of liquor stores, bars and social hosts who provide alcohol to a person who, after being served, suffered injures after being hit by a drunk driver. In some states, in addition to suing the driver, an injured person may be able to recover damages from a third party, such as a bar, restaurant, or even a private individual who served alcohol to the driver.

But dram shop liability varies greatly depending on the Dram Shop Acts, or the body of laws in each state governing the liability limits of those who sell and serve alcohol. Take a look at the laws in the different states where TorkLaw practices: almost each one is unique. This is why it’s important to hire a personal injury lawyer who knows the law in the state where you were injured. 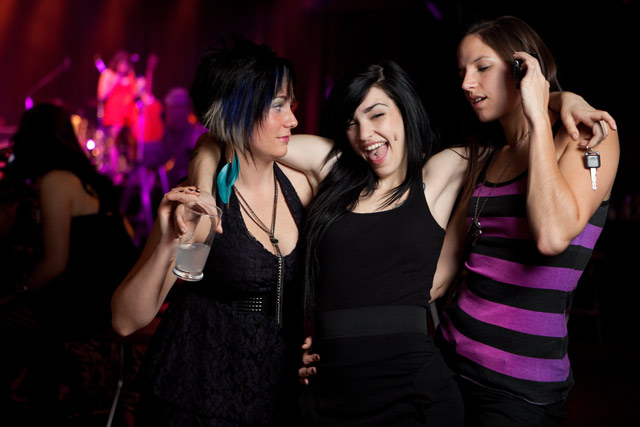 California’s dram shop law significantly limits the civil liability of third parties in alcohol-related incidents. California law states that alcohol-related injuries are caused by the consumption of alcohol by an intoxicated person, and not by the sale of alcohol to that person. Therefore, the person who chose to drink alcohol is liable for all damages he or she causes while intoxicated, not the establishment who served it.

There are two exceptions to this law, and they both involve serving alcohol to minors. California’s social host liability laws say that adults who provide alcohol to anyone they know (or should know) is under 21 may be found liable for a death or injury that person causes — if the alcohol was the proximate cause.

If you are hit by a drunk driver in California, and that driver is a minor who consumed the alcohol at the home of an adult friend, you may be able to sue that friend for your injuries.

The second exception is when a business licensed to sell alcohol provides it to a minor who is already obviously intoxicated. Whether it is a bar, restaurant, liquor store, or even a supermarket, the business can be held liable for any harm done by that minor, again, if the alcohol was the proximate cause of the harm — but only if the minor was already clearly intoxicated when they sold the alcohol.

In California, the statute of limitations requires that you file a lawsuit for a personal injury within two years of the incident. You have three years to file a claim for property damage.

Arizona’s dram shop laws hold a licensed restaurant or bar (“licensees”) liable for damages caused by intoxicated individuals they served only if:

Under Arizona law, “obviously intoxicated” means that the person’s physical faculties are substantially impaired in a way that is apparent to a reasonable individual.
However, Arizona law has an interesting twist. If the injured person was present when the intoxicated person was being served alcohol, and knew the person was intoxicated, then the vendor is not liable.

For example, Cameron and Casey went out for drinks together in Phoenix. Casey saw Cameron being served alcohol at the bar, and knew that Cameron was under the influence when they left in separate cars. While driving home, Cameron’s intoxication caused a collision with Casey’s car, injuring Casey. In this case, Casey cannot sue the Phoenix bar that served Cameron.

Additionally, Arizona law does not allow claims against “non-licensees,” or social hosts who serve alcohol at their homes, unless the person they served, and who caused the injury, was 20 years old or younger.

If you are hit by a drunk driver in Arizona, you must file a dram shop case within two years.

The Code of the District of Columbia (D.C.) does not specifically create a cause of action for a person injured by an intoxicated person to sue the licensed vendor that sold the alcohol. However, D.C. Code prohibits licensed alcohol vendors from selling or serving alcohol to anyone who is or seems to be already under the influence. Because the D.C. courts have ruled in favor of parties who have sued such vendors for injuries caused when they disregarded this prohibition, those decisions created a precedent that now provides that right.

The D.C. code also has a unique element in that it also prohibits selling or serving alcohol to “a person of notoriously intemperate habits” – that is, a person with a known drinking problem.
In Washington, D.C., however, doesn’t allow claims against non-licensees who serve alcohol at their homes, even if they served a guest under 21, knowingly or not.

The statute of limitations in D.C. for dram shop cases is three years. 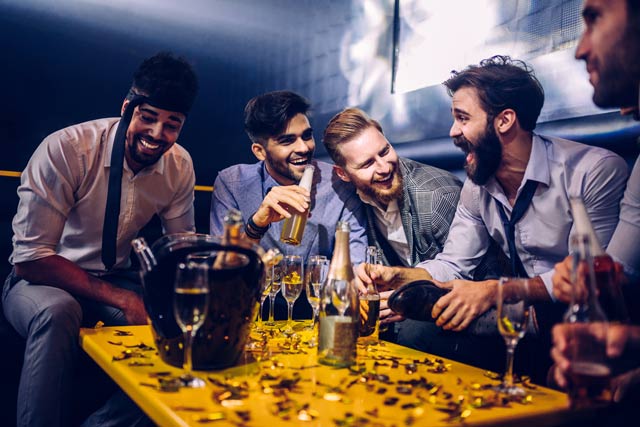 Like many other states, Georgia law says that a licensed vendor of alcohol is liable for injuries caused by intoxicated minors they served, or adults who were noticeably intoxicated – but only if the vendor knew that person would be driving a motor vehicle soon.

The same law holds true for social hosts in Georgia.

So let’s say a person in Savannah is under 21, or is visibly intoxicated in a bar, a liquor store or another person’s home. The vendor or host sells or serves that person an alcoholic beverage, knowing that they are getting right in their car and driving away. In that case, the vendor or host is liable for any damages or injuries the intoxicated person causes.

If you are hit by a drunk driver in Georgia, you have two years from the date of injury to file a dram shop claim.

The Illinois “Liquor Control Act” holds businesses liable for any damages caused by intoxicated patrons, if the alcohol they sold was the proximate cause of the patron’s intoxication, and that the intoxication was at least one major cause of the damage.

So, in Illinois, third-party plaintiffs may sue multiple businesses, if, for instance, the at-fault person drank at several different bars that night. Unlike in some other states, it doesn’t matter whether the establishment didn’t know the person was already intoxicated.

However, Illinois law does not allow similar claims against social hosts who serve alcohol at their homes.

In Illinois, the amount of damages you can collect from a dram shop is updated each year on January 20, by a percentage equal to the change in the consumer price index in the preceding year. Also, the state caps the compensation at $45,000 for injury and $55,000 for loss of support/companionship. There is a one-year statute of limitations for filing the claim under Illinois law.

The laws in Nevada are similar to those in California. Any person who serves or sells alcohol to a person over the age of 21, whether a licensed seller of alcohol or a social host, is not liable in any civil action for any damages or injury the intoxicated person causes.

However, if the intoxicated person was a minor, the vendor or host who sold or served the alcohol may be held liable. The Nevada statute of limitations on dram shop cases is two years.

Maine’s Liquor Liability Act applies to both alcohol vendors and social hosts. This law states that they can be held liable for providing alcohol to a minor (under age 21) or a visibly intoxicated person.

However, Maine allows up to six years to file dram shop claims. 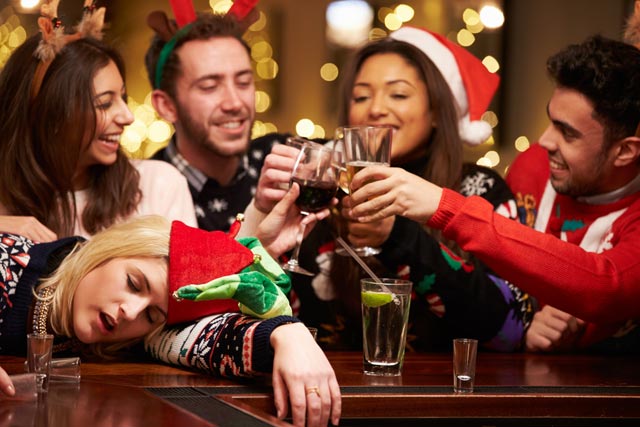 The statute of limitations on dram shop cases in Michigan is three years.

Under the Texas Dram Shop Act, in the state’s Alcoholic Beverage Code, licensed alcohol vendors may be held liable for injuries caused by a customer if they sold or gave alcohol to:

In both cases, the plaintiff must show that the person’s intoxication was a proximate cause of the injury.

Under Texas law, a social host over 21 may be held liable for injury caused by a minor under the age of 18 to whom they either gave or knowingly allowed to consume alcohol on their property, whether or not the minor was visibly intoxicated. The statute of limitations for filing such a claim in Texas is within two years of the date of the injury.

In Washington state, the law prohibits licensed alcohol vendors from selling or serving alcohol to minors under age 21. Washington state courts also allow civil claims against these vendors by those who have been injured by the intoxicated minors they served. An injured party can also file a claim against a social host for injuries caused by intoxicated minors they served.
In 2004, the Washington Supreme Court also upheld a dram shop claim against a licensee that sold alcohol to an adult who was obviously intoxicated at the time.

If You Are Hit by a Drunk Driver

Drunk drivers cause injuries and death on U.S. highways every week. Sadly, these incidents only increase during the year-end holiday season.

If you’ve been hit by a drunk driver, or a loved one has died because of a drunk driving accident, an experienced attorney can assess state law to determine what parties may be liable for your damages. The legal professionals at TorkLaw are experts at analyzing car crash injury claims and are standing by to provide you or your loved ones with a free consultation. Call our law firm at 888-845-9696.