Helping the injured and loved ones of those killed in an accident with an 18-wheeler, semi-truck, or tractor-trailer 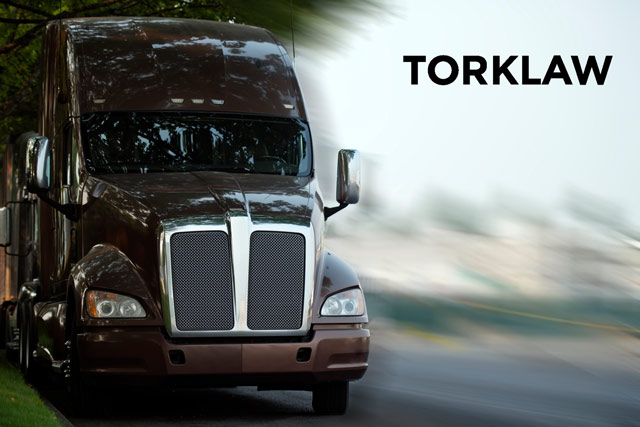 You need a semi truck accident lawyer if you have been injured or a loved one has been killed in an accident with an 18-wheeler, a semi-truck, or a tractor-trailer. And you’re not alone. Every year, large truck accidents kill about 5,000 people and injure around 120,000.

Because of the vast weight difference between a fully-loaded cargo truck and a passenger vehicle like an automobile, SUV, minivan, or pickup, the passengers of smaller vehicles involved in truck collisions often suffer serious injuries, including death.

Because most commercial trucks are driven for major corporations, truck accident injury victims often find themselves struggling to recover the money they are owed.  A semi-truck accident lawyer can relieve that burden and ensure you are adequately compensated.

Semi-trucks may weigh 20 to 30 times as much as the ordinary car, and have unique safety concerns:

Additionally, many semi-truck drivers are on the road for hours on end with little sleep. The federal government regulates how long a trucker can drive without rest; however, some truckers and trucking companies are not exactly scrupulous about following the rules. Compensation structures may (purposely or inadvertently) provide incentives for truck drivers to drive longer hours.

When truckers work longer hours, it increases risk to everyone on the road. The Consolidated and Further Continuing Appropriations Act of 2015 relaxed some of the requirements mandating rest periods for truck drivers. That year, truck accidents rose by 8%, and have continued to increase each year since.

Trucking Accidents and Injuries By the Numbers

Trucking, in many ways, is the backbone of the modern American economy. Without trucks, we couldn’t ship products across the country as easily or with as little cost.

Many people owe their livelihoods to trucking: according to the American Trucking Associations, there are 7.4 million people employed in the American trucking industry, including 3.5 million truck drivers.

The Federal Motor Carrier Safety Administration’s 2018 Pocket Guide to Large Truck and Bus Statistics reports that in 2016, there were more than 2.7 million tractor-trailers registered in the U.S., and they travelled a total of 287.9 billion miles on U.S. roads that year. (The FMCSA is a division of the U.S. Department of Transportation.)

Also found in that publication is 2016 roadside inspection data. This data shows that a total of 342,736 drivers were cited for failure to log, update, or provide accurate information Driver’s Record of Duty Status in that year alone. 51,149 drivers had worked beyond the eight-hour limit since the end of their last off-duty or sleeper period. 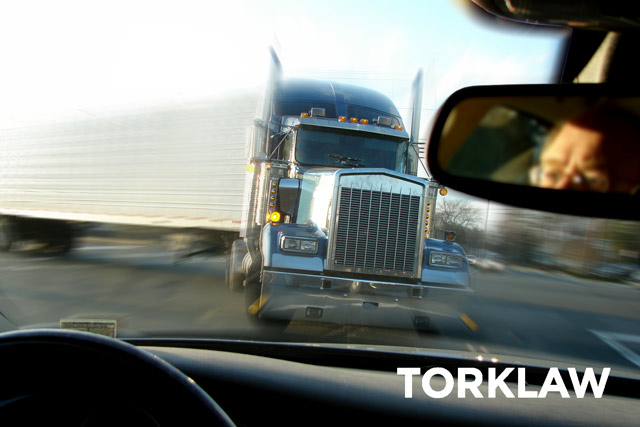 The FMCSA federal regulations regarding truckers, including quality control, weight limitations, and mandated rest time. The FMCSA also enforces the Commercial Motor Vehicle Safety Act of 1986, which outlines the standards for obtaining a commercial driver’s license (CDL). All truck drivers must obtain a CDL, which are more difficult to obtain than ordinary licenses.

The federal regulations concerning trucking can be found in Title 49, Subtitle B, Chapter III of the Code of Federal Regulations.

There are also many state regulations concerning semi-trucks, and determining fault for a truck accident will often involve consideration of both state and federal laws.

A semi-truck accident lawyer can help you file a lawsuit against several different parties at once. These include the truck driver, the truck owner or lessee (if it was leased to someone other than the owner), the team(s) responsible for maintaining the truck or loading its cargo, the entity responsible for the design or maintenance of the roads where the accident occurred, and/or the manufacturer of the truck or the faulty parts.

By expanding the scope of the lawsuit, a plaintiff in a truck accident case can increase the number of damages they are eligible to recover. One caution, however: even if you can maximize your compensation, you will never be allowed to “double up,” or recover more compensation than the total amount of your damages. 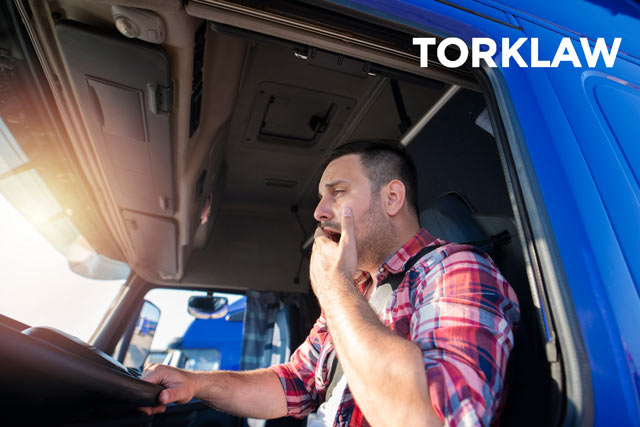 How Much Can I Recover in a Truck Accident Case?

You may be eligible to recover significant damages for your truck accident injuries. As mentioned above, you may be able to file a claim against multiple parties. Additionally, commercial truck drivers must have higher insurance policy limits than ordinary drivers. You can file a claim to the full extent of those policy limits.

One issue that increases the complexity of truck accident cases is the distinction between employees and independent contractors:

In general, the law makes employers more responsible for the actions of employees than for the actions of independent contractors. If you were in a collision with a truck driver who was an employee of a company, then their employer may be found responsible through the legal doctrine of “vicarious liability,” even if there was no direct liability.

However, if you were in a collision with a truck driver who was an independent contractor, it may be harder for you to seek damages from the company, unless you can prove that it played a direct role in bringing about the accident. This makes hiring the right lawyer more important than ever.

Determining Fault After a Truck Crash

Sometimes, drivers of ordinary vehicles can be at fault in a collision with a truck.

As a road user, you still have a duty to drive carefully and avoid collisions with other vehicles, including trucks. If you breach this duty, you shouldn’t expect any damages, and in fact, may have to pay for damages to the truck or its driver.

If both parties were responsible to a degree, you still be able to collect damages, but they will be diminished according to the rules of comparative negligence: you’ll receive a percentage of the damages based on the percentage of responsibility the other party is found to hold.

The standards of comparative and contributory negligence vary from state to state, so check to see what the standard is for your area.

How a Semi Truck Accident Lawyer Can Help

In most truck accident lawsuits, the plaintiff must prove negligence. A lawsuit based on negligence has four elements: duty, breach of duty, harm, and causation.

In other words, you must prove that the defendants had a certain duty to you (such as a duty to drive safely or keep the truck in good working condition), that they failed to uphold this duty, and that you suffered certain harm (such as injuries or damage to your car), and that this harm was directly caused by the breach of duty.

In many cases, the trucker merely breaking the law is enough to prove negligence; this is known as negligence per se.

In a few cases, a truck accident lawsuit may be prosecuted under strict liability, which means that it is not necessary to show negligence on the part of the defendant; you must merely prove that you had an accident and it can be traced back to the defendant’s actions. This standard can only be used in a few situations, typically involving defective consumer products.

The three types of damages you may collect in a truck accident lawsuit, as with any suit, are:

The types of damages you are eligible to collect will depend on your case — and the quality of your semi-truck accident lawyer.

What to Do If You Are in a Truck Accident

In the event of a truck accident, you should take the same steps as in any ordinary motor vehicle accident.

First, make sure that you and others involved in are safe. Call 911 if you see any injuries, and do not attempt to move any injured people (unless necessary to get them out of the road). If your car is still working, try to move it out of the way of traffic.

Next, exchange information with the truck driver. If the truck driver flees the scene, try to get a thorough description of the truck. A lawyer may help subpoena footage from any nearby security cameras.

Get the trucker’s name, contact information, and insurance information, as well as information about the company for whom they were driving at the time of the accident. Provide your own information, but aside from this, try to say as little as possible. Don’t lose your temper, even if you are justifiably angry, and don’t apologize for the accident! This can be taken as an admission of guilt.

You should always call the police after a truck accident. The police will write up an accident report, which will include a determination of fault. This may differ from that of the insurance adjusters, and police reports can be helpful to your case. TorkLaw can order a free copy of your police report.

If you are in any condition to do so, begin collecting evidence at the scene. Take pictures of the crash, including pictures of both vehicles, as well as the surroundings. Record the names and contact info of any witnesses. They might be able to testify and help your case later.

In addition, keep accurate medical records of all your truck accident injuries. Keep a daily journal of all the ways in which your injuries interfere with you living your activities. This is important for your ability to recover the maximum amount of damages (including both economic and noneconomic damages) later.

Finally, and most importantly, do not talk to the trucker’s insurance company! Truck companies, like any other insurance companies, are looking for any opportunity to deny your claim. Don’t agree to any recorded statements or accept any settlements, no matter how reasonable they may seem on the surface. Always deal with these entities through your lawyer, or with a lawyer present.

Fortunately, with the right legal representation, the frightening world of truck accident law is manageable. By handing your case over to a skilled semi-truck accident lawyer at TorkLaw, you can ensure that you receive the maximum amount of damages to which you are entitled, while you focus on your own recovery. Call us today for a FREE consultation!