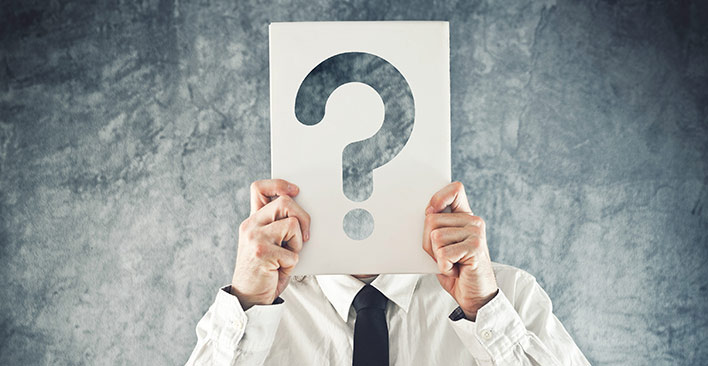 Q. What type of monetary damages am I entitled to if I’ve been injured by another person’s negligence?

A. There are two basic categories of monetary compensation, or damages, you can recover: economic damages and non-economic damages. Economic damages consist of money you have paid or will pay out-of-pocket, such as certain medical expenses and lost wages. Non-economic damages are for your pain and suffering and other “intangible” losses that aren’t easily priced. Punitive damages can be recovered in cases of egregious negligence, or in which the other party deliberately or intentionally injured you, as in an assault and battery.

Q. Before the injury, I worked for myself but am no longer able to do that anymore. Am I entitled to damages for the loss of my business?

A. If you have run your own business for more than one year, you are entitled to be compensated for your monetary losses due to your inability to work. If you were working at your own business for less than a year, you typically cannot recover for lost wages, as the law considers this to be an insufficient record, and determining an amount would be speculative. If you’ve run your own business for several years, and your gross receipts have increased but you don’t show much profit due to substantial expenses and reinvestment into the business, the court will take this into account. Business valuation experts can determine your loss compared to what you could have expected to earn had you not been injured.

Q. After my auto accident, I suffered through several months of severe pain. Does the other party have to pay me for that?

A. Yes. Pain and suffering damages are fully compensable. They are classified as “non-economic” damages, as there is no precise, documented monetary loss you can show on a flow chart or receipt. Often the amount for pain and suffering exceeds the cost of medical treatment for your injuries.

Q. Before the accident, I was an avid runner and tennis player. Because of my injuries, I can’t do those activities anymore. Should the person who injured me pay for this?

A. Yes. You are entitled to damages for loss of or impaired “enjoyment of life.” What this means is that if, because of the accident, you are no longer able to participate in activities that you enjoyed, the person must compensate you fairly for these damages.

Q. I suffered a disfiguring scar on my face as a result of the accident . Am I entitled to receive monetary damages for that?

A. Yes. You are entitled to be fully compensated for disfigurement and humiliation. If you undergo reconstructive surgery by a plastic surgeon or other doctor, you are usually entitled to all economic costs involved in the surgery (such as the doctor’s fees, the hospital’s charges, etc.), as well as the pain and suffering you experience because of the surgery.

Q. My spouse was seriously injured in an accident. We can’t go for evening walks anymore, and our sex life has been nonexistent. I miss those intimate times. Can I be compensated for my losses?

A. Yes. When a spouse is injured, the other spouse is entitled to recover monetary damages for “loss of consortium.” In days past, “loss of consortium” was associated with the inability to have sexual relations, either for physical or emotional reasons caused by the accident. Recovery for loss of consortium applies only to married couples and registered domestic partners.

Q. My son suffered severe brain damage in a near-death drowning at my neighbor’s pool because there wasn’t adequate supervision. Now we can no longer play or engage in the fun activities we used to. Can I recover damages for loss of consortium due to his injuries?

Q. The doctor told me that because of the injuries I suffered in the accident, I am now at more risk for future medical problems and my expected life span decreased by 10 years. Am I entitled to recover monetary damages for that?

Q. Ever since my auto accident, I’ve been depressed and anxious. I don’t feel like going out or doing much, I’m sad a lot of the time, and I’m starting to be afraid of driving. Should the driver who hit me compensate me for these emotional injuries?

Q. How do you figure out the amount of damages to which an injured person is entitled?

A. Every case and every person is different. For example, suppose that two people lose the tip of their index finger in an accident. One person is a financial manager, and the loss of the tip of his finger does not interfere with his ability to work. The other person is a concert pianist, and the loss of the tip of her finger results in a serious risk to her career. In that situation, the injured pianist would be entitled to receive a much higher amount to make up for the money she would have made had she not been injured.

Some damages—such as past medical expenses or lost wages—can be determined quite easily. Other damages—such as pain and suffering and future medical expenses—are much harder to calculate. Attorneys estimate a reasonable value by researching what juries have awarded plaintiffs (the injured person) in similar cases, or the amounts for which similar cases have settled out of court, along with the circumstances of their client’s case.

Another factor in determining the amount of monetary recovery is the amount of insurance or other property the at-fault party has. If a client was hit by a car while lawfully crossing the street and became a quadriplegic, those damages would typically run into millions of dollars. But if the driver only has a $15,000 insurance policy and a minimum wage job, with no other property, it’s probable the case will settle for only $15,000. But if the driver was in a company vehicle on company business, the company may have insurance coverage that provides several million in damages.

Q. I was seriously injured in an automobile accident that was partly my fault. Does this mean I can’t sue the other driver for my hospital bills, lost wages, pain and suffering, and other damages?

A. Not at all. In California, the legal doctrine of “comparative fault” or “comparative negligence” applies. Suppose the total amount of your damages was $100,000, but you were found to be 40% responsible for the accident, while the other driver was 60% at fault. In that case, the amount you could recover from the other driver would be reduced by 40%, so instead of receiving $100,000, you would recover only $60,000. Car accident cases in which both parties were at fault can become complicated, so it is critical that you be represented by an experienced personal injury lawyer in situations like this.

Q: What is the Collateral Source Rule?

A. In personal injury cases, the Collateral Source Rule is intended to help promote full justice and compensation from a defendant’s wrongdoing. The rule states that an award cannot be reduced by a judge or jury just because the plaintiff received benefits from other sources, such as health insurance. The rationale behind the collateral source rule is that a defendant should not benefit from the plaintiff’s investment in private health insurance. In some states, the collateral source rule prohibits the admission of evidence that would inform the jury that the plaintiff has been compensated by a different source other than the defendant (i.e. health insurance).