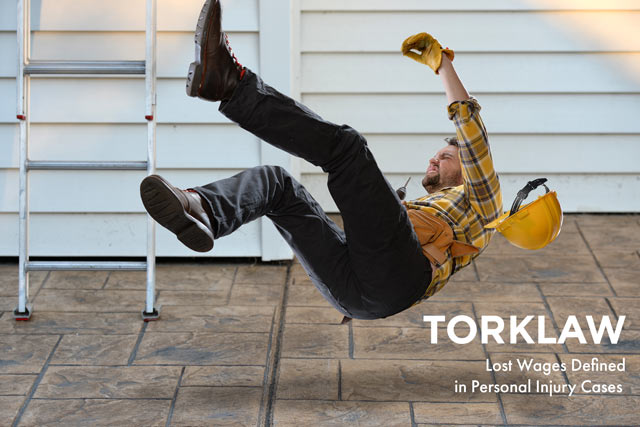 Compensation for lost wages are designed to pay what you would have earned working had it not been for your accident injury and ensuing disability.

The amount of damages for lost wages is calculated by your time off from work due to your injury. It includes time you took off to see the doctor, physical therapist, and other specialists or health care providers.

If you miss out on overtime hours that you would have worked had you not been injured, you are entitled to recover damages for those lost wages as well. Of course, the lost hours and overtime will have to be documented by your boss or supervisor. If, because of the injury you will not be able to return to your old job but must work in a lower-paying job, you are entitled to recover the difference between what you would have made had you not been injured.

If you are a salaried employee, the amount of your lost wages is measured by the amount of salary you lost because of your injuries, as well as any bonuses that you would have received based upon your previous performance. If you worked on commission, your track record would be looked at to determine how much you are entitled to as lost wages.

In general, if you are self-employed, you can recover lost earnings only if you have been in business for more than a year; if it is less than that, the law considers the damages too speculative.

If your accident injury reduces your ability to return to the same job, or any job, you may also be able to collect damages for future loss of wages or earnings, also known as “loss of future earning capacity” or “impairment of earning power.”