Tower climbing takes a certain kind of construction worker. Building and maintaining communication towers requires strength, agility, and a focus on workplace safety, because much of the work is done up to 46 stories high. Sadly, the rate of deaths in cell tower accidents is over 10 times higher than the construction industry average.

The U.S. Occupational Safety and Health Administration requires mobile phone companies to follow clear guidelines to keep cell tower workers safe. But as everyone becomes increasingly reliant on smartphones and digital devices, the demand grows for more cell tower installations and upgrades.
One might think this demand would create more jobs. Surprisingly, though, the construction and maintenance of the more than 280,000 cell towers in the United States is managed by a relatively small number of outsourced contractors. According to a 2012 expose by ProPublica and PBS Frontline, there was only somewhere around 10,000 cell tower workers at the time.
And while that number has likely grown over the past eight years, most of these workers are still hired by outside contracting firms. In one way, this makes sense. Construction and maintenance is not part of telecommunications companies’ core business offering. Construction contractors have that expertise.
However, when cell carriers outsource tower construction and maintenance, it makes it easier for them to sidestep from legal liability for workplace accidents. Even though the carriers have a great deal of control over prices, timetables and technical specifications for tower work, you won’t find a Verizon or AT&T supervisor on site at a tower job.
According to WirelessEstimator.com, there have been 152 cell tower worker fatalities since 2003. Between 2003 and 2014, cell tower deaths averaged almost 10 per year. In the past five years, the average is still well over six per year. 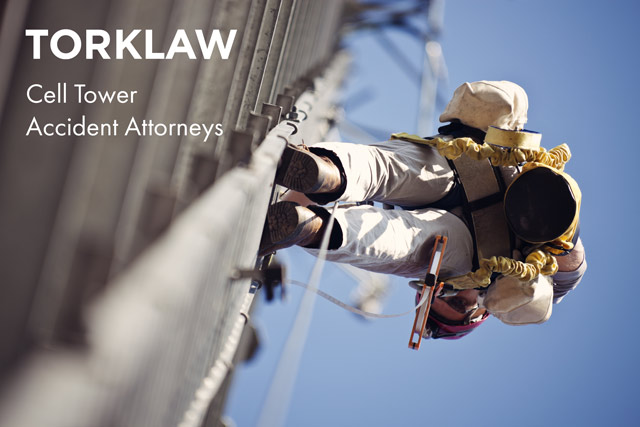 Cell tower fatalities are most often the result of:

Federal OSHA investigations of cell tower fatality incidents since 2003 found 73 violations. Most of these violations were serious, and many of them were “Willful or Repeated.” OSHA also found that a “high proportion” of those fatalities resulted from a lack of adequate fall protection. David Michaels from the U.S. Department of Labor stated, “Every single one of these tragedies was preventable.”
The Frontline/ProPublica investigation supports that statement. They found that employers often sent climbers hundreds of feet into the air without adequate safety gear or training, often in the dark or in hazardous weather conditions, to meet the demands of cell phone carriers.

Additionally, cell tower workers are at risk of exposure to radio frequency (RF) emissions. While the harmfulness of RF emissions is still an emerging study, we know that tower climbers are exposed to much higher radiated power from radio waves due to their prolonged proximity to the transmitting antennas. Tower workers should be equipped with RF safety monitors to measure the emission levels where they are working.
They can suffer burns and other symptoms such as headaches, dizziness, or confusion. It may be difficult to prove an RF injury; however, it may be possible to show that RF exposure led to a fall or other injury. If the employer did not provide workers with RF safety monitors, they may be held liable. 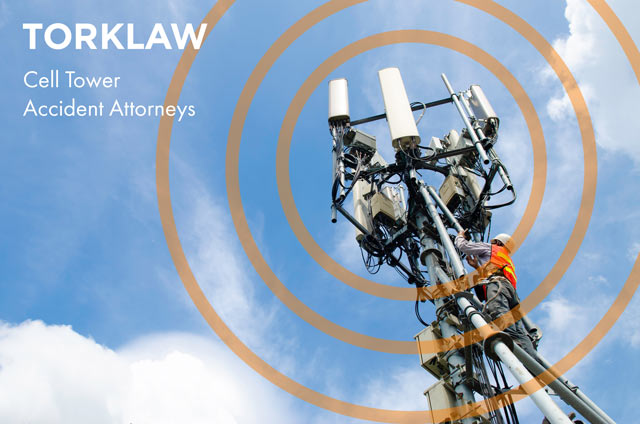 Since 2003, a number of personal injury and wrongful death lawsuits have been litigated on behalf of injured cell tower workers.
In 2013, Thomas Jeglum was working 50 feet high on an AT&T tower when a rung to which he was attached pulled out. He fell, suffering fractures to his pelvis, spine, arm and legs, and was left with a serious, ongoing brain injury. His lawyers maintained that while AT&T didn’t employ Jeglum directly, they were aware of the preventable hazards at their site and were liable because they did nothing to resolve them. In 2018, Jeglum and his family reached a $30 million settlement with AT&T.
In 2007, Kevin Keeling was 600 feet in the air in a bucket lift, working on a tower owned by TFM Communications, Inc. of Topeka. A cable hoisting the bucket jammed, and Keeling died in the 600-foot fall. His family reached a $2.4 million settlement in a wrongful death action against Keeling’s employer.
If you or a family member has been injured or killed in a cell tower accident, we may be able to help. TorkLaw’s personal injury and wrongful death attorneys will work to determine if there was adequate safety equipment and training; if an employer’s decision to work at night or in poor weather contributed to the accident; if the equipment was defective or improperly maintained; or if the cell phone company’s demands led to corner-cutting or ignoring OSHA regulations.
We will gather the evidence needed to prove liability to recover compensation for:

At TorkLaw, as much as we rely on our cell phone plans, our convenience should not come at the expense of tower climber safety.