… and why Uber & Postmates are challenging it in federal court

Why You Should Care about California’s New Independent Contractor Law

California Governor Gavin Newsom recently signed into law a bill that significantly narrows the definition of an independent contractor. Now, Uber and Postmates have filed a lawsuit to block it. The outcome of this independent contractor law will have ongoing repercussions, not only to people who work for or use these services or similar services, but to the U.S. economy and public safety as a whole.
What’s the big deal?

Independent Contractors Are Not Employees

Companies like Uber, Lyft, Postmates, and Amazon rely on independent contractors to deliver their services and products conveniently and inexpensively. In other words, Uber drivers are not classified as Uber employees, but as independent businesspeople.
But what drivers gain in flexibility, they lose in benefits, career development (i.e., pay increases) or other safety nets offered by having an employer. And by classifying drivers as independent contractors, these companies avoid all responsibility for their actions.
And when people are harmed by Uber, Lyft, Postmates or Amazon delivery drivers, who is left paying the bill? Not them.
In Uber’s latest US Safety Report, they admit that 5,981 sexual assaults took place during their rides in the U.S. between 2017 and 2018. They also admitted that 107 people had been killed in vehicular accidents in Uber vehicles during that time, although that number is in dispute.
What Uber is not talking about, however, is how many people were hurt in accidents related to Uber rides. And their lobbyists are making sure that information is kept quiet.
A recent investigation found that 10 people have been killed in accidents with Amazon delivery drivers, also classified as independent contractors. 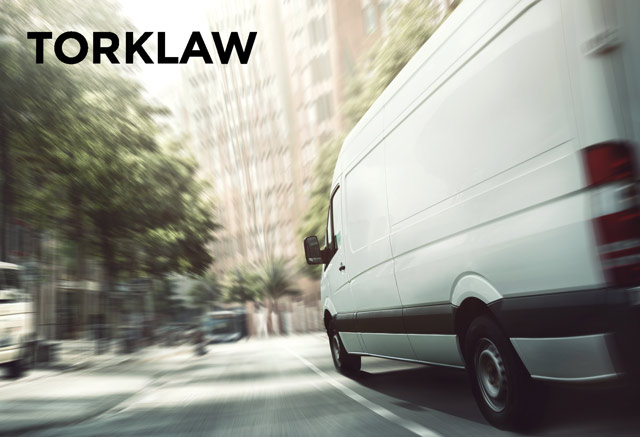 Many Amazon deliveries are made in unmarked white vans. Why?

In terms of the law, however, it’s not up to the business or the worker to define who is or is not an independent contractor. There is, and always has been a legal test for classifying workers.
From 1989 through April of 2018, the test of whether a person was an employee or an independent contractor precedent in the state of California was based on the California Supreme Court decision in S. G. Borello & Sons, Inc. v. Department of Industrial Relations. Borello laid out 11 factors to make that determination.
The California Supreme Court changed all of that when they ruled on the Dynamex Operations West Inc. v. Superior Court.
This ruling applied the ABC test, which has also been used Alabama, Colorado, Connecticut, Hawaii, Idaho, Illinois, Louisiana, Massachusetts, Mississippi, New Jersey, New York, Pennsylvania, and Vermont,  says that hiring entity cannot classify a worker as an independent contractor unless:
(A) The hiring company doesn’t control or direct the worker in performing the job, either contractually or factually.
(B) The worker is doing work that is outside the “usual course” of the company’s business.
(C) The worker is an independent tradesperson who normally does the type of work the company hires that person to do.
As you can imagine, it would be pretty difficult for Uber to claim that their drivers are doing work outside the usual course of their company’s business.

On September 18, 2019, Governor Newsom signed California Assembly Bill 5 (AB-5) into law. This action both codified the ABC test as law in the state of California, and expanded it.
AB-5 went into effect in California on January 1, 2020.
This means that workers who claim that a company misclassified them as independent contractors can file claims against such companies for things like failing to reimburse necessary business expenses, not giving them accurate and complete wage statements, failing to pay unemployment insurance tax, and not providing workers compensation insurance.
There are some jobs that are exempt from the ABC test, including doctors, lawyers, architects, engineers, designers, writers, insurance brokers, real estate agents, direct sales, contractors, hair stylists, tutors, commercial fishermen and certain tow-truck drivers.
However, this new independent contractor law means that companies like Uber, Lyft and Amazon must take greater responsibilities for the actions of the people who deliver their core business.

On December 30, 2019, Postmates and Uber, joined by two of their independent contractors, filed a lawsuit in federal court seeking a temporary injunction against the new California Law. Uber, Lyft and Doordash have all pledged $110 million dollars to fund an initiative to overturn AB-5 on the November 2020 California ballot.
They claim that AB-5 is unconstitutional. They also say that AB-5 will force employers to stop doing business in California, which is a threat that is commonly made but seldom followed through. And, they threaten that the law will force some companies to fundamentally restructure their business models, which may not be a bad thing.
On January 16, 2020, a federal judge in San Diego issued a preliminary injunction against the trucking industry component of AB-5. The judge will schedule a hearing on the next steps for the case, but until then, the state of California cannot implement the law within the trucking industry.
Freelance journalists are also challenging the independent contractor law on First Amendment grounds.

With multiple challenges from different industries, the battle will continue to define the roles and rights of employees and independent contractors, and the rights and responsibilities of the companies that hire them.
However, as long as billion-dollar entities like Uber and Amazon continue trying to avoid responsibility for the impact of their services on public safety, we will continue to fight that battle.
Have you been injured by a worker for one of these companies? You have rights, and the personal injury attorneys at TorkLaw can help you receive the justice you rightfully deserve.

The Hidden Dangers of the “Gig Economy”