Can I Sue for an April Fools’ Prank Gone Wrong?

April Fools’ Day can be good fun – until someone gets hurt. That’s when the lawyers get involved. If you’ve been injured in an April Fools’ Day prank gone horribly wrong, then yes — you may be entitled to compensation.
If a prank is mean-spirited, or designed to humiliate or retaliate against someone, there’s a good chance it is less about April Fools’ Day than an opportune excuse to be hurtful. Stick to harmless fun, like putting food coloring in the milk carton.

How Did April Fools’ Day Start?

April 1st is a day devoted to playing harmless practical jokes and spreading silly hoaxes among the public. For centuries, it’s been celebrated as April Fools’ Day in the United Kingdom, Ireland, and other countries, as well as the United States.
In Scotland, April fool was a multi-day event involving sending people on fool’s errands called “hunting the gowk” — the Scottish term for cuckoo. In France, people place a paper fish on someone’s back and call them a “poisson d’avril,” an April fish, or one that is easily caught. 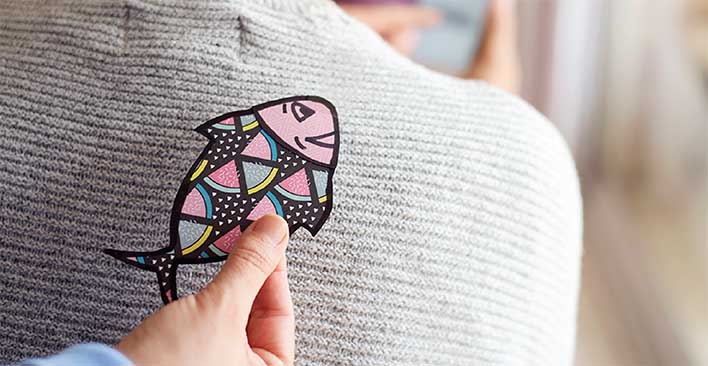 Many myths abound about its origins, but it seems that no one is sure how April Fools’ Day started.
Some believe the day had its origin in 1582. Prior to that year, Europe observed the Julian Calendar, which celebrated New Year on March 25. When Pope Gregory introduced the humbly-named Gregorian Calendar, New Year’s Day was moved 1 to January 1. People who continued to celebrate the new year on April 1 became targets of “April Fool” jokes. It’s a nice legend, but there’s no tangible evidence that it’s true.
Some speculate that the tradition is related to the vernal equinox, a time of changeable weather, because Mother Nature is fooling us.
Another theory was posited by Joseph Boskin, a Boston University history professor. He related how, in the reign of the Roman Emperor Constantine, a court jester named Kugel told him a jester could run the kingdom better than he could. Constantine allowed Kugel to be king for a day on April 1, which has since been celebrated as a day of absurdity.
The beauty of this theory is that it was, in itself, an April Fools’ Day joke by Boston University’s public relations team, with Professor Boskin playing along. 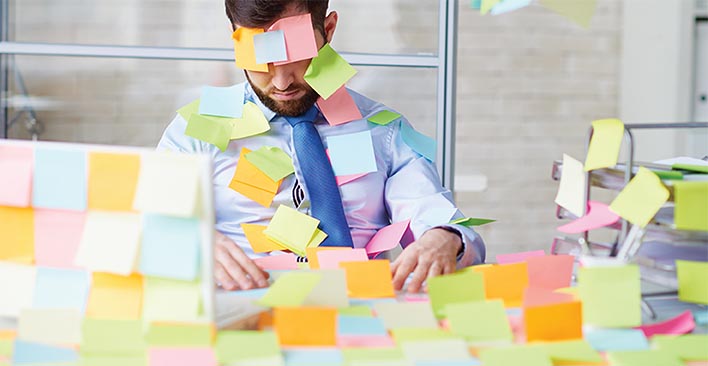 Boston University isn’t the only institution fond of pranking on April Fools’ Day. Here are some other notable pranks by news outlets and other organizations:
The earliest recorded April Fools’ Day hoax was in 1698, when Dawks’ News Letter reported on April 2 that “several persons” had been sent to the Tower of London to see the lions washed. Of course, there was no such thing as the annual Washing of the Lions, but the prank was so successful that people kept pulling it every year. By 1857, they were printing tickets to the fake event.
On April 1, 1957, the British Broadcasting Corporation (BBC), aired a “documentary” about a family in Switzerland performing their annual spaghetti harvest. It showed women picking strands of spaghetti from bushes, and laying them out to dry. Thousands called in, wondering where they could buy their own spaghetti bushes. This was the first time an April Fools’ hoax was staged on television.
In 1998, Burger King introduced the left-handed Whopper. They claimed they had redesigned its signature sandwich, for the millions of left-handed burger eaters: with condiments rotated 180 degrees, lower bun specially weighted, and sesame seeds meticulously placed for minimal seed loss. Thousands showed up asking for it before seeing the subsequent ad, revealing the hoax.

Many pranks are not so harmless. Here are some examples of what NOT to do on April Fools’ Day:

A Hooters restaurant in Florida wanted to improve beer sales, so they ran a contest. The waitress who sold the most beer in a month would win a Toyota. The owner indicated it might be a car, truck or van. At the end of the month, the winning waitress was escorted to the parking lot, blindfolded, to receive her prize. When the blindfold was lifted, she saw a Toy Yoda — a doll representing the Star Wars character. The manager claimed it was all an April Fools’ joke.
The waitress later quit and sued the owner for breach of contract and fraudulent misrepresentation. She later settled for a confidential amount, which her attorney stated would allow her to purchase any Toyota she wanted.

An employee at Intel was the butt of a prank when coworkers stuck a “Kick Me” sign to his back. However, it didn’t stop there.
His coworkers actually kicked him, laughing hysterically. The employee went to senior staff member and asked if he had a sign on his back. At the urging of another staff member, the man kicked him, three times. Hard.
The employee filed a lawsuit against the company. The senior staffer and another employee were convicted of misdemeanor battery and fired. 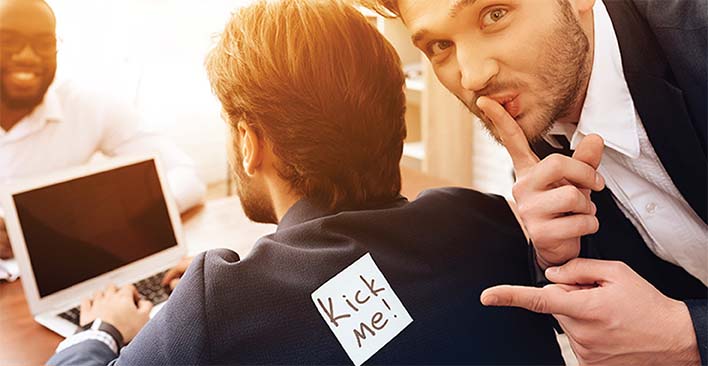 It may have started with the motorcycle crash. In March 4, 2013, Derek Bauer was driving his motorcycle with his girlfriend, Lori Wheeler, as a passenger. Bauer got into a wreck while driving his bike on one wheel, sending them both to the hospital.
A few weeks later, on April Fools’ Day, Wheeler thought it would be funny to trick Bauer by telling him she was pregnant, which she wasn’t (never a good idea).
When he became angry, she threatened him with a knife. Bauer threatened to call the police. Wheeler then stabbed him in the neck and was arrested for assault. Bauer went back to the hospital, where he received seven stitches.

While on a camping trip with the family, Douglas Adams used a Porta-Potty at the campsite. His wife’s cousins thought it would be funny to back their truck against the door to trap him in. Instead, they tipped the portable toilet unit over. Tragically, the injuries Adams sustained from this ill-considered prank left him a quadriplegic.

How Not to Be Sued on April Fools’ Day

Unless you want to be served with a real lawsuit on April 1, here are some pranks you should avoid:

Being injured is no joke. If you have been suffered physical or financial harm due to the wrongdoing of another, whether it was a prank, recklessness, or negligence, you may be eligible to be compensated for your damages. The personal injury lawyers at TorkLaw can advise you.
We have helped many accident victims recover financial repayment from those who hurt them. Call us today for a free consultation: 888-845-9696.

Personal Injury Liability in the Age of Technology: Can I Sue Alexa?