Personal Injury Liability in the Age of Technology: Can I Sue Alexa?

In many ways, technology is advancing at such a rapid rate that our legal system cannot keep pace. The Internet of Things is connecting us in ways most of us never thought possible. All these connectable tech gadgets are popular, convenient, and have many benefits. They can also be legally problematic when it comes to personal injury cases. If your Amazon Echo sends a recording of your conversations to someone who uses it to harm you, who is liable for your losses? You may wonder, “Can I sue Alexa?”

What Is the Internet of Things?

The Internet of Things (IoT) is a term to describe the phenomenon of using the internet to control any device with an “on” switch — cell phones, obviously, but also lamps, coffee makers, refrigerators, and wearable technology devices like smartwatches or medical alert devices. More and more companies are building platforms for their products to be accessible over the internet, so people can use and control them remotely with their smartphones or other connected devices.
One of the latest trends is the video doorbell, like Ring or Nest. These amazing devices allow you to surveil your home when you’re miles away, and to videotape suspicious or criminal activity. Already, consumers have used their video doorbell systems to deter and/or catch crooks – at far less cost than a standard home security system. Think of the potential of this smart home device when implemented in a “smart city” – similar recording devices in strategic locations may reduce crime and instances of false arrest, and increase the rate of crimes solved by police.
The IoT opens up all sorts of new possibilities: your refrigerator keeping track of your food supply and creating shopping lists; your printer automatically ordering ink when it’s running low. It offers us new ways to keep in touch: you may have seen the heartwarming television ad of Amazon’s Echo product that allows a grandmother to video chat with her far-away family by simply saying, “Alexa, call home.”
But the IoT has a dark side, too: anything that connects to the internet is vulnerable to breakdowns, hackers, malware, voyeurs, and other types of external attacks. In an Amazon review of Honeywell’s Smart Wi-Fi Programmable Thermostat (works with Alexa!), a vengeful ex-husband claims to be controlling his ex-wife’s thermostat remotely to drive up her electrical bills, and also to drive both her and her new partner crazy.
In Canada, one man took things a step further and used smart home technology to control and abuse his girlfriend. A Houston woman was stalked by her ex, who had placed a Tile tracking device in her car, and began showing up everywhere she went.
While the above cases illustrate the dangers of hyper-connectivity, because the product users were not using the IoT devices “as intended,” the product manufacturer, distributor or retailer would probably not be liable – but the product user could be both criminally and civilly liable for cyberstalking.
When the product does not perform as intended, and someone is injured or incurs property damages, then there could be a case of product liability. In the case where the Amazon Echo sent recordings of a couple’s private conversations to another party, the couple could file a claim against Amazon, if they had incurred damages – because a reasonable person would not expect the device to perform that way. 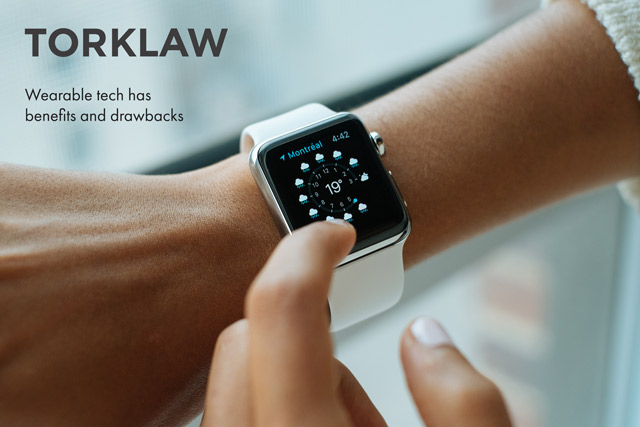 Fitbits and smartwatches can do amazing things: monitor heart-rate, physical activity, and other vital health information. Similar technology is even being embedded into articles of clothing.
There have been several instances when FitBits or Apple Watches have actually saved the wearer’s life by identifying abnormalities in their heart rate; these people were able to receive urgent medical treatment before potentially fatal cardiac incidents occurred.
Wearable technology is now helping to reduce workplace injuries. A worker safety device called Reflex can detect incorrect lifting postures. The device, attached to the worker’s belt loop, vibrates to alert the wearer when they are moving in a way that might cause injury. However, there is a concern regarding the potential for privacy violations and misuse by employers. Wearable tech, by its nature, collects and transmits sensitive private data about an individual; it’s not clear if an employer can require workers to wear such a device.
And in a personal injury case in Canada, a plaintiff used data from her wearable device to win on her car accident injury claim. Her detailed record of gym visits before and after the accident, correlated with real-time data about her activity levels, location, and sleep patterns from her fitness tracker showed a significant decline in her overall health and quality of life.
When people use wearable technology to monitor their health, what happens when the device malfunctions? Suppose a diabetic uses a smartwatch to monitor his glucose levels, as intended, following all manufacturer’s instructions. One day, he feels tired and checks his watch, which tells him all is normal — but his watch was malfunctioning, and his blood sugar is dangerously low. He loses consciousness while driving, injuring himself and others. In this case, he, and the other injured parties may have a product liability claim against the watch manufacturer, distributor or retailer.

Earlier this year, a woman was struck and killed in Tempe, Arizona, by a driverless car traveling at 38 miles an hour. In this case, the woman was at fault, because she was jaywalking at the time. Of course, it’s impossible to know if a human driver would have seen her or been able to stop in time. Interestingly, in 2015, Arizona governor Doug Ducey offered Uber and other rideshare companies a “regulation-free zone” to test their autonomous vehicles in the state – an act he reversed quickly after the tragic accident.
This event brings up an interesting question: if you are injured in a vehicle accident, and the other driver was either completely or partially at fault, you can file a claim against that person to recover your losses. What happens when there is no driver?
The Department of Transportation has defined the “driver” of a self-driving car to be the computer. So, a person who sustained injuries from an autonomous driving accident may have a product liability case. How this would align with the insurance coverage of the car, and how liability would be determined, however, would make the case a complex and complicated one. 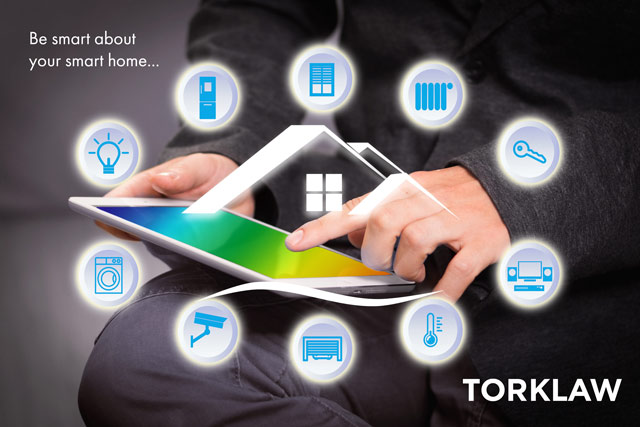 Typically, product liability cases involve manufacturers, distributors and sellers of a product. In the emerging field of 3D printing, a type of “additive manufacturing,” products are made by the end-user, often in the medical field. Increasingly, doctors and dentists are making highly customized implants, tools, prosthetics, and other devices in their own offices, in far less time than it would take to order such an item from an outside manufacturer. When a patient’s life is on the line, time can be the difference between life and death.
The 3D printing process allows users to build a solid object from digital files, which are sent from a computer to a machine that creates the custom-designed item from liquid resin. 3D printers are often used in the injection molding process to create complex customized molds, which allow for faster, more accurate manufacturing.
One area where 3D printing technology is really making a difference is in creating models of patient’s organs using images from patient’s MRI or CT scans. Being able to examine these exact replicas prior to operating on them, surgeons are able to create clearer surgical plans, resulting in lower operating times and faster recoveries.
The laws surrounding the personal injury liability of 3D-printed medical devices, however, are still relatively unclear. Traditionally, hospitals and physicians have been viewed by courts as service providers. However, 3D printing as a form of point of care (POC) manufacturing could cause the FDA to view doctors and hospitals as manufacturers. As such, they would be subject to inspection and quality control measures in their manufacturing, and record-keeping requirements, as well as strict products liability in terms of their manufacturing process. Testing also becomes a concern; 3D printed medical devices are typically highly customized, so testing the end product is nearly impossible.
It is also still an open issue whether computer-aided design (CAD) files or 3D printing software are considered “products.” If they are, the companies creating the software or design files may be subject to strict liability claims.
If a 3D-printed product is defective and causes grave injury to a patient, who is liable for that patient’s resulting medical bills? Was the defect caused by the printer, the software, the design files, or the materials? Or, did the operator make an error, making the hospital liable? It may require a full medical and legal team working together to determine fault.
In many ways, these emerging technologies are outpacing the development of the laws needed to regulate them. If you’ve been injured in a situation involving a “smart home” device, wearable tech, driverless vehicles, 3D printed device, or other internet connected device, it’s difficult to know where to turn. A seasoned personal injury lawyer has the experience and resources necessary to help sort everything out. Call TorkLaw at 888-845-9696.