As the saying goes, “Everybody’s Irish on St. Patrick’s Day!” Every year on March 17, millions of Irish-Americans — and those who just want to be part of the tradition — celebrate St. Patrick, the patron saint of Ireland, with the wearing o’ the green, eating corned beef and cabbage, and drinking green beer or Irish cream.
[bctt tweet=”If you’re celebrating on March 17, don’t be a St. Patrick’s Day statistic – drink responsibly & stay safe!” username=”torklaw”]

Who Was St. Patrick?

According to Patrick’s own words in his Confessio, “‘I am a sinner, a simple country person, and the least of all believers. I am looked down upon by many.” In this book, he writes that he lived in a part of Roman Britain, and that he was taken prisoner when he was about sixteen. He was taken to Ireland, where he worked tending animals for about six years. In a dream, he was told the way to escape, and he was able to make his way back to his family in England. He studied to be a priest, and eventually became a bishop. In another dream, he heard the voices of Irishmen asking him to return, so he did. 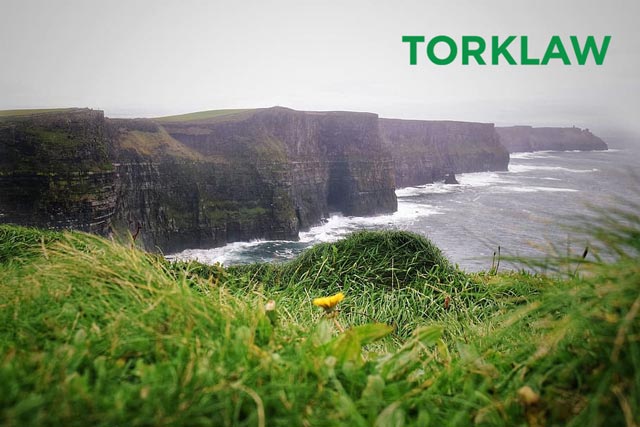 As a Christian priest, he began preaching and building churches around the country. He was probably not the first priest sent to Ireland, but is the most famous. It is said that he died on March 17, sometime around 461. That date has been Saint Patrick’s Feast Day since the early 17th century.

One lasting legend about St. Patrick is that he banished the snakes from Ireland. Some say these tales are a metaphor for driving pagan religions, such as Druidism, out of Ireland, because serpents were an important Druid symbol.
Many other legends describe Patrick’s clashes with the Druids. One such legend is the “inextinguishable fire”: it is said that in the fifth century, Ireland celebrated the Druid tradition of the new year in the spring. On the eve of the vernal equinox, no fires would be lit until the Druids lit the first bonfire on the Hill of Tara, where the High King’s castle stood. Patrick flouted that tradition and built his own fire first, on the Hill of Slade, just opposite Tara. Enraged by this insult, the Druids converged on Slade with water buckets, but were unable to put out Patrick’s fire. Another legend says that Patrick and his followers once turned themselves into deer to avoid a Druid ambush.
However, it’s just as likely that the legends of St. Patrick clashing with the Druids or driving them out of Ireland are revisionist exaggerations: there were still Druids in Ireland for centuries after St. Patrick’s death; these tales likely came about after Christianity became the major religion in Ireland. 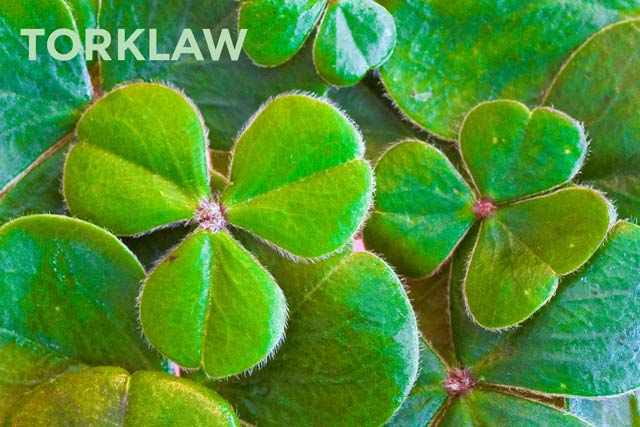 There are other legends that Patrick tailored his preaching to the Druids, indicating a more peaceful approach. One such example is the legend of the shamrock. It is said that Patrick used the three-leafed flower, which is said to have been a sacred plant to the Druids, to illustrate the Holy Trinity: one God in three beings. (The four-leaf clover really has nothing to do with Ireland or St. Patrick; it’s just a symbol of good luck.) 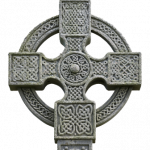 Another myth is that St. Patrick created the Celtic Cross, a cross inside a circle, because the circle was prevalent in Druid symbolism. This myth is also questioned; the Celtic Cross may have existed even before St. Patrick’s lifetime.
The truth probably lies somewhere between extremes, and may be moot. Like most legendary figures, St. Patrick’s legacy is iconic, and is an important part of Irish culture and history. 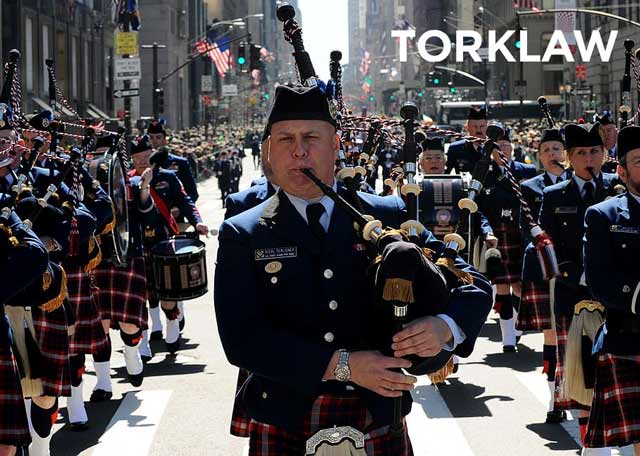 Dyeing the Chicago River green: Each year since 1962, thanks to Chicago Mayor Richard J. Daley, the Chicago River is dyed green the Saturday before each St. Patrick’s Day. Spectators can watch the dyeing process, from both sides of the river between the Wabash Avenue and Columbus Drive bridges. Boats dump about 45 pounds of dye into the river, which makes it run green for the next five hours. No one is sure exactly what the dye is made of, but directors of Friends of the Chicago River have been reported to say, “It’s not the worst thing that happens to the river.”

Corned beef and cabbage on St. Patrick’s Day: Though cabbage is a traditional Irish food, corned beef is not. In the early 1900s, Irish immigrants living in New York City’s Lower East Side needed an alternative to the more traditional Irish bacon, which was expensive. The local Jewish butchers sold corned beef, which was similar. Hence, a new Irish-Jewish-American tradition was born.
Ireland’s Prime Minister giving the U.S. President a bowl of shamrocks: This is in keeping with the tradition of Irish government officials meeting with other foreign leaders on St. Patrick’s Day, to promote interest in Ireland. The Irish PM has been giving POTUS shamrocks since 1952.

This is probably the most all-American St. Patrick’s Day tradition. According to WalletHub’s “St. Patrick Day by the Numbers,” March 17 is the fourth most popular day for drinking in the United States, after New Year’s Eve, Christmas, and Independence Day. 152.5% more beer is sold on that day than any other, and 819% more Guinness Irish beer — that’s 13 million pints that will be quaffed worldwide on St. Patrick’s Day. 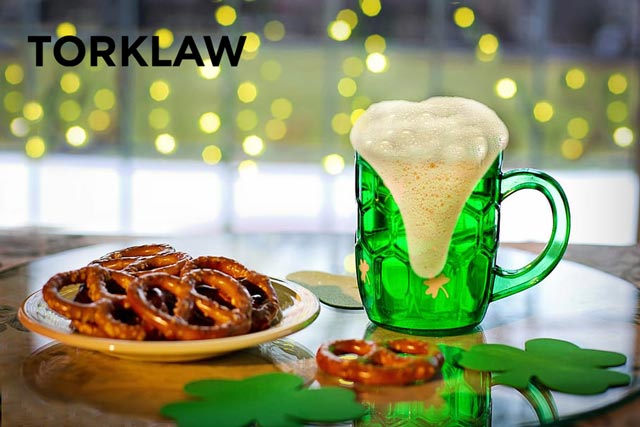 Some additional, sobering numbers from the U.S. Department of Transportation:

If your St. Patrick’s Day celebration will involve drinking – sláinte! But please, drink responsibly. Make plans for a sober ride home: have a designated driver who is willing to stay entirely sober: remember, buzzed driving is drunk driving. On a holiday with a higher number of drunk drivers on the road, there is no amount of alcohol you can consume if you want to drive home safely.
Other options are using a rideshare service like Uber or Lyft.
If you are injured on St. Patrick’s Day, whether in a donnybrook at the pub, being tripped by a leprechaun, or hit by a driver who’s had a wee dram too many, call the personal injury attorneys at TorkLaw. Our lawyers are experienced at handling premise liability cases, slip and fall cases, DUI accident cases, or any personal injury you may have received due to another’s negligence. If you were injured on March 17, or any other day of the year, TorkLaw’s experienced attorneys can help you recover the damages you deserve.
Erin go bragh!