The table saw is one of the most common power tools in use. Unfortunately, it is also one of the most dangerous, and if improperly manufactured or designed, can cause catastrophic injury. 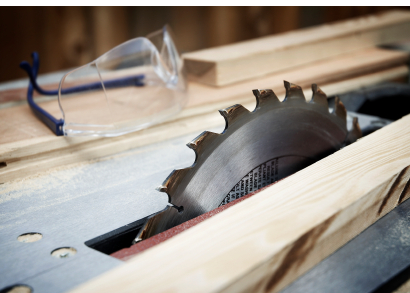 According to the United States Consumer Products Safety Commission (CPSC), in 2017, there was an estimated 64,000 table saw injuries across the country. Of these, 26,500 were treated in emergency departments. The majority were blade-contact injuries to fingers or hands.

Most of these people were treated and released, but around 3,100 required hospitalization. And at least 3,500 Americans had fingers/part of the hand amputated due to table saws in 2017. Another 4,000 received severe lacerations.

Amputation is one of the most serious and well-known effects of a table saw accident. Other severe wounds can require extensive, long-term wound management. Victims may require multiple surgeries, face lengthy and painful recovery, and require physical therapy to regain function. Many victims will not be able to regain full function in fingers or hands. They may also be physically scarred or disfigured, and psychologically traumatized.
Finger loss, however, is not the only type of injury that can result from a table saw. Another leading cause of table saw accidents is kickback. This happens when a piece of wood catches between the fence and the teeth on the blade. The saw will then shoot the wood at high speed back toward the operator. This can cause serious injury to the eyes, face, head, neck, chest, or any other part of the body which is hit by the flying wood. Not only that, but the momentum of the kickback can pull the table saw operator’s hand across the blade, again, causing severe lacerations or amputation.

In 2017, there were an estimated 6.9 million table saws in use. There are a number of features which are proven to decrease injuries, but many manufacturers continue to produce table saws that don’t have these features.

Blade guards very effective at keeping your fingers away from the saw blade. Many woodworkers decide NOT to use the blade guard – traditional blade guards make it harder to measure and see the cut. Also, changing the blade or removing stuck wood may take more time. But consider this: 89 percent of blade-contact table saw injuries happen when the operator is not using the blade guard!

Blade guards can help save your fingers, and the extra effort is worth it. Many saws now have clear blade guards that are modular and more flexible. In 2007, the CPSC issued a “voluntary standard” for table saw manufacturers to include a riving knife and modular blade guard (MBG) on table saws sold in the U.S. However, as of 2017, on 57% of table saws available for use were equipped with an MBG.

Still, a saw with a clear, modular blade guard is definitely worth the investment – just make sure you use it 100 percent of the time!

Many table saws are fitted with a splitter, a small vertical blade that is fixed to the table behind the saw blade. It keeps the kerf open and helps prevent kickback.

The splitter may also have two anti-kickback pawls, one on each side of the wood. They have teeth like tiny saws, but because they are stationary, the teeth latch onto the wood, reducing kickback.

Not all saws come with splitters or anti-kickback pawls, but they can be installed on most table saws.

Or, you can go one better than a splitter: consider a table saw with a riving knife instead of a splitter. Because a splitter is fixed, you have to remove it when making certain types of cuts, and many operators don’t replace it afterward.

Again, many table saws don’t come with this feature, but you can install one.

This nifty feature will set the saw to the “off” position if the power is interrupted, so it doesn’t come back on when you least expect it. It also protects the motor from overload. Again, not all saws have magnetic switches, but they can be installed.

Physicist and inventor Steve Gass designed a technology that allows a saw to differentiate between cutting wood and cutting human flesh. Wood doesn’t conduct electricity, but humans do. So, Gass induced a harmless electrical current onto a saw blade with a sensor inside it. If the saw nicks flesh, it activates a brake that stops the blade and drops it below the table within 3/1000ths of a second. The operator will only end up with a scratch or a shallow cut.

The resulting jerk is strong, so both the brake mechanism and the blade will need to be replaced afterward, but better that than lose a finger.

Incredibly, when Gass tried to market this system to table saw manufacturers, they weren’t interested. Adding it would cost them a couple of hundred dollars per unit. They would need to raise the price of table saws, which would cut into their profits.

Gass started his own saw company, SawStop, and proved the technology worked. To this day the company says SawStop has never been involved in a serious table saw accident.

An April 2002 Bosch memo, according to a lawsuit, warned that the threat from this technology would create an expectation that severe table saw injuries will be virtually eliminated – and this would create significant liability concern. In other words, if the technology existed to eliminate table saw injury, the public would start to expect it. Manufacturers that didn’t offer that technology would be hit with lawsuits when people were injured by their table saws.

Let that sink in. The power tool industry saw technology that could stop injury to people using their tools as a threat, rather than an opportunity to make their products safer.

In 2003, Gass petitioned the U.S. CPSC to require the entire industry to make their saws safer, too.

Over 10 years later, with proof that SafeSaw works incredibly well at preventing blade-contact table saw injuries, CPSC had done nothing. Gass returned to Washington to find out why.

In 2017, the CPSC commissioned a special study on table saw blade-contact injuries. As a result, they recommended creating a mandatory standard requiring table saws to have sensing technology that could stop the blade to prevent injuries. The CPSC issued a draft of the proposed rule for public comment, due by November 2018. Final approval for that rule is still pending.

PTI has invested heavily in lobbying Congress to oppose this rule. They have long been claiming they are developing its own flesh-sensing technology, but so far, only Bosch has released a single table saw that has it: the Bosch ReaXX.

We can’t control these table saw manufacturers, but we can send them a strong message to them that when they place profit over their customers’ safety, they will lose that money to lawsuits.

Table saws may always have some inherent risk, but they are still required by product liability law to be safe when used as instructed, for their intended use. If you have been injured in a table saw accident, and the company responsible for manufacturing the table saw failed to include a safety feature which might have protected you, then you may be eligible to file a lawsuit against the manufacturer.

Table saw lawsuits are a type of product liability case. Product liability law is a subset of personal injury law which allows people who were injured by poorly designed, manufactured, or labeled products to sue the party responsible for the product defect.

Product liability lawsuits are easier than many other types of personal injury lawsuits because you do not need to prove negligence on the part of the company. Instead, you can recover damages through the doctrine of strict liability.

Don’t guess about your legal rights or the value of your claim. If you’ve been injured by a table saw, you owe it to yourself to find out whether you can receive compensation.

TorkLaw represents clients nationwide who have been injured by all types of saws ranging from construction site wood saws to table and stationary saws. Call us for a free consultation today: 888.845.9696.