Delayed Symptoms After an Accident

Delayed accident symptoms are common; many injuries don’t present for days or even weeks after a car accident.

From minor bumps and bruises to life-threatening issues, some accident injuries are apparent immediately. Others can be harder to spot right away, or masked by adrenaline. The victim may walk away feeling fine, but within the next few days, realize something is seriously wrong.

Unfortunately, if you wait a few days to see a doctor, this can negatively impact any claim you file for that injury.

Here are a few types of delayed accident symptoms for injuries that may be serious: 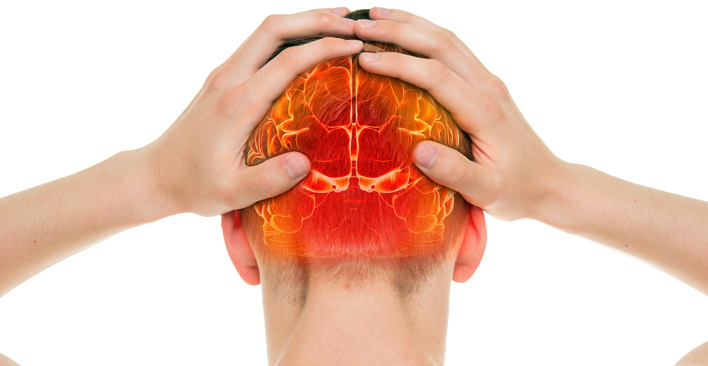 Concussions are a mild traumatic brain injury (TBI) that occur when the brain is jolted inside the skull.

Concussions commonly occur after a direct blow to the head, but may also happen after a sudden change in momentum that causes the neck to jerk violently.

The most obvious concussion symptom is loss of consciousness, although this doesn’t always occur. Other concussion symptoms include headaches, dizziness, confusion, changes in mood (like anger or irritability), changes in eating or sleeping habits, decreased response time, and sensitivity to bright lights or loud noises. Memory loss is also common, but not universal.

Concussion symptoms can appear immediately after an accident, but sometimes can take hours, or even days, to appear. Typically, concussion symptoms will dissipate within a few weeks; if they last longer, this may signify a more serious brain injury.

After a concussion, the patient should rest for a few days. This includes refraining from physical activity, but also taking a break from anything that may overtax the brain.

Even low-key activities like reading, watching TV, using the internet, or listening to music can be too much. Because concussions can interfere with coordination and response time, it is best to avoid driving for a few days. 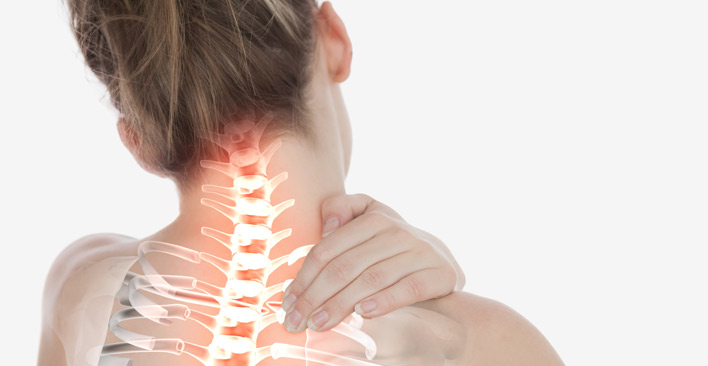 Whiplash is one of the most common delayed accident symptoms, especially after rear-end automobile collisions. Like a concussion, whiplash often occurs when the victim experiences a sharp back-and-forth jerking motion in the neck. In fact, they may be caused by the same accident, and their symptoms can be similar. It may be difficult to determine which injury you have.
However, unlike a concussion, whiplash is primarily a soft tissue injury that overextends the nerves, muscles, and joints in the neck.

After suffering whiplash, most patients experience neck and shoulder pain, which can also extend to the upper back and head. The patient may experience headaches, dizziness, blurred vision, changes in sleep patterns, or ringing in the ears (tinnitus).

Whiplash injury symptoms are usually delayed, appearing within a few days.
Minor whiplash cases take several days to a few weeks to recover. More severe whiplash cases can take several months to heal fully, and occasionally can lead to permanent pain. Be sure to have a complete diagnosis before accepting a personal injury settlement, because you might need more treatment than you settled for.

Minor whiplash cases may not need extensive medical attention; you can treat these at home with ice and over-the-counter pain medications. However, always see a doctor, because the damage may be more severe than you think, and it’s important to have thorough medical records.
Whiplash victims often wear a collar or brace immediately after the injury. However, doctors do not prescribe collars as much as they used to, because we now know they can impede healing if worn for too long. Your doctor may recommend wearing a collar for the first few days, and only for a few hours at a time. You will probably be directed to do some gentle neck exercises as well.
You may be prescribed physical therapy, and prescription painkillers if the injury is more serious.

Soft tissue injuries involve damage to the muscles, ligaments, or tendons. This is a broad category, which includes whiplash, but can include several other injuries that include strains, sprains, and contusions (also known as bruises).

After a soft tissue injury, the sufferer will usually notice some pain, although the precise nature and level can vary, depending on the injury. The injury may be swollen, stiff, discolored, and painful when bearing weight.
Soft tissue injuries may be missed initially, but typically become apparent within a few days to a week or more.

In the first few days after a soft tissu injury, it is best to follow the RICE protocol: Rest, Ice, Compression, Elevation. Get plenty of rest, apply ice to the area intermittently, wear a compression sleeve or bandage, and elevate the injured area above your heart, if possible. Avoid heat, exercising the area, and drinking alcohol.
After a few days, you may want to use heat and start some gentle exercises.
Healing time for soft tissue injuries varies depending on their severity. Your doctor may want to immobilize your injury for an extended time.
Eventually, you may be prescribed physical therapy or stretching exercises to regain function. 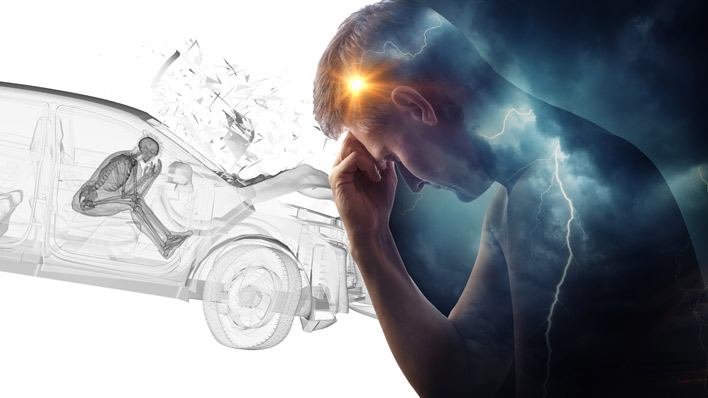 Post-Traumatic Stress Disorder (PTSD) is a mental disorder that develops after a traumatic event. PTSD is commonly associated with combat veterans and sexual assault victims, but a strong body of evidence also links it to car accidents.

PTSD is widely recognized within the medical community as a legitimate disorder, and symptoms can have a devastating impact on a person’s quality of life. The legal system has long allowed for damages to be recovered for psychological injuries, as well as physical ones.

PTSD sufferers often have flashbacks of the incident. They are often triggered by outside reminders of the trauma, such as driving by a car accident or seeing news about a crash. PTSD sufferers may avoid places or people that remind them of the accident.

Individuals who develop PTSD may also experience changes in mood, eating, or sleeping. They may begin to exhibit negative thinking and hopelessness, be unable to concentrate, startle easily, or suffer from constant severe anxiety – or the opposite: they may begin to show disregard their own safety entirely.
You won’t notice PTSD in the immediate moments after an accident. Symptoms will start to appear over the next few days or weeks. Sometimes, PTSD symptoms may show up months or years later.

Because it is a psychological disorder, PTSD can be complicated to treat. Various therapeutic techniques have been shown to help, including talk therapy, writing about the experience, and eye movement therapy.

In addition, antidepressant medications, such as Prozac and Zoloft, help many PTSD sufferers, either on their own, or in conjunction with therapy.

Delayed abdominal pain can signal internal organ damage, which, if not treated early enough, may be life-threatening. Serious and permanent traumatic brain injuries (far worse than concussions) can also go unnoticed after an accident.

No matter how minor your injuries, always seek medical attention after an accident — consider it a routine procedure after a car accident, like exchanging information with the other driver, reporting the accident to your insurance, or repairing your car.

How to Protect Yourself Legally

Do not rush to settle your accident claim too early. If the other driver was at fault, their insurance company may want you to sign a liability release.
This may have a large amount of money attached to it, but don’t be tempted. While the settlement may seem reasonable or even generous at first, it might turn out to be much less than you deserve, particularly if you have delayed accident symptoms. You may want to wait until your physician feels you have reached maximum medical improvement: that is, no further improvement is needed or likely. At this point, it will be much easier for your attorneys to calculate a fair settlement for you.

Don’t sign anything without receiving a complete medical evaluation and talking to an attorney. Once you’ve signed a liability release, you cannot receive any more damages for any injuries that appear later.

Call the experienced accident attorneys at TorkLaw: we can help protect your rights and ensure you receive the maximum amount of compensation you’re owed.