Brain injury is one of the most serious types of accident injuries.

According to the Centers for Disease Control, there are 2.8 million recorded cases of traumatic brain injury (TBI) in the United States every year; that’s nearly 1% of the population.

The brain is the center of human cognition, and any damage to the brain is cause for concern. Brain injuries range from minor, such as concussions, which may be fully recoverable with time, to traumatic brain injuries with severe consequences.

Some people are born with genetic or congenital brain damage.

Traumatic brain injuries happen as the result of some external force, or trauma, that injures the brain. A TBI can result from a closed head injury or one that penetrates the skull or dura mater. Non-traumatic brain injury involves other causes, typically medical in nature (such as an illness or a brain tumor).

Both TBI and nTBI are devastating and can be legally actionable, depending the cause. 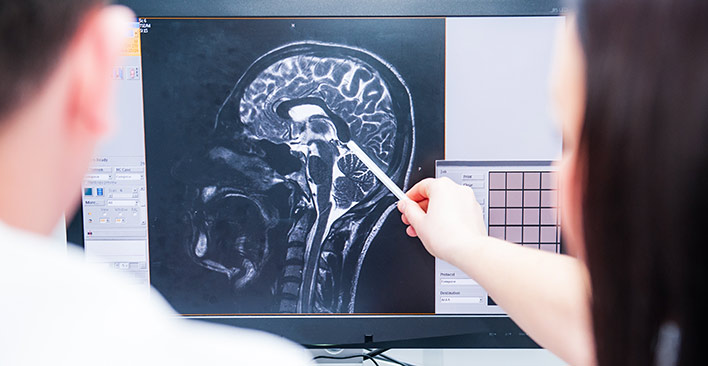 Sadly, assault and abuse are also common causes of TBI, and intentional self-harm may also be a factor. For those serving in the military or in combat zones, gun or bombshell blasts can injure the brain as well.

However, not all traumatic brain injuries are caused by a direct blow to the head. Some, including those which may occur in car accidents, come about because of rapid acceleration or deceleration, which causes the brain to impact against the inside of the skull, sometimes multiple times.

Sports are especially dangerous for TBI. Football, baseball, basketball, boxing, and cycling pose some of the highest risks. Skateboarding and scootering, ice skating, and trampolines are also known to be dangerous, especially for children.

TBI can affect anyone of any age, but certain groups face higher levels of risk. Children and teenagers are most likely to suffer TBI, while those 65 and older the most likely to be hospitalized or to die from a TBI.

nTBI may caused by a disease affecting the brain, including hemorrhages, aneurysms, tumors, meningitis, encephalitis, strokes, and cardiac arrest.

Anything that causes loss of oxygen to the brain for more than a few minutes can also can have devastating effects on brain function. For example, choking, strangulation, suffocation, near-drowning, massive blood loss, poisoning, inhaling toxic fumes, or drug overdose. If any of these actions occurred at the hands of another person, or due to someone else’s recklessness or negligence, it may be cause for a lawsuit.

If you or someone else experiences a blow to your head, here are some symptoms to watch for:

Call 911 if you suspect a brain injury. Sometimes, these symptoms happen after a blow to another part of your body. This indicates a blood clot pressing on the brain. This is also a medical emergency – call 911 right away.

If a child has fallen or experienced a blow to the head or body, call 911 right away if he or she exhibits any of the signs above, and/or cries inconsolably, or won’t nurse or eat.

With a mild brain injury, such as a concussion, if the sufferer loses consciousness for fewer than thirty minutes or so, they may experience headaches, disorientation, mood changes, nausea, irritability, blurred vision, and short-term memory loss, among other symptoms.

If you are a parent, it is important to look for these symptoms in your child after they have suffered a blow to the head, because not every concussion victim loses consciousness.

With a moderate or severe brain injury, the symptoms can be even more serious. Recovery will inevitably be difficult, as well as costly. Functions that will be affected include both short-term and working memory; language skills; reasoning and organizational skills; focus and concentration; processing information.

Brian injury can also impact mobility, cause weakness and fatigue and sensory impairment. Epilepsy or seizures may be a result, as well as sexual dysfunction.

Emotional effects will also occur, and may include depression, anxiety, irritability, aggression, obsessiveness, impulsiveness, disinhibition, or even reduced empathy. It is important to seek treatment for these conditions as well as the physical ones.

The brain is a flexible organ, and with the right treatment, a patient may recover much of their brain functions. New areas of the brain can learn to take over functions from the injured areas. However, some brain injuries are simply irreparable.

If you have suffered a brain injury, there are many legal avenues to pursue compensation. If you were in an accident caused by another, you can file a lawsuit against the negligent party.

Brain injuries are a type of catastrophic injury; and judges, juries, and insurance adjusters will recognize the magnitude of your loss and compensate you accordingly. And while nothing can undo a brain injury, these damages will have a tangible effect on your quality of life, giving you more freedom and autonomy, and improving your quality of care.

The law can be difficult to navigate, especially if you are dealing with cognitive challenges because of a brain injury. Our team of skilled legal professionals will handle the process and get the justice you deserve. Call TorkLaw today for your free consultation.