Recent deadly crashes of MAX 8 & MAX 9 jets may prompt valid wrongful death claims against Boeing, the manufacturer of those airplanes. President Trump announced on March 13 that the United States would ground all Boeing 737 MAX 8 & MAX 9 jets. This announcement came in response to the second crash in five months involving almost-new MAX 8 planes. Many other countries have grounded the MAX 8. China was the first country to do so, and has since been followed by a host of others, including Australia, Canada, the UK, and European Union, as well as India, Indonesia, and New Zealand.
Families of passengers on Ethiopian Airlines flight 302, and Lion Air flight 610, have potentially valid wrongful death claims against Boeing. An Federal Aviation Administration (FAA) investigation of a defect in the jets’ flight control system is ongoing.

The Ethiopian Airlines crash on March 10, 2019 was eerily similar to the Lion Air crash in Indonesia in October 2018. Both Boeing 737 MAX 8 planes were almost new, and satellite data tracing the vertical path of the jet’s takeoff showed similar fluctuations in altitude on both flights.
A pilot on the Ethiopian Airlines flight reported flight control problems and was given clearance to return to the Bole International Airport near Addis Ababa. Three minutes later, air traffic controllers lost contact with the plane. The craft crashed in Ethiopia’s Oromia region, into the corn fields near Bishoftu, killing 157 people aboard.
Pilots of the Lion Air flight, had also requested clearance to return to the Jakarta airport. It crashed into the Java Sea 12 minutes after takeoff, killing 189 people. At the time of the accident, the aircraft had flown only 800 hours in service. 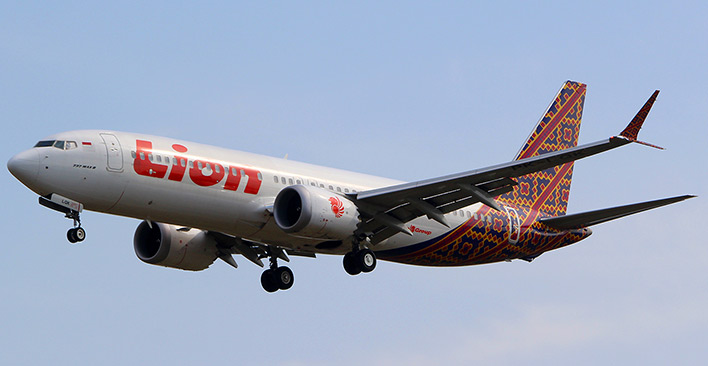 Problems with the Boeing 737 MAX 8

Crew and passengers of the plane’s prior Lion Air flight had reported an altitude dive minutes after takeoff. The pilots of that flight were able to correct the path. Indonesian investigators have said the Lion Air jet had not been airworthy and should not have flown.
Even before the Lion Air crash, pilots on two U.S. flights had reported that after engaging the MAX 8’s autopilot system, the nose of the plane tilted down sharply. The pilots had to disconnect the autopilot to correct the sudden descent.

Initially, the FAA claimed the MAX 8 and 9 crafts to be “airworthy,” and U.S. Secretary of Transportation Elaine Chao flew in a 737 MAX 8 on a Southwest Airlines flight from Texas, to Washington DC to prove the point. Then, country after country, and airline after airline began grounding the MAX jets. The Association of Professional Flight Attendants told union members they were not required to work on Boeing 737 MAX airplanes if they felt uncomfortable doing so.
Soon, President Trump announced that the U.S. would ground the MAX fleet, with the FAA’s backing.
After the presidential order, Boeing released a statement that they have confidence in the safety of their 737 MAX aircraft. However, “out of an abundance of caution and in order to reassure the flying public of the aircraft’s safety,” they recommend a temporary suspension of their entire fleet of the 737 MAX airplanes — 371 planes globally.
Currently airlines are scrambling to find alternate aircraft to meet scheduled flights. SouthWest Airlines has 24 MAX 8 jets in its fleet, and American Airlines has 34. United Airlines runs 14 of the Boeing MAX 9 version of the 737, but doesn’t have any MAX 8 planes. Travelers with flight plans in the coming weeks should expect cancellations and delays.
If a family member was killed in a one of the Boeing 737 MAX 8 crashes, you may be entitled to compensation for wrongful death, pain and suffering, and other damages. Contact the personal injury attorneys at TorkLaw now for a free, no obligation consultation about claims against Boeing.