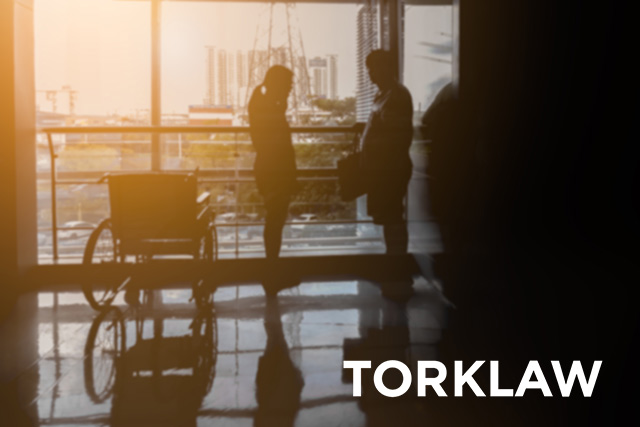 The Accident and Its Impact

A Pennsylvania woman was in Orange County, California for her granddaughter’s wedding. She was taking a leisurely walk one morning when she was struck by a car driven by her son’s neighbor, as he backed out of his driveway. She suffered several serious injuries, including trauma to her chest wall, a broken elbow, a broken shoulder, and separation of the shoulder joint.

She was rushed to the hospital and stabilized. She then returned to Pennsylvania, to be cared for by her own doctors.

At home, she continued to experience complications of her injuries. She experienced lung effusion, or water on the lungs. This required having a chest tube installed, and a health care aide who came to her home daily to drain and clean it.

She now has a permanently restricted range of motion in her elbow; she cannot straighten or raise her arm. She is also showing symptoms of post traumatic stress disorder: fearful of traveling, she has become emotionally withdrawn and essentially home-bound.

This woman was an active gardener who enjoyed frequent travels to visit family. As a result of her traumatic experience, she is no longer able to do the things she loves. Her life has been diminished and it is unclear when, or if, her enjoyment of life will be fully restored.

The defendant’s insurance company, one of the nation’s largest, used all the typical tactics to deny justice to this poor woman, who was catastrophically injured through absolutely no fault of her own! If anyone deserved to be awarded 30 times more than this greedy company offered, she did.

In a classic case of “he said, she said,” the driver tried to claim that he had nothing to do with the woman’s injuries.

During the deposition, we asked the reconstructionist if it was possible for the defendant to have struck the victim, and then simply pulled the car back in the driveway, and taken the picture. He responded sarcastically, “It’s possible a helicopter fell out of the sky and knocked her over.”

We were able to show as evidence certain text messages the defendant sent to the victim’s family. These clearly indicated that he knew he was at fault.

The truth trounced the snark.

“The Injuries Aren’t Enough to Pay the Full Amount”

Even when fault was clear, the defendant’s insurance company still insisted the case didn’t warrant the full policy limit of $500,000. Initially they offered only one-tenth of that amount: $50,000.

“The Accident Was Not the Cause of the Victim’s Injuries”

At the trial, we presented testimony by the woman’s doctor that her elbow fracture had not fully healed, and that she would likely be disabled for the rest of her life. The doctor also testified that her lung effusion was caused by the trauma and the rib fracture.

The defense’s doctors tried to deny both claims. Our experts were clearly more persuasive than theirs.

“The Victim was Partially At Fault”

With one day left of the trial, the insurance company, which made over $40 billion in profits last year, made a last-ditch effort to settle the case for $250,000, the amount we had initially requested. But by that time, we felt the jury would award us much more.

They disagreed. They refused to increase their offer, saying they were certain the jury would find the woman’s family to be at least half at fault for “allowing her to walk around the neighborhood unassisted.”

Luckily, the jury found that claim as ridiculous as we did, and  our client was awarded 30 times more than their initial offer: a full $1.5 million.

While our client still has a long road to recovery, she now has the resources she needs to regain her health and mobility. She can also receive support to rebuild the mental stamina this incident has taken from her.

Like so many personal injury victims, the trauma was not only the physical impact of being hit by a car, but the emotional impact of the heartless treatment dealt by a predatory insurance company.

The circumstances of this case illustrate exactly why TorkLaw is in the business of legal representation for personal injury cases. Our purpose is to bring justice to those who were injured through no fault of their own. Our objective is to ward off the efforts of obscenely rich companies whose sole focus is to avoid paying victims what they are rightfully owed. And our goal is to help victims of accident injury recover to the fullest extent possible.

Of course, not every client is awarded 30 times more than the insurance company offers: some receive even more! Read more about our client results here.

For more information on the personal injury process, read our book online: Accidents Happen: A Consumer’s Guide to the Personal Injury and Wrongful Death System.