Even Professional Pyrotechnics Can Be Dangerous

Fourth of July fireworks are an American tradition. And while fireworks were invented in China, perhaps it is fitting that the United States imports some $5.3 million in fireworks from China each year, many of which will be used for U.S. Independence Day celebrations.
Gunpowder historians have quoted the ancient Chinese book, Classified Essentials of the Mysterious Tao of the True Origins of Things, as describing how this destructive substance was discovered: “Some have heated together sulfur, realgar (arsenic sulfide) and saltpeter with honey; smoke and flames result, so that their hands and faces have been burnt, and even the whole house where they were working burned down.”
Unfortunately, that’s still happening today, even with professional pyrotechnic displays. (See our earlier blog post for Independence Day safety tips, including fireworks safety guidelines.) Here are some of the 4th of July’s worst fireworks disasters in the recent past, with links to video, where available.

The grand finale of the 2004 fireworks display staged by Schaefer Pyrotechnics (remember that name) in the Riverfront Park area of Pittston Pennsylvania went awry when one of the pyrotechnic devices fired into the crowd.
Some people were airlifted to area hospitals with injuries, a few of them serious, including burns, smoke inhalation, and lacerations from shrapnel. Others suffered minor injuries resulting from the panicked crowd running, tripping, and falling. In addition, one piece landed in some bushes near a restaurant and ignited a small fire there.
Schaefer Pyrotechnics was initially fined $8,100 by the U.S. Occupational Safety and Health Administration (OSHA) for safety violations related to this incident, but the fines were later reduced to $5,000. 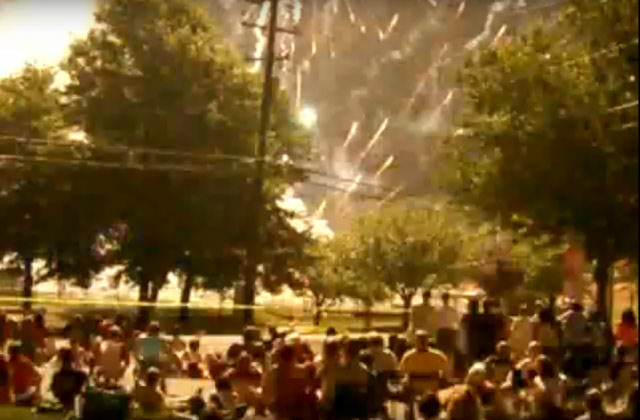 During the town of Vienna, Virginia’s 2007 Fourth of July celebration at Waters Field, a supposedly family-friendly fireworks show went horribly wrong.
A Chinese-made, multi-shot firework called a “cake box” malfunctioned and shot directly into the crowd. More than 20 people were injured, 13 seriously — including one woman who suffered severe injuries when fireworks struck her and exploded: she suffered burns, shrapnel wounds and brain injuries. Two of the woman’s family members were also injured.
The firework cake was labeled with an explicit warning that spectators should be no closer than 820 feet, but spectators were seated at less than half that distance. Additionally, Virginia law prohibits the chain-fusing of more than 15 shells that are 3-inches or longer. The exploding device comprised linked three boxes, each with 25 shells fused together, 75 shells in all, so these were technically illegal fireworks. Additionally, company officials did not test the fireworks before the shows.
The company in question in this incident might sound familiar: Schaefer Pyrotechnics, the same company fined for safety in the Pittston incident. This time, they were on the hook for substantially more. The woman who was struck was awarded $4.75 million in a lawsuit against the company, and her son received $45,000 for his injuries.

In 2010, the town of Palmyra, Pennsylvania was celebrating its 250th anniversary with an outdoor fireworks display at the Palmyra Middle School campus on the fourth of July. During the grand finale, a chain reaction of explosions shot fireworks into the crowd, across the football field and beyond. Eleven people suffered burns contusions and abrasions. Four of them were minors, aged 11, 14, 15 and 17. One of the injured was a fireworks employee. The patients were taken to Hershey Medical Center. Most were released the same evening, and none of the injuries were life-threatening.
According to an OSHA report, a malfunctioning “peanut shell” firework exploded at ground level. The deceptively-named device actually combines two or more fireworks into one shell, which resembles a peanut – except that it’s several inches long. This explosive prematurely set off other aerial shells, at least one of which exploded at ground level, sending burning projectiles into the crowd. The company in charge of the pyrotechnic display – you guessed it, Schaefer Pyrotechnics — received $4,712 for citations for that incident.
As far as we know, that is the last disaster involving Schaefer Pyrotechnics. 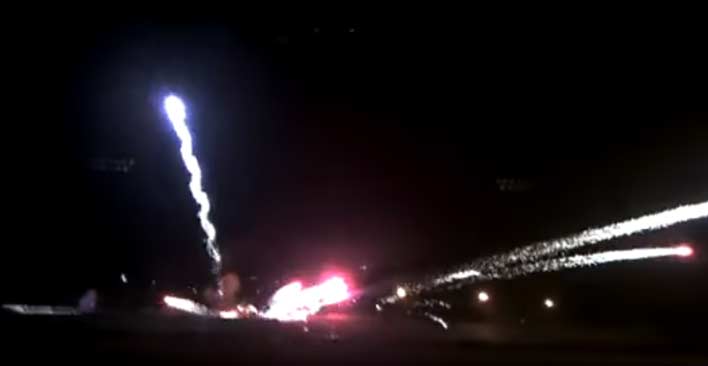 San Diego’s annual Fourth of July fireworks show is called the “Big Bay Boom.” In 2012, they weren’t kidding. A technical malfunction set off the show five minutes early, and caused all the pyrotechnic material to go off at once in a massive explosion. The planned 18-minute fireworks display went off in 15 seconds, leaving spectators at first confused, and then disappointed.
No one was hurt, and there are some great videos on YouTube.

A year after the San Diego debacle, a similar event occurred in Iowa. A computer glitch caused the town of Coralville’s July 4th fireworks display to go off in reverse. The finale went off at the beginning, so 75 percent of the show went off during the first minute. No one was injured — just dissatisfied. 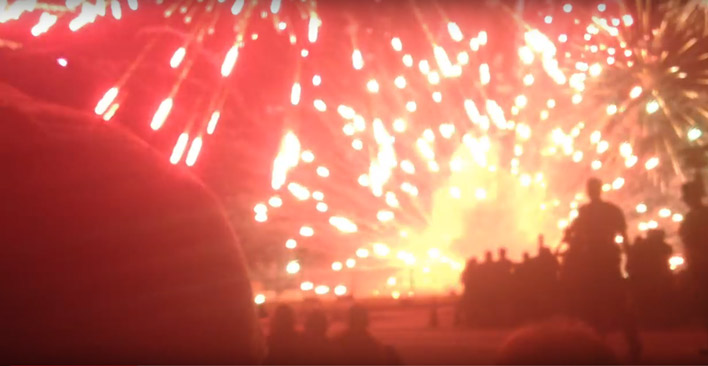 That same year, a malfunctioning firework created a disaster at a July Fourth fireworks show in Simi Valley.
A 5-inch-wide firework shell exploded inside its mortar tube, sparking a chain reaction that toppled a display of fireworks awaiting launch, and sent flaming projectiles hurtling toward spectators watching hundreds of feet away.
Twenty-eight people were injured, ages 8 to 78, with shrapnel-like injuries or burns.

TorkLaw hopes that your Independence Day celebration goes much better than the ones described above! If you are injured by a fireworks fiasco, contact us – we can help you recover from your injuries and receive the compensation you need to return to the pursuit of happiness.
Happy Fourth of July!