A tort is a wrongful action that results in harm to another person, or another person’s property. A tort by itself is different than a crime, in that you can file a civil lawsuit for a tortious act, whether it was intentional or not. Intentional torts are harmful actions done on purpose. They are also known as crimes.

The Difference Between Intentional Tort Case and Criminal Trial

A person can be arrested and tried in criminal court for an intentional tort (crime). That same person can also be sued in civil court for that same action, whether or not that person has been arrested or convicted of the crime.

The individual who has been harmed by that person’s actions can collect financial compensation, or damages, when suing a person in the civil law system.

And they are often more successful. In civil court, the burden of proof is lower than in a criminal trial. Plaintiffs, or the people who have been harmed, do not need proof “beyond a reasonable doubt” in a civil trial. They only need to show a “preponderance of evidence” – that their claim is more likely to be true than not.

Victims may see some form of justice through civil lawsuits when cases are either not tried, or not successful in criminal court.

The 1991 murder of Kathy Page is an example. The Texas case, which inspired the 2018 movie, “Three Billboards Outside Ebbing, Missouri,” remains technically unsolved. However, Kathy Page’s father, James Fulton, maintains that she was killed by her husband, Steve Page.

In 1999, Fulton successfully filed a wrongful death action against Steve Page in civil court. Page was ordered to pay $261,780.82 in damages for Katy Page’s death, but continues to proclaim his innocence, saying instead that the incident has ruined his life.

Bill Cosby is another example. He was tried in criminal court for aggravated indecent assault in a case that first ended in a 2017 mistrial. The charges were refiled, and that case ended in a 2018 sentence of three to 10 years in Pennsylvania state prison. That case is currently being appealed.

In the meantime, there is a civil case pending against him by 10 women who claim Cosby sexually assaulted them. There have been at least other civil suits filed against him for sexual assault, and also for defamation of women who Cosby called liars for accusing him of sexual assault. These cases have had various outcomes.

Fraud: Committing an intentional, deceptive act to either benefit oneself or to damage someone else.

False imprisonment: Intentionally confining or restricting the freedom of another person without the legal authority to do so.

Assault: Intentionally placing another person in fear of harm, even if that harm does not actually occur. Raising your fist to another person while walking aggressively in their direction may be considered assault, even if you don’t throw a punch. If that person believed you were going to strike them, you have committed assault.

Battery: Making harmful or offensive contact with some part of another person’s body. You’ve committed battery if you throw and connect with the punch. Assault and battery are often grouped together. Sexual assault or rape would fall under this category. 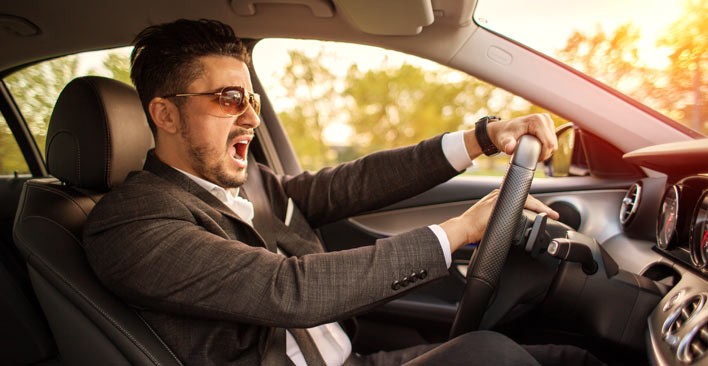 One example of an intentional tort would be road rage. If you were injured in an automobile accident that was caused by an angry driver who was purposely trying to run you off the road, that would be considered a form of assault. The aggressive driver could be charged with a crime. You could also sue that driver for damages caused by the accident.

However, it is likely that driver’s car insurance company would not have to pay you anything.

This is because most auto insurance policies contain exclusions for intentional acts. Insurance coverage usually includes acts of ordinary negligence or carelessness, which is defined as a failure to exercise reasonable care. Speeding or running a stop sign would fall into that category.

Road rage or assault are actions that go beyond a simple failure to exercise care. They are actions taken with the express purpose of threatening or harming another person. Insurance companies typically do not provide coverage for intentional acts of harm.

This makes sense: if they did, then criminals could purchase insurance to pay for their crimes. Insurance for intentional acts of crime or violence could encourage this behavior, rather than deter it.

So, if you are a victim of an intentional tort, and you have been harmed physically, emotionally, and/or financially, the wrongdoer’s insurance company. But you can sue the person personally to collect the compensation you need to recover.

Contact a personal injury attorney like the ones at TorkLaw. We can help you achieve the justice you deserve.