As they did last year, California fires are again sweeping through the state’s dry, sun-baked landscape on scorching winds. In a way, climate change has made the risk of such wildfires inevitable. And due to this increased risk, one might think that the local power companies would provide additional protections to ensure their mega-watt transformers were functioning properly. One could reasonably assume that Pacific Gas & Electric (PG&E) would use the money from raising their customers’ rates specifically to pay for safety improvements to prevent more wildfires to actually prevent sparking another series of destructive and deadly conflagrations.
One might think that. But according to California Governor Gavin Newsom, due to either stunningly poor management, or alarmingly cold corporate greed at PG&E, they did not.

What We Know about the California Fires

The governor’s strong words came in response to the Kincade Fire in Northern California’s Sonoma County. At the time of this publication, this blaze has burned 54,000 acres and is only 5% contained. Approximately 180,000 people are under evacuation orders and two firefighters have been injured.
On Sunday, October 27, Gov. Newsom declared a statewide state of emergency.
In a previous press conference, Newsom had accused PG&E’s leadership of corporate greed and mismanagement in the wake of last year’s series of California wildfires. The reason? Those fires, and the ensuing investigations, should have been a wake-up call for the embattled company to get its act together. 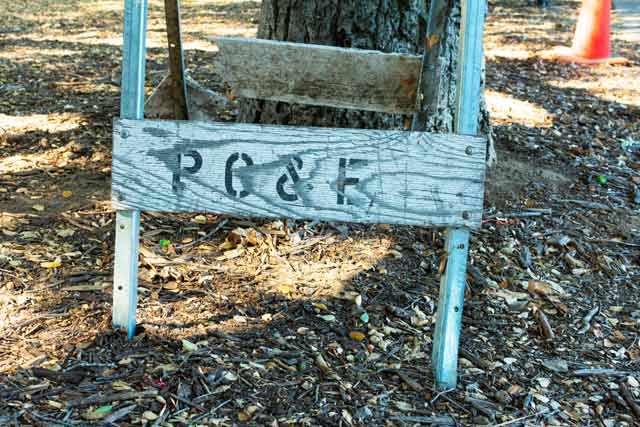 The facts are clear:

Because of their inaction, once again, hundreds of thousands of Californians have lost property and been forced out of their homes. Whether this is due to exceptionally bad management or simple greed isn’t clear. But either way, it seems clear that PG&E’s negligence is legally actionable.
n a blog post we ran last year, we showed evidence that Ia Southern California Edison circuit disturbance may have caused the 2018 Woolsey fire. In 2017, our post on the Tubbs and Thomas Fires pointed out that, even then, PG&E was disputing several lawsuits regarding improper maintenance. Sadly, for the third year in a row, we are still highlighting how corporate malfeasance is still ruining lives due to California fires.

We are still here to help victims who have been devastated by the Kincade Fire. If your property has been destroyed, you may be eligible to collect damages for evacuation and alternative living, lost income, personal injury, and emotional distress. Consult with an experienced fire damage lawyer at TorkLaw today: 888-845-9696.