Cassandra May Died In Kearny Mesa, San Diego Tesla Car Accident By The Intersection of Othello Avenue at Convoy Street 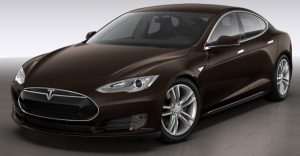 SAN DIEGO, CALIFORNIA (June 9, 2022) – A woman identified as Cassandra May has tragically died in a Kearny Mesa, San Diego Tesla car accident near the intersection of Othello Avenue at Convoy Street.

San Diego county police officials are saying that the accident took place around 8:30 a.m. on Wednesday. The driver of a westbound Tesla ran a red light on Othello Avenue and hit a dip before becoming airborne and hitting Cassandra May.

Firefighters and paramedics were called to the scene of the collision in order to help the victim. Cassandra May was having difficulty breathing following the crash and sadly died due to the severity of her injuries.

Police arrested the driver of the Tesla Model 3 and charged him with manslaughter. A full investigation into the Kearny Mesa pedestrian accident remains ongoing at this time.

In an update to this case, the National Highway Traffic Safety Administration (NHTSA) believes that the at fault driver had the Tesla in autopilot mode when the crash took place.

San Diego County has one of the highest instances of pedestrian collisions across California. According to NBC San Diego, 2018 was the worst year for pedestrian deaths in the last nine years. Many residents say that they do not feel safe crossing the street in their own neighborhood. A large portion of the crashes involve drivers that flee the scene of a collision. There are a number of factors that could contribute to a pedestrian collision.

All drivers have a legal obligation to exercise due care in order to avoid collisions. This includes driving the speed limit. Pursuant to California Vehicle Code 21453, all drivers facing a steady circular red signal must stop at a marked limit line and remain there until an indication to proceed is shown. Any driver that goes past a yield sign without yielding will typically be held at fault in the event of a collision.

Tesla could also potentially be held liable for a pedestrian accident if the vehicle was in autopilot mode when the crash took place. Car companies have a legal obligation to create vehicles and software that are reasonably safe. But a number of serious accidents involving Tesla vehicles in autopilot have called into question the safety of the autopilot feature. In particular, numerous Tesla vehicles have rear-ended stopped emergency vehicles. There are a number of steps to take after any pedestrian collision involving a Tesla.

When a driver breaks the law and kills a pedestrian, they can be held at fault through a criminal  claim. The family of any victim that died in a car accident may be able to seek some measure of justice through a wrongful death claim. Damages in a civil claim can help cover lost wages, medical bills and pain and suffering. A wrongful death attorney can examine all of the facts of your case and let you know what your legal options are.

We at TorkLaw extend our deepest condolences to the family of Cassandra May who died in this Kearny Mesa Tesla accident. Any person that may have more information about what happened should reach out to police. there needs to be a thorough investigation for the sake of all who have lost so much.