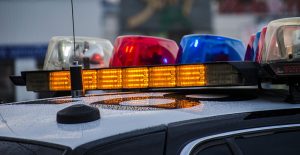 JOSHUA TREE, CALIFORNIA (January 18, 2022) – An unarmed man was shot and killed by police officers in Joshua Tree near a home on the 61700 block of Oleander Drive.

San Bernardino County officials are saying that the incident took place around 8:25 p.m. on Wednesday. A man was apparently outside of a home and shouting when he was confronted by police.

Police officer said that he pointed some type of item at them and was subsequently shot. Officers said that they believed the item was a weapon.

As it turns out, he was unarmed when he was shot. Paramedics were called to the scene of the Joshua tree home in order to help the man.

Sadly, he died not long after he was taken to the hospital.

According to one report by the University of Illinois, Chicago Law Enforcement Epidemiology Project, more than 50 million people interact with law enforcement in the U.S. every year during traffic stops alone. More than 600 people are killed during police interactions. There are a number of steps that police departments should take to prevent fatal police encounters.

Depending on the facts of any case, a police department could be liable if they kill a suspect. Pursuant to California Penal Code 835a. (1), every person in California has the right to be free from excessive force. Police officers must use their training when dealing with mentally ill suspects. Failure to do so could form the basis of a civil claim. The actions or inaction of an officer prior to any instance of deadly force could make their use of force unreasonable. This is true even if the use of deadly force may appear justified just prior to a police shooting. There are a number of steps that should be taken after any police shooting.

It can be hard to know where to begin after any police shooting. To make matters worse, police departments will often fight extremely hard to deny responsibility for any police shooting. The family of any person that died due to the negligent actions of police officers may be able to seek some measure of justice through a civil claim. A wrongful death attorney can examine all of the unique facts of your case and let you know what your legal options are.

We at TorkLaw extend our deepest condolences to the family of the man killed in this Joshua Tree police shooting. Any person that may have more information about what happened should reach out to police. It is our sincere hope that steps are taken to prevent other tragedies like this.

Do you need more information about a Joshua Tree police shooting? Our team of civil rights advocates are here to answer any questions that you may have. We care deeply that people are aware of their rights and that those rights are being protected. Whether you just have legal questions or need a free investigation into any incident we are here for you. You can reach out to us anytime at (888) 441-4991.