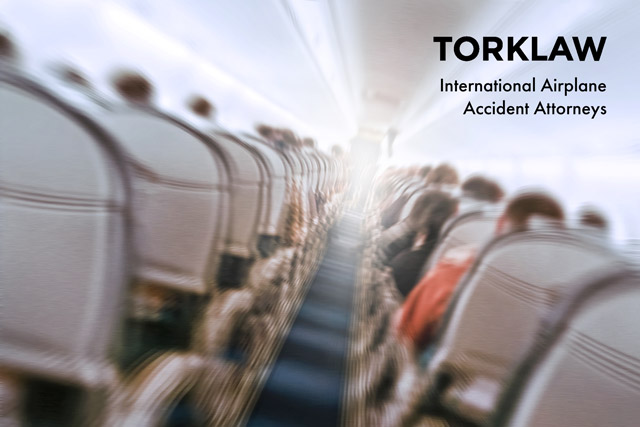 Claims for injury and death related to international airplane accidents are complex and challenging.

The starting point for a discussion of liability for personal injuries and deaths involving commercial airplane accidents on international flights is the Warsaw Convention treaty, which took place in 1929 and was the applicable law until the Montreal Convention of 1999. These treaties govern the liability of international air carriers for accidents in which a passenger is injured or killed on an international flight. They create monetary liability limits on damage awards against an international airline, and payable to injured victims or their next of kin without having to prove negligence or other fault on the part of the airline or its employees.

Because the liability limits of the Warsaw Convention and subsequent amendments were inadequate in most countries to fully compensate the victims of an international aircraft accident, the Montreal Convention of 1999 took effect on November 4, 2003 to unify and clarify that system. Even though the Montreal Convention is more consumer-friendly than its predecessor, it does not alter the original goal of the Warsaw Convention of maintaining limited and predictable damage amounts for airlines.

The Montreal Convention of 1999 applies to all commercial international aircraft transportation of people, baggage, or cargo. It makes carriers liable for damages sustained in case of death or bodily injury of a passenger that takes place on board the aircraft or in the course of embarking or disembarking, if the passenger’s injury is caused by an unexpected or unusual event and is not the passenger’s own reaction to a normal, and expected operation. For example, the United States Supreme Court held that the risk of developing deep vein thrombosis (DVT) during a flight is not an “accident” within the meaning of treaty.

The Montreal Convention creates a two-tiered system of compensation.

Both the Montreal Convention and the Warsaw Convention cover compensation for “bodily injury.” But what of the passenger who survives an international flight accident, yet suffers serious mental disorders? That issue is left to the courts to resolve. The courts have taken the position that, as for mental and psychological injuries, they are recoverable only where they are caused by bodily injury.

However, a 2017 U.S. Court of Appeals decision expanded the scope a bit. A woman who pricked her finger on a hypodermic needle that was left in the seat pocket by a prior passenger sued an airline for the emotional distress of potential exposure to some unknown disease. The court ruled in her favor, stating that emotional damages are recoverable if they can be traced to the accident, regardless of whether the emotional distress is caused directly to the bodily injury.

An injured passenger or the next-of-kin of a deceased passenger may file a lawsuit in one of the following venues:

Note that the Montreal Convention and its predecessors (the Warsaw Convention, Prague Protocol, Montreal Agreement, and other agreements) apply only to the airlines. It does not apply to others who may have caused the victim’s injuries or death, such as the manufacturer of the airliner or the maker of component parts or systems installed in the aircraft. Airports, private maintenance companies, or other service providers cannot reap the benefits of the Warsaw Convention unless they are found to be performing the airline’s functions under the Warsaw Convention. The United States government can be held liable for the actions of its Air Traffic Controllers, if the ATC is involved in non-policymaking and non-discretionary functions.

If a plane crashes in the “territorial waters” of the United States, the deceased victim’s next of kin are entitled to be compensated for all their losses. The territorial waters of the United States extend for 12 miles from land. International flight crashes outside territorial waters are subject to the Death on the High Seas Act (DOHSA). Before 2000, the DOHSA permitted the designated persons to recover damages only for their “pecuniary” or “economic” losses, such as lost wages and support of the deceased victim. Since 2000, however, the victim’s heirs have been able to recover damages for non-economic losses, such as loss of care, comfort, and society. However, the United States Supreme Court has ruled that the relatives of a decedent killed in an aircraft accident on the high seas may not bring a survival action to compensate the deceased passenger for pre-death pain and suffering.

When an international commercial aircraft crashes, causing a loss of life or serious injuries, the airliner and its insurance company will usually contact the next of kin immediately. Before you sign any document given to you by the airline company, read it carefully before signing and if you have any questions about what it means, take it to an experienced personal injury lawyer.