We observe National Immunization Awareness Month (NIAM) in August each year to emphasize the importance of vaccinations to prevent deadly diseases in our communities.

How Do Vaccines Work?

Vaccines contain a weakened form of the disease it is made to prevent. This imitates the virus or bacteria without causing illness. Rather, it triggers the immune system to respond as it would to a real infection.
When some people experience minor symptoms after a vaccine, it’s because their natural immune response is learning to recognize and fight that virus.
In the United States, vaccines have all but eliminated diseases that once killed people routinely. But the viruses and bacteria that cause these diseases still exist. This is why vaccines are still so important.
Most recommended childhood vaccines are effective for 85 to 95 percent of recipients. Some people can’t be vaccinated due to allergies or autoimmune disorders. But when a large enough percentage of the population is vaccinated, it limits the transmission of contagions to those people. This “herd immunity” protects everyone.

What Happens When People Stop Vaccinating

In Japan, by 1974, due to a successful public health program, nearly 80 percent of children had been vaccinated against pertussis (whooping cough). Only 393 cases of the illness were reported – and zero deaths.
But rumors spread that pertussis was eradicated and people didn’t need to immunize anymore. By 1976, the vaccination rate dropped to 10 percent. In 1979, Japan experienced a major pertussis epidemic. 13,000 people were infected, and 41 people died. After the government redoubled its efforts to ensure everyone was vaccinated, the numbers dropped again. 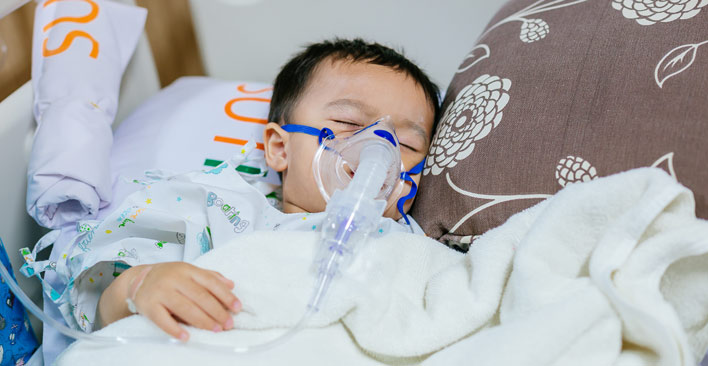 Unfortunately, we are seeing similar rumors and results in the U.S. today.

Before 1963, when the U.S. began its measles vaccine program, there were four million cases per year, nearly 50,000 requiring hospitalization, and 500 resulting in death. Thanks to almost 40 years of educating and immunizing the public, the U.S. declared measles eliminated in 2000.
Unfortunately, as of June 27, 2019, the Centers for Disease Control and Prevention (CDC) had confirmed 1,095 cases of measles in 28 states. That’s just since the beginning of the year. If transmission continues through September, we will lose that “eliminated” status. More importantly, people – especially vulnerable people like infants and children, the elderly, and those with autoimmune conditions – will die.

How Did This Happen?

Similar to what happened in Japan decades ago, the recent anti-vaccine movement started with rumors, untruths, and an overly-complacent society.

In 1998, discredited former gastroenterologist Andrew Wakefield authored a fraudulent paper in a medical journal, claiming the MMR vaccine caused autism.
The “research” cited in this paper was a study of only 12 children. There were no scientific controls to rule out other causes. This study was mostly based on recollections and opinions of the parents.
Other doctors and scientists were unable to reproduce the findings. Then reporter Brian Deer began looking into it and discovered an overwhelming amount of fraud.
To start with, Wakefield had a clear conflict of interest. He was involved in a lawsuit against MMR vaccine manufacturers at the time he wrote the paper. He changed facts in all 12 cases to support his claim.
Worse, Deer uncovered a business proposal showing Wakefield was seeking to market a test for this new “disorder” he had invented. Sales of this test would be driven by lawsuits filed by parents of autistic children who believed vaccines were to blame for the condition.
In 2010, the GMC found Wakefield guilty of dishonesty and the abuse of developmentally delayed children. He was barred from practicing medicine in the UK.
Since then, any link between the MMR vaccine and autism has been thoroughly debunked by all reputable medical associations. In March of 2019, results of a ten-year study of more than 500,000 people in Denmark showed no correlation between the measles vaccine and autism.
For those who still worry about vaccine safety, according to the National Institutes of Health’s National Center for Biotechnology Information, vaccines in the U.S. are the safest medical products in use. Serious side effects are very uncommon and deaths associated with vaccines are extremely rare.
So why do some parents still choose not to vaccinate their children against deadly but highly preventable childhood diseases?

Some people still remember what life was like before vaccines. There are people who still live with permanent disabilities because of diseases such as measles, mumps, pertussis, and others.

Between 1912-1922, when measles was first required to be reported, it killed 6,000 people each year.
Measles is a highly contagious, airborne virus spread when an infected person coughs or sneezes. Symptoms are like those of a common cold, but with a high fever and a rash. The first indication may be lesions called “Koplik’s spots” inside the person’s mouth. Then, flat red spots appear on the face, head and eventually all over the body.
Measles can cause serious health issues, particularly in small children. These complications include:

Rubella (German measles) is another form of measles, is especially dangerous for pregnant women because it can cause birth defects in unborn children.
The measles vaccine is typically combined with those for mumps and rubella. The MMR vaccine requires two doses to be effective. Children should receive the first after they are 12 months and the second after age four.

Mumps is another contagious disease caused by a virus. Early symptoms of mumps include fever, head and muscle aches, fatigue, and a diminished appetite. The salivary glands become swollen and tender, and the cheeks and jaw area take on a puffy appearance.
Complications of mumps can also be severe. Males who have reached puberty may experience inflammation of the testicles or even decreased testicular size. In women, it can cause painful swelling of the breast tissue or ovaries.
Mumps can also cause deafness, pancreatitis, encephalitis, and meningitis. As noted above, the mumps vaccination is part of the MMR shot.

Whooping cough, or pertussis infection, is also a highly contagious bacterial disease, spread by close contact. It affects the respiratory system. People who are infected exhibit coughing so uncontrollable and violent, the person cannot inhale between coughs. When they are able to breathe, the result is a “whooping” sound. (If you’ve never heard it, watch this video.)
Pertussis can be serious for people of all ages, and deadly for babies less than a year old. This is why the DTaP vaccine for diphtheria, tetanus, and pertussis is recommended at two, four and six months. A Tdap booster (with a reduced dose of diphtheria and pertussis vaccines) is recommended at age 11-12, and every 10 years or so after that. Pregnant women should have a Tdap shot between the 27th and 36th week of each pregnancy.

How You Can Prevent the Spread of Dangerous Disease

While we now have better hygiene, sanitation, and treatment than 50-100 years ago, the causes of these diseases still exist. The risk of serious and potentially deadly complications from just one of them is overwhelmingly greater than any highly unlikely side effect of its vaccine. When more people in our communities are vaccinated, the lower the risk of transmission. 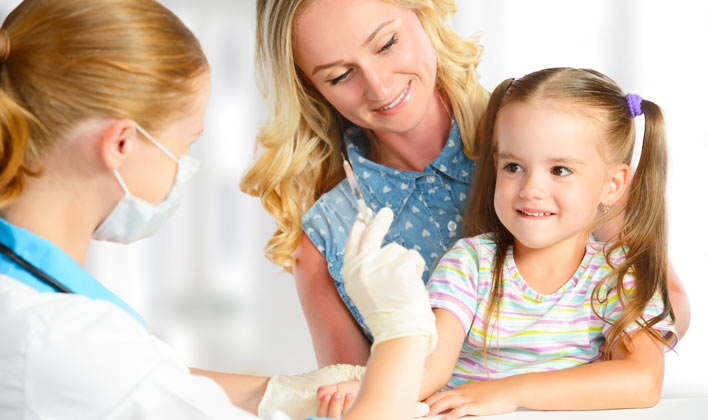 Vaccinate Your Children (and Yourself)

Your child’s pediatrician will recommend the right vaccines to protect your child from 14 serious diseases. These vaccines are the product of decades of research and testing to ensure their safety and effectiveness. They may save your child from a serious, debilitating illness or early death.
By immunizing your children, you are also protecting others in the community who may be unprotected because they can’t be vaccinated. Think of infants, or people being treated for cancer.
It’s also important to make sure you are fully immunized yourself.

The American Academy of Pediatrics (AAP) has created an interactive immunization map, Child Vaccination Across America, displaying vaccination rates of childhood diseases in each state. The map also shows locations of outbreaks.
At TorkLaw, we support National Immunization Awareness Month to build awareness of the vital need for high vaccination levels in our community. We want you and your family to be safe and healthy.
If you are ever injured in a car accident, or motorcycle accident, or hurt by a defective product, contact us. We can help you recover what you need to return to safety and health.