The Inconsistent and Confusing Tradition of Presidents’ Day

The United States tradition of celebrating Presidents’ Day in February is one of the more confusing holidays in the United States. For one thing, every state celebrates it differently. For another, it doesn’t ever seem to fall on any actual president’s birthday, but instead, is placed somewhere in between George Washington’s and Abraham Lincoln’s birthdays. And how is it spelled? President’s, Presidents’ or Presidents?
Below are some “fun” facts about the Presidents’ Day holiday; as interesting as they may be, there is no guarantee that any of them will clear up the confusion.

Is Presidents’ Day a Federal Holiday?

The short answer is no.
In 1879, Congress declared Washington’s Birthday, which is February 22, as a federal holiday. It remained that way until 1968, when The Uniform Holidays Act decreed that Washington’s Birthday commemoration would be held on the third Monday in February each year. The Uniform Holidays Act still stands, and there hasn’t been any subsequent law to change the name of that holiday, or to create another federal holiday called Presidents’ Day.
According to Snopes, in the early 1950s, the National Association of Travel Organizations (NATO – but not that NATO) called for combining Washington’s birthday and Lincoln’s birthday, February 12, into a single Presidents’ Day celebrated on the third Monday in February. They also suggested shifting many other holidays to Mondays, including Memorial Day, Independence Day, and Veteran’s Day. Memorial Day and Washington’s Birthday were moved, but the other suggestions didn’t take. Because the states are not obligated to observe federal holidays, many states also implemented the suggestion to call the February holiday “Presidents’ Day,” but that was never adopted at the federal level. 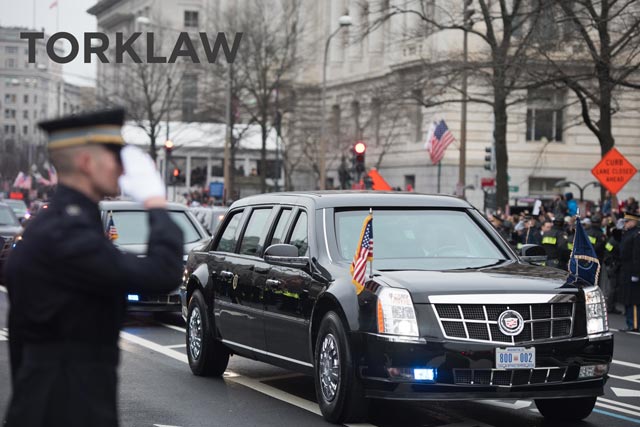 What Exactly Is Presidents’ Day?

There is no single answer to this question. It’s either about George Washington, or Abraham Lincoln, or both, or all United States presidents, or the office of the presidency itself. As a public holiday, Washington’s Birthday is a paid day off for federal employees in non-essential offices, such as the Post Office. Many schools also give students a day off where it is a state holiday. According to this recent Bloomberg article, more U.S. employers offer paid holidays on the Martin Luther King, Jr.’s Birthday holiday (43%) than they do for President’s Day (39%).
Most often, like every other American holiday, it’s a day to take advantage of the retail discounts found at the many Presidents’ Day Sales you will see advertised.

How Is It Spelled?

Is it Presidents Day, President’s Day, or Presidents’ Day?
It depends on whom you ask.
“Presidents’ Day,” uses the plural possessive form, so this indicates a holiday for more than one president – such as George Washington and Abraham Lincoln. The Chicago Manual of Style and Merriam-Webster both recommend this form.
“Presidents Day” is a form in which the word “Presidents” is an attributive noun—a noun used as an adjective. Attributive nouns are those that could be expressed by the prepositions ‘for’ or ‘by’—for example, a day for presidents. This form would be preferred when describing a day for all presidents. The Associated Press Stylebook says this form is correct.
“President’s Day” is in the singular possessive format. If you are referring to a holiday celebrating one person – such as George Washington – this would be correct. However, if you are referring to one president, it makes more sense to use that president’s name, as in Washington’s Birthday.
In short, “Presidents’ Day” and “Presidents Day” are both acceptable from a grammatical standpoint.
“President’s Day” just doesn’t make much sense – but you will still see it spelled that way frequently, even on state government websites.

What States Celebrate It?

According to this site, the states that celebrate some spelling of Presidents’ Day are listed below. However, even on some of these states’ official government websites, you can find the holiday spelled in different ways.

These states celebrate some variation of the two: 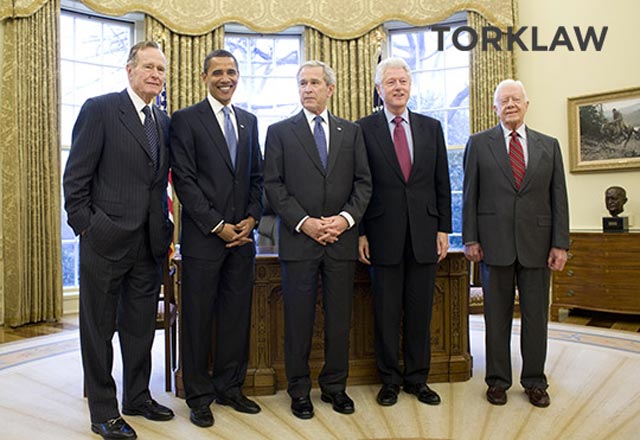 Five living US Presidents in 2009

Do All States Celebrate Presidents’ Day (or whatever) on the Same Day?

No.
New Mexico celebrates Presidents’ Day on the day after Thanksgiving.
Georgia and Indiana celebrate Washington’s Birthday on December 24, with exceptions when Christmas Day falls on a Sunday or Saturday.
The following states don’t celebrate any holiday for any POTUSes:

If you were simply wondering “When is President’s Day weekend?” you may have to do a bit of your own research to find out.

Does Presidents’ Day Ever Fall on an Actual U.S. President’s Birthday?

In general, no (again).
For the states that observe a presidentially-named holiday on the third Monday in February, that day will fall between February 15 and 21 on any given year. There has not yet been a president of the United States with a birthday on or between those dates, so Presidents’ Day never falls on any president’s actual birthday in those states.
In New Mexico, where Presidents’ Day falls on the day after Thanksgiving, that could be anywhere between November 23 and November 29. Franklin Pierce was born on November 23, and Zachary Taylor was born on November 24, so New Mexico’s Presidents’ Day will occasionally fall on either the birthday of the president who is best known for the phrase “Bleeding Kansas,” or the one who died of cholera while in office. 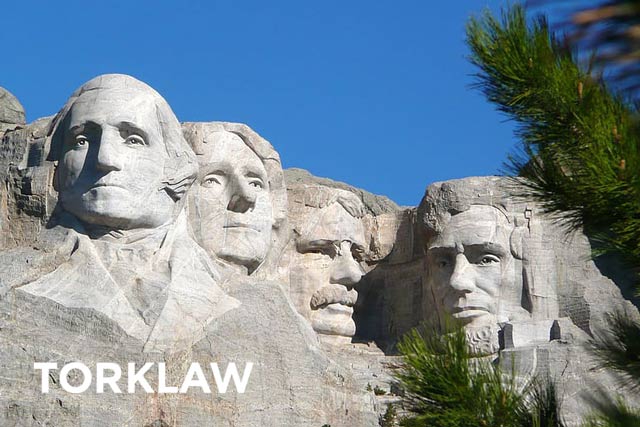 Presidents for Whom We are Grateful

As a law firm, our blog would be remiss if it did not mention the 26 U.S. Presidents who were attorneys, either before or after their presidency, and why they (may) deserve to be celebrated:

At TorkLaw, we are also grateful to our clients, and like the presidents listed above, are dedicated to serving our democratic process. We remain committed to the ideal that the courtroom should be open to all individuals equally.
If you have been injured or lost a loved one due to the negligent actions of another person, we are here to help you receive the compensation you need and deserve. Call us today. The team at TorkLaw wishes you a safe Presidents’ Day holiday!