The third Sunday each June, people across the United States celebrate Father’s Day to honor the contribution of fathers and father figures in their children’s lives, and in society.
Father’s Day had its start in 1908, when a “Father’s Day” service was held in West Virginia to honor the men killed in the Monongah Mining Disaster, most of whom were fathers. In 1910, a woman named Sonora Smart Dodd began promoting a Father’s Day holiday in Spokane, Washington, as an homage to her own father, who is described below.
This Father’s Day, TorkLaw recognizes some of history’s best and worst fathers, and those who had the most children.

Sir Thomas More was an English lawyer, philosopher, statesman, and Lord High Chancellor in the 1500s. (He is pictured above with his family — third from left, in the black robe with the gold collar and badge.) He became a knight under King Henry VIII. But then More, a Roman Catholic, refused to support the king’ annulment of his first marriage so that Henry could marry Anne Boleyn. More also refused to acknowledge Henry as Supreme Head of the Church of England. So, the king ordered him to be beheaded.
Before his death, though, he was an affectionate and doting father. He had four children with his first wife, raised his second wife’s daughter as his own, and became guardian to two other children. He gave all his children a classical education, including the girls – which was highly unusual at the time. He took extraordinary pride in all his children, and as a result, it became more common for noble families to educate their female children. The Catholic Church made him a saint in 1935, so who are we to argue? 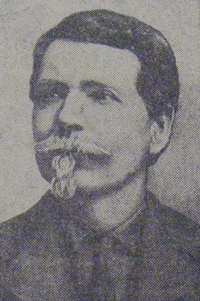 William Jackson Smart may not be a familiar name, but his devoted daughter, Sonora Smart Dodd, made it her life’s work to establish a day to honor him. Born in the 19th century, Smart was a Civil War veteran. After the war, he married, had five children, and was widowed. He remarried a woman who had three children; he also took in his widowed sister and her son, and raised them all together. Smart’s second wife gave birth to six more children, tragically dying during the birth of the sixth. Smart was left a widow again, with nine children left at home. Dodd said that he gladly took on the role of both father and mother to them all.
After attending a Mother’s Day service in 1909, it occurred to Dodd that there should be a similar day to celebrate loving, hard-working fathers like her own. She sponsored a service in Spokane the following June. Although her idea was supported and celebrated by many, it wasn’t until 1972 that President Richard Nixon declared the third Sunday in June as a federal holiday to honor fathers. Dodd died six years later at the age of 96, her father’s legacy secure.
Dick Hoyt has run over 32 Boston Marathons, and participated over 1100 athletic events, including Ironman Triathlons, with his oldest son, Rick. What’s unique about Team Hoyt is that Rick has severe spastic quadriplegia and Cerebral Palsy. Rick is non-verbal and must use a wheelchair, which Dick has pushed through every race Team Hoyt has run. 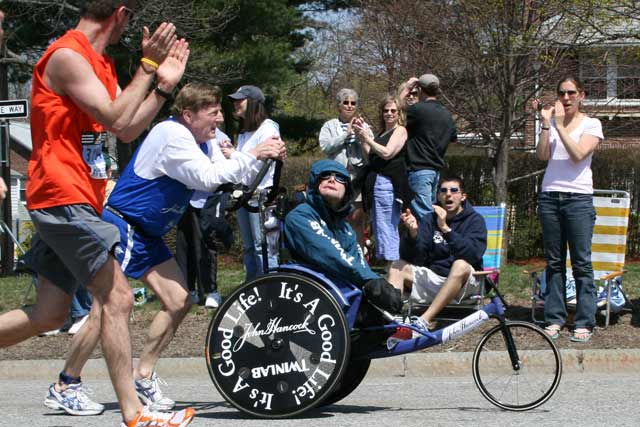 When Rick was an infant, Dick and his wife, Judy, were advised to put him in an institution. Doctors told them that Rick was unable to have any quality of life. But the Hoyts knew Rick was highly intelligent and just needed the right solution. Eventually, engineering students developed a special computer that allowed Rick to communicate, one letter at a time. Eventually, Rick became the first non-speaking quadriplegic individual to graduate from the School of Education at Boston University.
When he was 15, Rick asked his dad if they could participate in a five-mile charity run for a local athlete who had been paralyzed in a car accident. After the race, Rick told his father that when they were running, he didn’t feel like he was handicapped. That was all it took to make Team Hoyt an ongoing effort.
Dick and Judy’s two other sons, Rob and Russ, also inherited their father and brother’s commitment to excel, earning all-state honors in swimming and wrestling, and supporting their dad and brother with enthusiasm and love. 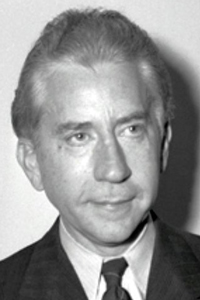 John Paul Getty, despite being one of the richest men in the world, was obsessed with protecting his wealth. It is said that he had a payphone installed in his London mansion to avoid paying guest’s phone bills. A notorious womanizer, he married and divorced five times. He would write his five sons into and out of his will, depending on his mood. When his son Timothy died of a brain tumor at age 12, Getty, who had complained bitterly about paying for Tim’s child support and medical bills, didn’t even attend the funeral.

When his grandson, John Paul Getty III, was kidnapped in Italy, the captors demanded $17 million. Getty refused. The kidnappers then sliced off his grandson’s ear and sent it to him. Grudgingly, he put up $2.2 million, because that was the maximum amount he could deduct on his taxes. He loaned another $700,000 for the ransom to the boy’s father (his own son), providing that the sum be paid back at 4 percent interest. 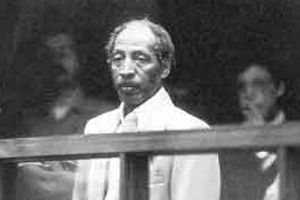 Marvin Gay Sr. was reportedly a harsh and overbearing disciplinarian to his children. His most brutal punishments were toward his namesake, Marvin Gay, Jr. When the younger Marvin became a successful Motown musician, he changed his name to Marvin Gaye, with an “e” at the end, both as an homage to Sam Cooke, and also to distance himself from his father. In 1984, after a physical altercation, Gay fatally shot his son, who was mourned by millions of heartbroken fans.
Woody Allen may be a great Hollywood director, but he’s a bad dad. In the early 1990s, he lived with his partner Mia Farrow, their three children, and Farrow’s children from a previous relationship. Then, Farrow discovered Allen was involved in a sexual relationship with his 21-year-old stepdaughter. Shortly afterwards, Allen’s seven-year-old daughter told Farrow that her father had also molested her.
The 57-year old Allen responded by holding a press conference to deny the molestation accusation, and profess his love for college sophomore Soon-Yi. 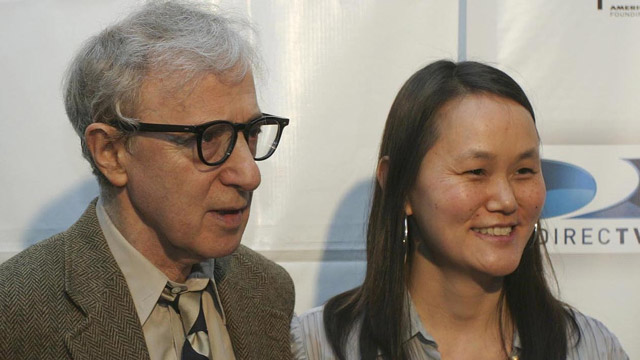 A nasty custody battle for guardianship of the couple’s children followed. While Farrow was unable to prove the molestation claims, she was still awarded full custody, because, the judge found Allen to be a “self-absorbed, untrustworthy, and insensitive” father.

Most Prolific Fathers of All Time 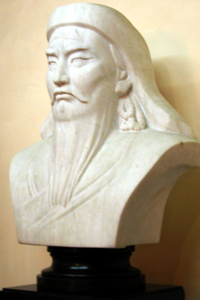 Genghis Khan founded the Mongol Empire by uniting many of the nomadic tribes of Northeast Asia. He is said to have fathered over 1000 children, which sounds like a legend. But a 2003 study in genetics shows that Khan, who died in 1227, is a male-line ancestor of 0.5% of the world’s current population. The legend may be true. 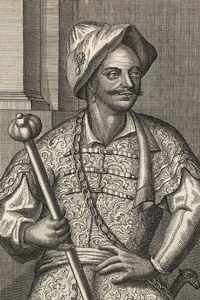 Moulay Ismail ibn Sharif was the Sultan of Morocco from 1687 to 1727. His 55-year reign is considered to be a golden age in the country’s history, marked by security, tranquility, and order. The Guinness Book of World Records claims that he had 1042 children with four wives and at least 500 concubines. 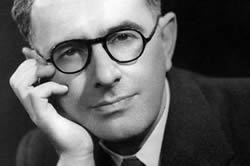 Bertold P. Wiesner, an Austrian-born biologist and his wife, Dr. Mary Barton, opened a clinic in London in the early 1940s. Over the next two decades, they helped infertile middle and upper-class couples produce about 1,500 children using artificial insemination. We now know that many of those pregnancies were created using Wiesner’s own sperm. It is estimated that he could be the biological father of up to 600 children born between the early 1940s and the early 1960s.

No matter how many children you have or care for, TorkLaw wishes all fathers and father figures a safe and happy Father’s Day. If you or your dad need legal advice regarding an accident injury claim, we’re here for you, every day.