What Happens if I am the Passenger in a Car Accident and the Driver was Driving Under the Influence?

Home / A Collection of Legal Rights Guides / The Ultimate Guide to Car Accidents / What Happens if I am the Passenger in a Car Accident and the Driver was Driving Under the Influence?

Being injured in a car accident is always frightening, no matter if you are the driver or the passenger. As a passenger, you have the same rights to being compensated for your injuries as anyone else involved in the accident, right? When passengers pursue a claim with insurance, it is referred to as a third-party insurance claim.

Passengers fall into a problematic area with their third-party injury claim when they are the passenger of a driver who was found to be driving under the influence. Whenever you run into a situation where there are multiple parties and insurance companies, it can become complicated to get the compensation deserved.

If you or someone you love find yourself in this situation, it is best to speak to an experienced drunk driving accident attorney in your area.

Compensation in a Car Accident

Under normal circumstances, passengers can file a claim with the at-fault driver’s insurance company for the injuries sustained. In some situations, the passenger may bring a claim against both of the drivers if there is an amount of fault between both parties. The damages requested are often economic and non-economic.

Economic damages in a car accident are the damages that the injured party can quantify. Damages that can have a specific dollar amount assigned to them, like doctor’s bills, hospital bills, lost wages, and other provable amounts, are considered in the category of economic damages. Most insurance companies only want to pay out these damages because there is proof of the valuation.

Non-economic damages are a little harder to prove. These are the damages for pain and suffering, loss of enjoyment of life, and other damages that you can’t really put a price tag on. Insurance companies often try to shy away from the non-economic damages since there is no set value to them, and each case is different.

There are times when the passenger can be found at fault, especially if the driver of the vehicle they are in is guilty of driving under the influence. There are factors in these accidents that can affect the outcome of a passenger’s personal injury claim.

Filing a Claim Against a Relative

Knowledge the Driver was Under the Influence

The claims will likely be reduced or dropped if it is found that you knew the driver was under the influence when you got into the car (and other factors apply). Most of this will be corroborated by witness testimony, your statement, and other individual factors. There are situations where the passenger may not have known (in the case of someone who can hold their liquor), which becomes a slippery slope, requiring legal counsel to handle.

Could the Passenger Refuse the Ride?

There is a difference between being able to refuse the ride and not having the ability to refuse. In most circumstances, minors fall into this category. Minors are not in a position to question or refuse the ride from an adult or authority figure. As adults, unless circumstances are dire or we are under the influence ourselves, we have the capacity to make the decision and refuse the ride.

Seeking Another Mode of Transportation

The insurance company, the judge, and the jury will want to know if there was another mode of transportation that the injured passenger could have secured instead of getting into the vehicle with the driver under the influence. They might look at rideshare information, taxi cab availability, and other family members who could have picked up the passenger. In some circumstances, these are not viable possibilities.

The more claims on the negligent driver’s insurance policy, the more lengthy and drawn out the process can be. The problem that many run into at this point is that the insurance policy is not sufficient enough to cover all of the damages sustained in the accident. Without sufficient liability coverage, there may be some who do not get the compensation they truly need for the bills they accrue. 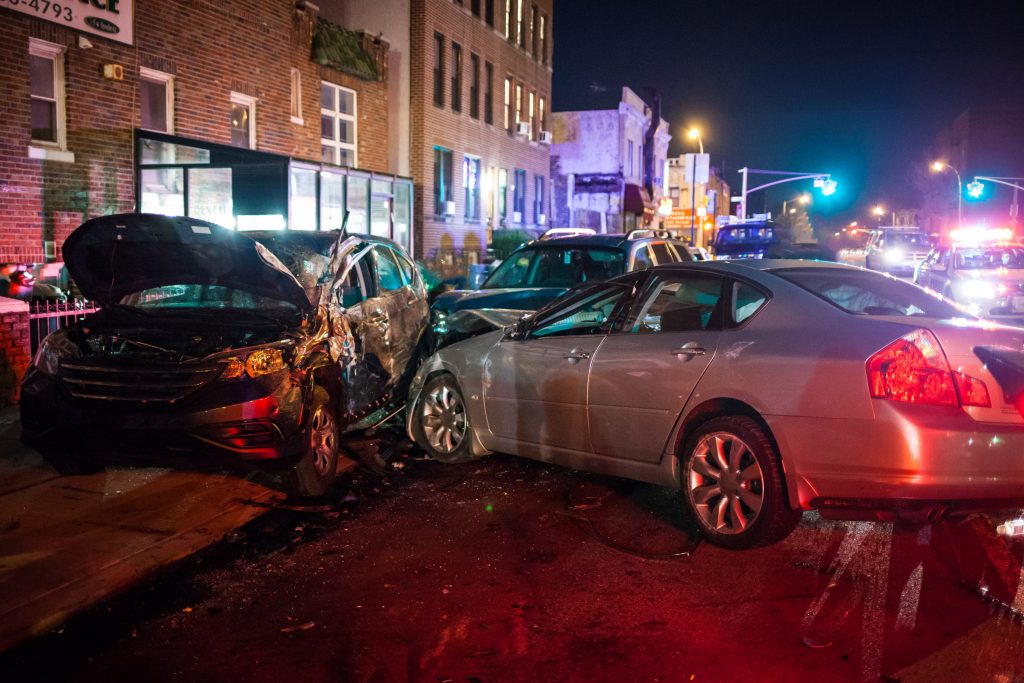 Types of Negligence in a Car Accident Case

Pure comparative states include (including the three no-fault):

Modified comparative negligence is like pure comparative negligence, but with a caveat. The percentage of blame often determines the likelihood that a claim will be paid out. The states in this category often set a percentage, like 50% or 51%, which is the threshold. For example, you are in an accident that causes $1,000 worth of damage. You are found 49% at fault for the accident, and the other driver 51% at fault. You can file a claim for up to 49% of the damages. If you were found 51% at fault for the accident, you would be entitled to no compensation.

South Dakota follows their own determination of modified comparative called “slight/gross negligence.” The only way the at-fault driver receives any payout is if they are considered “slightly” at fault. There are no percentages assigned to blame in this state.

Pure contributory negligence will only reimburse a driver if they are blameless in an accident. If there fault between both parties, no matter the percentage, there will be no payout for damages by the insurance companies. There are only four states and the District of Columbia that practice this type of negligence.

Why You Need an Attorney

Anytime you are involved in a car accident (driver or passenger), and it causes injury, it is a good idea to hire legal counsel. Even if you live in a state where the negligence rules may make it hard to receive compensation, it is better to seek consultation and see if you are entitled to having your claims paid.

Most car accident attorneys work on a contingency fee contract. Per the contract, they receive nothing if they win your case. If they believe your case is one they can win, they will take you on as a client and do their best to have your damage claims paid by the at-fault driver’s insurance.

You should never assume that your case is unwinnable. You won’t know what you are entitled to until you speak to an experienced car accident attorney about it.

Talk to TorkLaw About Your Free Consultation

Even if you are an injured passenger in an accident where you were in the car with a driver under the influence, you may be entitled to compensation for economic and non-economic damages. To learn more about your rights as a passenger and to see if you have a case, call our offices at 888.845.9696 for your free case consultation.

You gain the experience of professional attorneys – at no cost to you. All of our consultations are kept private and confidential. If you live in one of our service areas and are the victim of an accident where you were the passenger in a vehicle driven by someone under the influence, we urge you to call now and see what you are entitled to.