The world was designed for men — literally. When designing products, medicine, and public spaces, the designers and scientists look through the prism of the “default male” — that is, viewing men as the human default. This failure to collect data about women in product design is more than simply a constant irritation for women. In many cases, it is life-threatening.

A 2016 study found that women are 50% more likely to receive an incorrect diagnosis for a heart attack. Cardiovascular studies have primarily focused on men, assuming women’s cardiovascular systems were the same, only smaller.
We now know that cardiovascular disease presents different symptoms in women: discomfort in the back or the jaw, shortness of breath, nausea and/or vomiting. Some female heart attack sufferers may experience chest pain, like men, but many don’t have any chest pain at all.
The reality is that heart disease kills more women than breast cancer. But breasts get more attention. 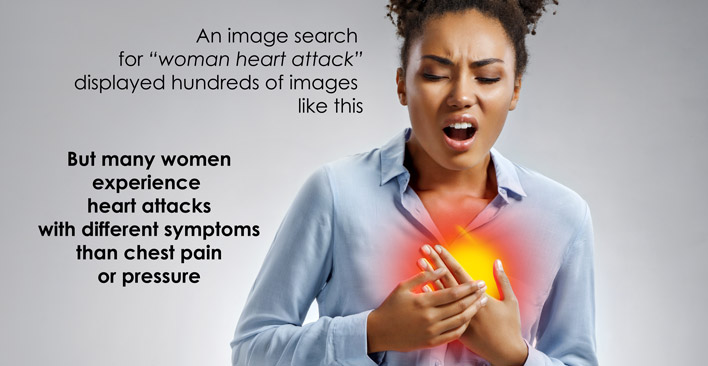 Advances in artificial hearts only benefit 20% of women

Recent developments in artificial heart implants give hope to people with heart failure – but again, mostly male people.
An article in Smithsonian magazine praised the life-giving miracle of the revolutionary “Carmat” artificial heart, expected to give transplant patients a normal life for up to five years. At the bottom of the article, however, we read that the device is compatible for 86 percent of men, but only 20 percent of women.
They’re working on “smaller versions.” But we’re not sure they’re working on versions that factor in women’s cardiovascular differences.

Recently, the United States Food and Drug Administration told manufacturers of the sleep aid zolpidem (Ambien) that the recommended dose for women should be cut in half.
It turns out, women’s bodies work differently than men’s: women eliminate zolpidem from their bodies more slowly. So, when women took the recommended dose at night, they awoke in the morning with a high residual level of zolpidem in their systems, impairing their ability to drive or perform other tasks safely. A study showed that female Ambien users are 61 percent more likely to have a car accident.
This should have been discovered during the clinical trial; but, when drug tests don’t include data on women, the consequences are deadly. This is why Dr. Francis Collins, the director of the National Institutes of Health, stated on June 13, 2019 that he will no longer participate on scientific panels that do not include women. 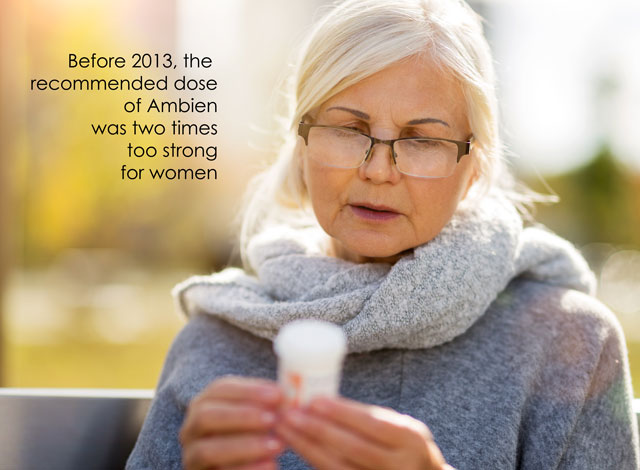 Until 2011, all crash-test dummies used to develop automobile safety features were male. When they started to use smaller crash test dummies, they discovered that car accidents are 47 percent more likely to seriously injure women, 71 percent more likely to moderately injure women, and 17 percent more likely to be fatal to women.
However, that’s not the whole picture. First, the female dummy is not actually built like a female; it’s just a smaller version of the male dummy. It doesn’t represent the average woman’s muscle mass distribution, lower bone density, or differences in vertebrae spacing or body sway.
Secondly, two-thirds of crash test situations use male drivers only: for head-on and side barrier crashes, there is no data for how a female driver is impacted. There is only data for female drivers in the third test situation: a side crash into a pole. Recent statistics show there are more women drivers than men, but we have very limited data on how safe they are.

Speech recognition software is a key safety feature in many vehicles. Drivers can access GPS instructions, and make emergency calls without taking their hands off the wheel. Well, male drivers can, anyway.
Voice command systems in vehicles and other products are unresponsive to women’s voices more often than they are to men. Google’s voice-recognition software is still more likely to accurately recognize male speech. People with different accents also have difficulty.
In an emergency, a woman’s ability to access the phone while trapped or immobile may be the difference between life and death. 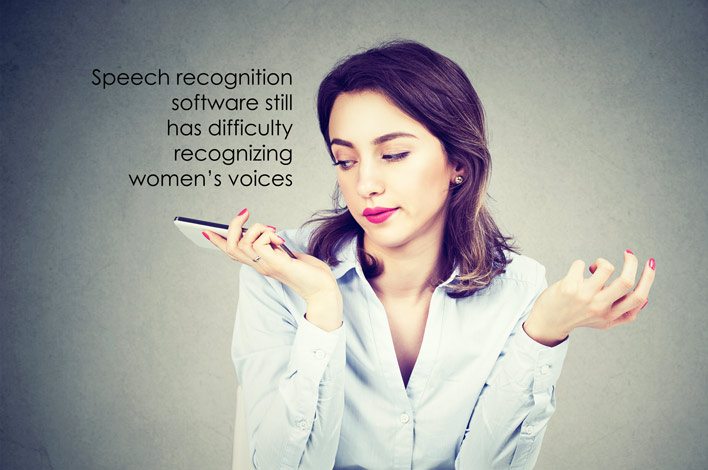 Women in occupations that, decades ago, were primarily done by men often face a design gap in protective equipment. Construction, military, and law enforcement jobs require goggles, face masks, safety harnesses, hard hats, gloves, and body armor. Most of this equipment has been designed to fit male bodies. While smaller sizes might be available, they simply don’t line up to the protection points on women’s bodies.
It’s not just women, either. The “standard” US face shape for dust/hazard masks and goggles is a Caucasian male. The fit is not only wrong for women but many black and other ethnic men as well.
Women serving in law enforcement and in the military are provided with body armor designed to fit men. Smaller sizes don’t accommodate women’s breasts, and larger sizes are too loose around the waist and shoulders. When body armor is uncomfortable, ill-fitting, or restrictive, it makes a dangerous job even riskier.

Using a more inclusive approach to designing products and spaces would not simply improve safety, but would improve overall health and productivity.

Most office workspaces wage an ongoing thermostat battle: in general, women feel too cold, while men are either perfectly comfortable or too warm.
There’s a reason. The temperature regulation algorithms for office buildings were designed for a 154-pound male. Women typically have smaller frames and less muscle mass, which means they are uncomfortably cold in these environments. Recent studies at the University of Southern California’s Marshall School of Business showed that women are more productive in warmer temperatures. While men were slightly less productive, the difference was not as pronounced. Overall productivity would be increased when thermostats are set significantly higher than they are now. 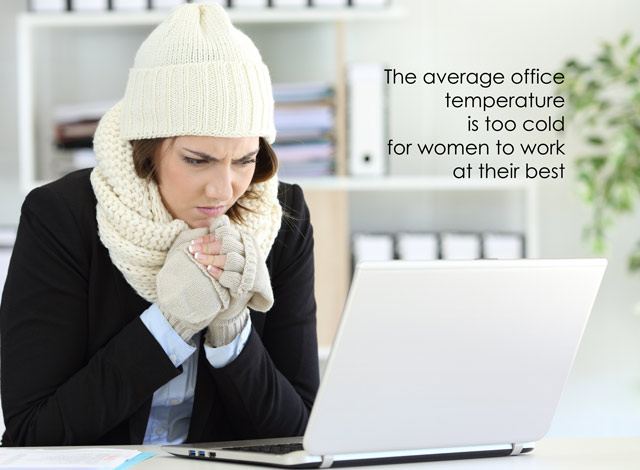 A study of union carpenters found that more women suffered more sprains, strains and nerve conditions in their wrists and forearms. Since most tools are designed for the average male’s hands, and women’s hands are typically smaller, it’s not difficult to determine why.
For anyone still questioning the need to change the status quo, imagine if the situation were reversed. If cars, artificial hearts, voice recognition software, body armor, etc. were designed with only women’s physical attributes in mind, the world would be absurdly unfair to men.
[bctt tweet=”If all products were designed only for women, the world would be absurdly unfair for men. So why do product designers view men as the human default vs. designing for all genders and body types?” username=”torklaw”]
Some companies get it. This article praises Japanese tool manufacturer Makita for making power tools that are lighter and smaller, but still powerful. And the history of product design abounds with examples of how designing for the extremes has created massive benefits for the general use case:

And in many ways, manufacturers of products and medicines are starting to learn the importance of studying how their products impact female users. But unfortunately, they’re not closing the gender data gap fast enough. It’s a sad reality that sometimes, a lawsuit is the only way to make corporations do the right thing.

If you are a woman who has been injured by a dangerous product, the attorneys at TorkLaw would like to talk to you. You may be entitled to compensation if the product was used as designed, and according to the labels and instructions, and still proved to be harmful. We may be able to help you obtain the compensation you deserve.