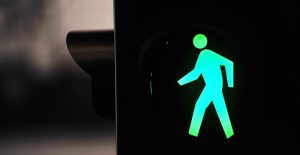 Santa Cruz County officials are saying that the collision took place around 8:30 p.m. on Thursday. Marlyn Uribe was crossing the street when she was hit by a 20-year-old driving a BMW.

Paramedics were called to the scene of the collision in order to help the victim. Sadly, Marlyn Uribe died as a result of her injuries.

The driver of the BMW remained at the scene and cooperated with police. Driver intoxication is not a suspected factor in the crash.

The family of any victim that died in a pedestrian accident may have legal recourse through a civil claim. Potential beneficiaries in a civil claim will typically include a victim’s spouse. Damages in a civil claim can help with many of the expenses that can come with the sudden loss of a loved one. However, in order to win a civil claim, plaintiffs will have to demonstrate negligence.

We at TorkLaw extend our deepest condolences to the family of Marlyn Uribe. Any person that may have more information about what happened should reach out to police. There needs to be a thorough investigation for the sake of the victim’s family.

Do you need more information about a Watsonville pedestrian accident? Our team of pedestrian safety advocates are here to answer any questions that you may have. We care deeply that accident victims are aware of their rights and that those rights are being protected. Whether you just have legal questions or need a free investigation into an accident we are here for you. You can reach out to us anytime at (888) 441-4991.