Football is an all-American pastime that evokes passionate fan support, and is the basis for an entire business and entertainment infrastructure. It’s a sport that also carries risk. In recent years, brain injuries caused by football have resulted in several personal injury lawsuits. In 2015, the National Football League (NFL) settled a suit brought against them by former professional football players who suffered from suspected chronic traumatic encephalopathy for more then $1 billion.

What Is Chronic Traumatic Encephalopathy?

Although the effects of repeated concussions have been known for almost a century, the full extent of CTE only became common knowledge in the early 2000s with the case of Pittsburgh Steeler center Mike Webster, who suffered from mood swings, memory loss and dementia before his death at the age of 50. His 2002 autopsy by the pathologist Bennet Omalu, chronicled in the movie Concussion, made him the first NFL player diagnosed with CTE. Initially the NFL ignored, then actively denied the issue, and did little to protect its players. In fact, as recently as May 2016, a 91-page congressional report detailed how the NFL rescinded an “unrestricted gift” of $30 million to the National Institutes of Health when it learned the findings of a Boston University study would damage the league’s image. 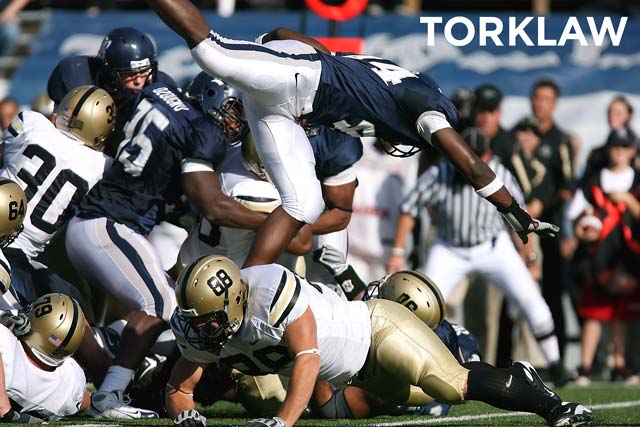 What Did the CTE Study Say?

The 2017 study, Clinicopathological Evaluation of Chronic Traumatic Encephalopathy in Players of American Football, examined the brains of 202 deceased football players of all levels (high school, college, semi-professional and professional). Of the 202 studied, 177 of them, or 87%, exhibited signs of CTE. 111 brains studied were of former NFL players, and 110 of them showed signs of CTE.

Does this mean that 99% of professional football players are at risk for CTE? Probably not. The authors acknowledge that the study was biased toward those participating in the brain donation program – people who already had concerns about brain function. In addition, there was no control group, and professional football players were overrepresented. Finally, many players in the study played football decades ago, when safety standards did not represent conditions faced by modern players.

In October 2018, Chicago Bears running back Merrill Hoge took an opposing stance with the book, Brainwashed: The Bad Science Behind CTE and the Plot to Destroy Football, which he wrote with forensic neuropathologist Dr. Peter Cummings. This book challenges what they call the “CTE hysteria machine,” fueled by misinformation in the media, and significant flaws in CTE studies, such as the one cited above. Oddly, Hoge himself retired from the NFL in 1994 due to post-concussion syndrome, and successfully sued a team doctor for not sufficiently warning him of the dangers of multiple concussions.

What Are the Legal Ramifications of This CTE Study?

In many instances, a scientific study means the difference between a successful personal injury case and a groundless one, particularly for cases where the injury cause needs clarity, like football-related injuries. These recent advances in scientific understanding have allowed CTE victims to find the justice they deserve and has led to more litigation against the NFL.

Recently, accompanying an announcement by the NFL’s chief medical officer that the league’s incidence of concussions rose 16% in 2017, the NFL has enacted a “call to action” to lower the concussion rate of its players. They implemented new kickoff rules, new hits to the helmet rules, improved quality of helmets, and are doing more to help players identify the signs and symptoms of concussions. It is probable that the league’s liability for damages related to these injuries was another reason for their decision.

What Should I Do If I Think I Have Chronic Traumatic Encephalopathy?

Football players are not the only group susceptible to CTE. The disease has been found in others who receive repeated blows to the head, including boxers, soccer players, and ice hockey players. Sadly, we also see CTE in military veterans and victims of domestic abuse.

Currently, there is no cure for CTE; the disease cannot even be diagnosed until after death.

Treatment involves managing the symptoms; mood disorders, for instance, can be treated with medication and cognitive therapy. Memory problems may be managed with training exercises and behavior modification. With the right steps, quality of life can be improved for those with suspected CTE. 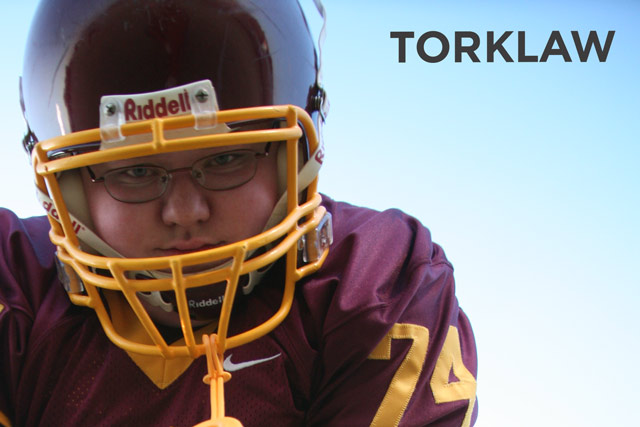 Can I Sue for My Chronic Traumatic Encephalopathy Injury?

In general, it is not easy to sue for injuries suffered from playing in organized sports. The law assumes that, when you consent to play a sport, you accept the inherent risk of injury. However, there are circumstances under which you can file a legitimate suit, as the NFL’s recent payout attests. Injuries from another player egregiously violating the rules, for instance, are grounds to sue. Injuries due to defective sports equipment (such as a poorly designed football helmet), or poor playing conditions negligently caused by others, could also be grounds for a case.

If you are considering a personal injury lawsuit for a brain injury, contact the experienced attorneys at TorkLaw. We can help. Call 888-845-9696.