Women motorcyclists are the fastest-growing demographic in the motorcycle world, with more women opting for two-wheeled (and three-wheeled) motor vehicles than ever before. What’s driving this trend, and how will it change the motorcycle industry? 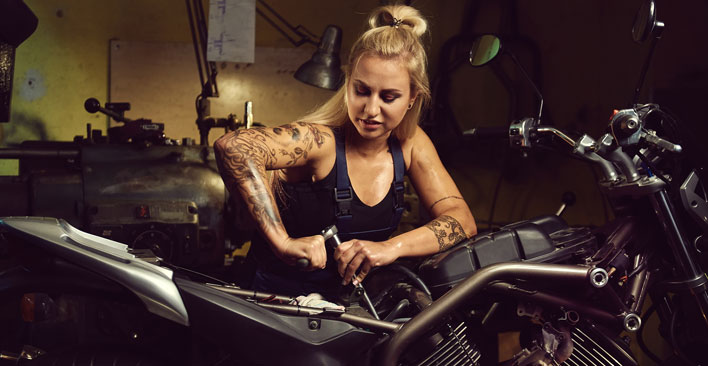 What’s behind the growing trend of female motorcycle riders?
When asked, the reasons women give for riding motorcycles are much the same as men’s: freedom, independence, a sense of adventure, community.
Women who ride tend to feel a sense of empowerment when riding. Like male riders, they view riding as a form of therapy. Women who hit the open road are often breaking away from the often-overwhelming pressures of working motherhood. They do it to build confidence, boost assertiveness, and face their fears – to drop that bike, and then get right back on it and keep on riding.
Maybe the real question is, why now?
There is a growing sense among women in today’s America that maybe we haven’t come a long way after all. More women are standing up to the establishment and to rigid gender roles. Possibly, instead of sitting around feeling marginalized, more women are choosing motorcycles as a way to assert themselves and color outside the lines (or ride between the lanes). 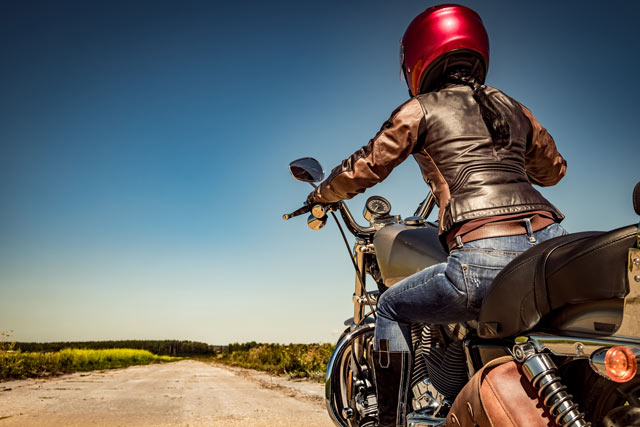 Of course, it’s not all smooth roads and full tanks for female bikers.
Researchers who have interviewed women bikers report that most said they experienced at least a minimal amount of fear when they began riding. Some fears are skill-based: operating a clutch, cornering (especially at slow speeds), and dropping it. Those are usually remedied through a combination of training and practice. Then, mastering the art of motorcycling becomes a source of pride and assurance.
Other fears are about perception and expectations. Will I be supported by my family and friends? How will male riders and the non-riding public perceive me? Who will I ride with?
Studies show these fears are also easily dispelled. 66 percent of women motorcycle owners say family and friends have a positive attitude toward motorcycles. Data shows that women riders are well-received by male riders and the public in general.
There are, of course, male motorcycle enthusiasts who don’t buy into the numbers provided by MIC. Some argue that the cruiser and café-style bikes many women like to ride aren’t really motorcycles because of the engine size.
Considering that women, on average, are smaller than men, and don’t have as much upper body strength, many are more comfortable on lower, lighter bikes. 61 percent of female motorcycle owners have a cruiser-style bike, according to a survey by Women Riders Now. Those who use engine size to define what a “real motorcycle” is may have a hidden bias.
However, these men represent only a small minority. Most male motorcycle enthusiasts are glad to see more women joining the sport.
Motorcycle manufacturers are also starting to produce more powerful bikes with a lighter weight, narrower gas tanks and lower seat height.
Another challenge women bikers face is difficulty finding well-fitting protective gear. There’s not exactly a vast choice, and smaller sizes of men’s gear simply don’t line up with the protection points on women’s bodies.
Clothing designers, take note: there is a real market opportunity for cool, comfortable, well-fitting protective motorcycle gear for women.
And if someone could design a helmet that doesn’t give you helmet hair, that’d be great, too. 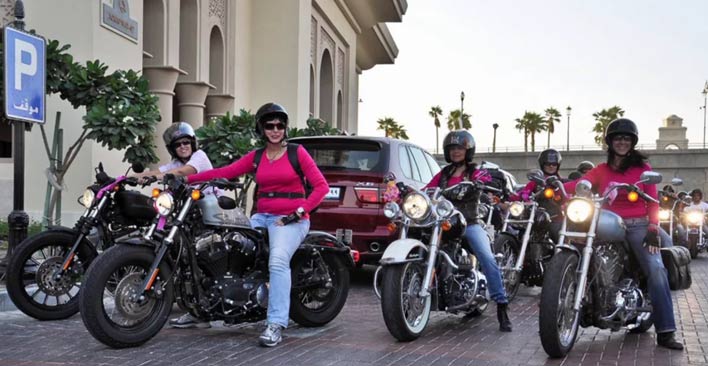 The Joy of Riding

In terms of who they ride with, many women have found kindred spirits in sisterhood communities of like-minded riders. Examples are Women in the Wind, Women on Wheels, Leather & Lace MC, The Litas. Like traditional motorcycle groups, these groups often participate in community events and raise funds for charity. But these groups bring an unapologetic feminine camaraderie and nurturing strength to what is traditionally viewed as a masculine pastime.
And in 2013, Harley-Davidson surveyed women motorcycle riders and non-riders to find out if those who ride are happier. It turns out, they are:

If you’re a veteran motorcycle rider, male or female, or if you’ve just discovered the joys of riding, TorkLaw encourages you to ride safely.
But if you ever do have a motorcycle accident, TorkLaw can help you recover. We’re motorcycle enthusiasts ourselves and understand what you’re going through. Call us anytime for a free consultation. If we take your case, we won’t charge you unless we win.

Check out our Ultimate Motorcycle Accident Guide for more information.