The Pikes Peak International Hill Climb Board of Directors announced on Friday, July 26, 2019, that the famous annual Race to the Clouds would not include motorcycles in 2020. The decision came in the wake of four-time champion Carlin Dunne’s tragic fatal motorcycle crash at the race in June 2019.

Founded in 1916 by The Broadmoor Hotel founder Spencer Penrose, the Pikes Peak International Hill Climb (PPIHC) is an invitational motor vehicle climb to the summit of the highest mountain in the southern Front Range of the Rocky Mountains. This self-sanctioned race is held annually on the last Sunday in June, about 12 miles west of downtown Colorado Springs, Colorado.
The event operates in the Pikes Peak National Forest, under a special use permit that has been in effect with the United States Forest Service since 1948. Since 1990, it has included a motorcycle program – until now.
With 156 turns on it’s winding 12.42-mile route, the race starts at the Mile 7 marker on the Pikes Peak Highway. It climbs from the 9,390-foot starting line to the 14,115-foot finish line at the mountain’s summit. Known as The Race to the Clouds, competitors must be in peak condition to simply finish this contest, as the thin air at the mountaintop reduces drivers’ muscle strength, mental acuity and response time, and reduces engine horsepower by 30 percent. 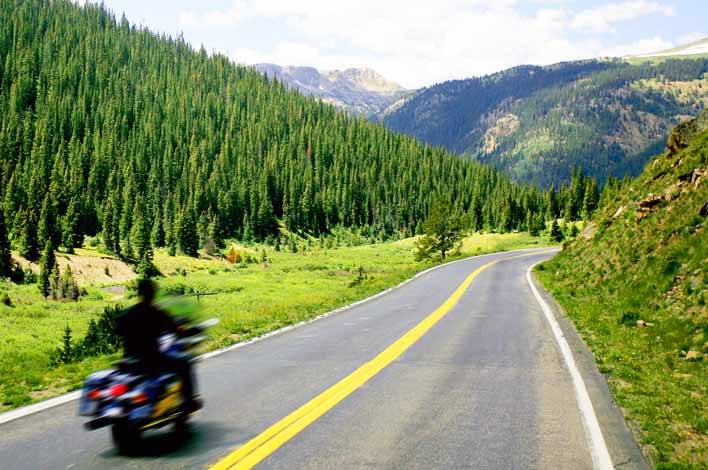 This is not the first time that motorcycles have not been included in the annual PPIHC. Of the 97 years the race has been run, motorcycles have been in only 41 of them. And more than a few of these events ended in tragedy.
The inaugural 1916 race included motorcycles, but the race was interrupted for the next three years by World War 1. After that, there were no motorcycles on the course until 1954, when they were sanctioned by the American Motorcycle Association. However, from 1956 through 1970, Pikes Peak motorcycle racing stalled again, until 1971.
In 1976, a starting line accident injured several riders. The crash was caused by poor visibility due to the dust kicked up over the first several turns.
Motorcycle racing was reinstated in 1980. This lasted for three years. In 1982, the thick dust caused another accident just past the starting line. Bill Gross went down and was fatally hit by another rider. Following this, bikes were once again banned from the race.
In 1990, they had developed a timed approach to starting the motorcycle race to cut down on the dust. Once again, motorcycle racing was held safely on Pikes Peak for the next 24 years.
Then, in 2014, Bobby Goodin, racing in the Middleweight Division, died in an on-course accident. The following year, Carl Sorenson, a Colorado rider, died during a practice run on the mountain, preparing to race his Ducati in the Middleweight Division as well.
In 2019, tragedy struck again. 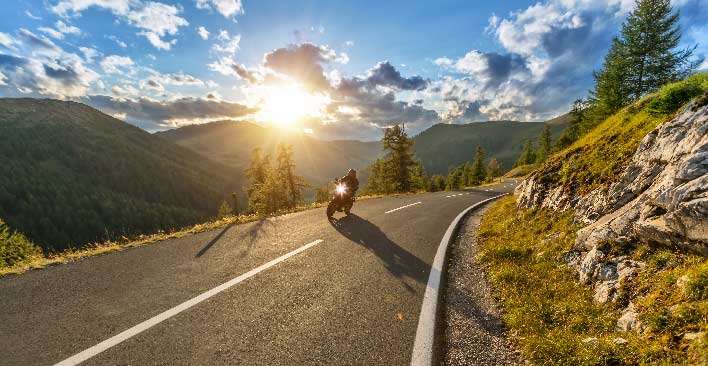 According to Dunne’s website, he was born into the sport. His father was a former competitor in the Isle of Man TT, a motorcycle sport event often called the most dangerous race in the world.
It was almost inevitable that Dunne dedicated his life to motorsports, developing a commitment to his craft, to perfect it with a focus on safety. While he participated in a risky sport, he was not reckless.
And while he was highly successful in his chosen profession, he was known by all to be gentle and thoughtful, mentoring others in the sport with a contagious smile and competitive spirit.
By June 30, 2019, Dunne was 36 years old. He was the Climb’s defending champion, having won the Race to the Clouds four times. He had won Rookie of the Year in the 2011 PPIHC, and broke the ten-minute barrier the following year, setting a new course record that stood for five years.
Then, on race day, his prototype Ducati Streetfighter V4 high-sided as he approached the finish line, and Dunne was killed in the crash.
The details of what happened remain unclear. An inspection of the motorcycle did not reveal any mechanical abnormalities, and no video of the actual incident has surfaced thus far.
Dunne’s death rocked the motorcycle racing world, although those who knew him were comforted by the fact that he died doing what he loved most.
In its statement, the PPIHC board of directors said they will make a final determination in late 2020 about including a motorcycle program in future races.

Motorcyclists understand the risks of riding, and most continue to do it because they love it. However, many motorcycle riders are injured through no fault of their own. If you were seriously injured, or a loved one was killed, in a motorcycle accident caused by a negligent driver, you don’t have to suffer alone. The experienced motorcycle accident attorneys at TorkLaw can help you receive the compensation you need to recover. Contact us today.