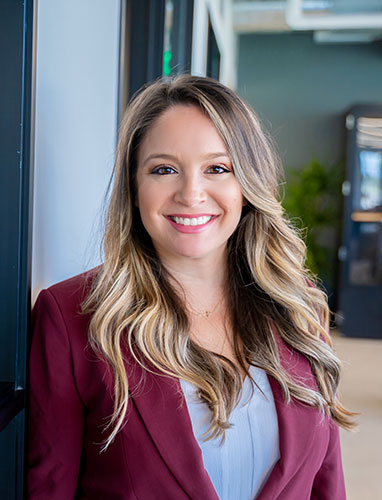 Allegra Rineer began her legal career defending physicians, nurses, hospitals, and other medical providers from claims of malpractice. After spending years defending these practitioners, she felt compelled to shift her focus to the representation of the injured party.

Today, Allegra is a plaintiff’s attorney, focusing her practice on representing the victims of sexual abuse, elder abuse, abuse of people with special needs, and those injured or killed in accidents that are the result of another party’s negligence. She has recovered millions of dollars for these victims.

A native of Orange County, Allegra grew up in Yorba Linda and attended the prestigious Orange County High School of the Arts.  She completed her undergraduate studies at San Francisco State University in 2004, earning a Bachelor of Arts in Musical Theater.  Allegra attended Western State University College of Law, obtaining a Juris Doctor degree in 2011. While there, she was named to the Dean’s Circle in recognition of her academic excellence. She was also a Tech Editor/Student Writer for Law Review and a member of the Honors Moot Court Team.